Brown liquid dripping out of the bathroom fan is something that very few of us would expect to happen. But it’s actually a common occurrence, and the reason that this happens is pretty logical and can be easily fixed.

Brown liquid dripping from a vent seems like a serious and complicated problem to resolve. The fixes are, in fact, very straightforward and logical once we understand what the brown liquid is and what causes the brown liquid to drip from the fan.

Poor duct insulation, weak fans, too many ducting bends, broken ducts, and damaged dampers cause condensation inside and outside ducts. This can pick up dirt from the ducts and drip as brown water from the fan or around the vent cover. Damaged terminal vents allow dirty rain/snow into ducts.

What Is the Brown Liquid Dripping From Fan?

Brown liquid dripping from the fan is dirty water. There are a couple of sources of dripping water in a bathroom fan system. And there are a few ways that this water can pick up dirt and grime, turning it brown before it drips out of your fan’s vent.

Sources of the Water

Showering and bathing generate a lot of moist air inside a bathroom.

Water vapor is formed and released into the air as the water heats up. Then, as the water vapor cools down, it returns to liquid form, accumulates, and becomes condensation.

Bathroom exhaust fans are used in most modern bathrooms, with their primary function being to eliminate all moisture build-up resulting from bathing or showering. The exhaust fan does this by sucking up and expelling the steamy air along an exhaust duct that leads to the outside of the house.

In poorly working exhaust systems, the moisture-laden air will not exit the duct before it starts to cool, resulting in condensation formation inside the duct.

The condensation accumulates on the ducting walls and starts running to the lowest point in the system, usually the fan’s indoor vent.

The following are the most common causes of condensation build-up inside the ducts:

Many bathroom exhaust ducts vent through the roof, where a vent cover protects the opening. The vent cover is constantly exposed to the elements, so the possibility exists that the cover can become damaged over time.

When snow builds up on the roof and starts to melt, water can find its way into the exhaust duct and run all the way back down into the bathroom.

Warm air exiting the bathroom vent can cause the snow located around the vent to melt. If the height of the snow is level or higher than the vent’s opening, the vent can act as a funnel and allow water to enter the duct if it is not well designed.

A faulty cover can also allow dirty water into the ducting during rainy weather, especially when accompanied by driving wind.

Rain and snow can also get into the ducts or run down the outside of the ducts if the flashing of the vent cover is compromised in any way.

Very high humidity levels, such as those found in tropical or warmer coastal regions, can potentially cause your bathroom fan to drip. The combination of atmospheric humidity and moist air generated by a shower or bath can create more moisture inside the duct than the fan can efficiently expel, even when working 100%.

Sources of the Dirt

Bathroom fans are great at extracting the moist air out of the bathroom. But along with the air, they also draw lint and dust particles into the exhaust duct. Most of the dirt is expelled, but some will attach itself to the duct’s internal surfaces.

When condensation forms inside a dusty duct, the water droplets mix with the dust resulting in a brown liquid dripping from the bathroom fan.

It’s recommended that a bathroom duct should be cleaned professionally once a year to ensure the ducting remains in good working condition.

Bathroom fan exhaust ducts typically run through the ceiling, crawl space, attic, or even the walls spaces. These areas are fairly spacious and not airtight.

A draft blowing through these spaces carries dust into them. This dust can settle on the outside of the exhaust ducting.

If the duct is poorly insulated, condensation can form on the outside of the duct during hot spells, when the duct air temperature is lower than the temperature of the air surrounding the ducts. Eventually, you will notice dirty water dripping from around the fan vent (not from the fan vent itself).

In addition, if a duct is damaged, the opening will allow dirt or dirty water on the outside of the duct to enter the ducting, which can then run out through the fan.

Dirty water in the form of melting snow or rain can find its way into or run down the outside of the bathroom duct if the vent cover or external waterproofing seal around the duct is damaged.

Before rain and snow reach your roof, it is exposed to various contaminants such as particles from the air, dust, smoke, soot from coal fires, pesticides, and even harmful contaminants, which cause the rain and snow to get dirty.

Once the rain and snow lands on the roof, it combines with additional debris, such as organic matter and degrading roofing materials, etc. All of which can find their way into your bathroom through the duct when swept along with running water.

How to Stop Brown Liquid Dripping From Fan

Insulating the duct creates an effective barrier against temperature differences between the air surrounding the ducting and the air that passes through the duct.

DIY insulation installation is pretty simple, provided the ducting is exposed. The most frequently used insulation is fiberglass-based, while thermal rubber insulation is popular for spaces where the duct is visible due to its neat appearance. 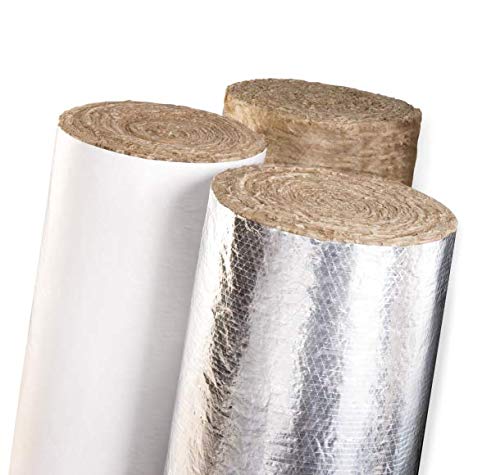 Upgrading the insulation surrounding a duct may well be necessary if the existing insulation is either too thin or doesn’t insulate the entire length of the ducting.

An intermittently dripping vent indicates that the vent is not insulated well enough and is affected by ambient temperature conditions. Adding additional insulation to the duct will reduce condensation and prevent dirty water from dripping.

Insulate the Rooms Around the Ducts

In areas where extreme temperature fluctuations are the norm, standard duct insulation may not be sufficient to stop condensation from forming due to the air in the ceiling, attic, or crawl space through which the ducting runs becoming too cold or too hot.

Thermally insulating the space or room through which the duct runs will stabilize the ambient air temperature in these spaces and prevent condensation from forming.

A break in the exhaust duct creates an escape route for the air being driven down the bathroom duct by the fan. The escaping air results in a loss of momentum of the air passing through the duct.

The slower traveling air has more time to cool, resulting in condensation forming inside the duct that can cause dirty water to drip from the fan.

A worn-out bathroom fan will have lost its ability to effectively extract air from the bathroom and expel it out the duct. A similar problem arises when a bathroom fan is too small for the size of the room, resulting in ineffective air extraction.

In both instances, the fan should be replaced with an appropriately sized fan for the room and the duct’s overall length.

The harsh external conditions take their toll on the external vent and the sealants used to waterproof the seams between the roofing materials.

A damaged external vent should either be repaired or replaced. Some vent covers may even be rusted, requiring the rusted section of the duct to be replaced. 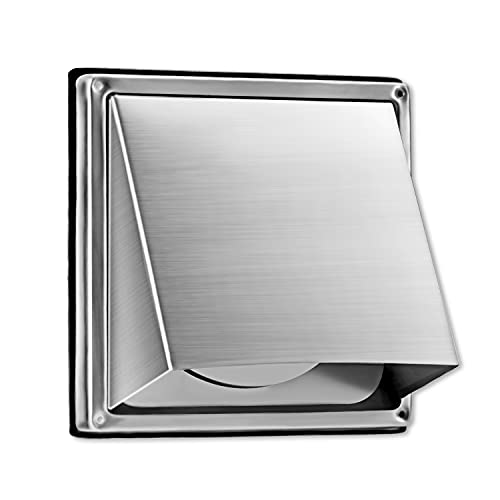 The spaces between the duct and the roofing material are usually closed using a sealant or waterproof membrane. Over time these sealants can degrade or become detached from the ducting or roofing material. Resealing the seams or gaps will provide a watertight seal.

You might think that sorting out the dripping means that you don’t have to address the dirt. After all, no water means no dirty water either.

However, the dirt should still be dealt with even if your fan is not actively dripping from condensation or precipitation water in the ducts.

If you end up taking a long steamy shower, or everyone in the house needs to shower one after the other for some reason, then your fan might not be able to get all the steam out of the bathroom, and it could result in condensation before even reaching the duct.

In other words, moisture can condense on the fan’s indoor vent cover or in the very first portions of the duct. If your fan is dirty, then the condensing and dripping water would pick up this dirt and it would end up as brown streaks down your white walls.

Furthermore, a build-up of dirt in the duct can reduce airflow over time or clog up the backdraft damper flaps, so they don’t function properly, allowing exhausted air to flow back inside, which leads to moisture and draft issues.

Then again, the options to prevent dripping might be out of your budget at the moment and the most you can do is change the dripping water from brown to clean.

Bathroom vent covers should be cleaned at least twice yearly, while the ducting should be inspected and cleaned annually. You can also rinse off your roof a couple of times a year.

Red/Orange Tint to the Brown Liquid

Brown liquid dripping from your fan is pretty bad. However, if there is a red/orange tint to the brown liquid, this can indicate corrosion somewhere along your bathroom ventilation system.

Ducting is generally made from thin sheet metal, which can rust over time. Unsupported duct sections can sag slightly, causing moisture to dam up inside the duct. Rust can form if the moisture remains in the same place for extended periods.

If left unchecked, the rust can create cracks and even cause the duct to break. Thus, it is vital to locate and address the corrosion because it causes further damage.