Built-in closets have become expected features in most American homes, so it may come as a surprise to many to find that the trend never really caught on in Europe. Since their inception in around 1840, the popularity of built-in closets in the USA skyrocketed while homeowners in Europe continue to prefer movable storage units.

Of course, everyone needs a place to store their clothes, but the use of free-standing cupboards and movable storage chests continues to prevail in Europe. While this may be inconceivable to many, there are a few surprising and practical reasons for this phenomenon.

Built-in closets are uncommon in Europe because homes are often smaller. Historically there was no need for large clothing storage areas as average people had limited possessions. Built-in closets limit the way that space is utilized, so Europeans usually prefer free-standing, movable cupboards.

The Houses Are Older in Europe

The way homes are constructed in Europe often differs considerably from how they are commonly built in the United States. Solid stone or brick walls can last for centuries, and the oldest residential street in Europe, Vicar’s Close, has been inhabited continuously for more than 650 years.

In time gone by, before modern heating systems and plenty of warm clothing, rooms needed to be snug and cozy; easy to kit out in rugs and wall hangings, and to be heated by a fireplace. In other words, they needed to be smaller. As such, the design of many older homes throughout Europe is compact.

Furthermore, it was desirable for many houses to be situated close to the village center. This meant a higher density of people over a smaller area, and the design of homes in Europe houses reflects this history.

Form follows function is a design principle that states that the design of an object should relate to its intended purpose. Until fairly recently, most ordinary people didn’t have a lot of clothes. Only nobility or the ultra-wealthy would have had more than a few outfits.

Practically, having a moveable storage space made more sense as people could move about and take all their belongings along inside a convenient storage unit. In the days before light, wheelie suitcases, you needed your belongings to be compactly packed and safe from the elements when you needed to move.

Since historically most people only owned a handful of clothing, there was no need to plan for loads of storage space for fashionable outfits or accessories.

Besides their everyday work clothes, gents may have had one formal outfit to wear to church, dances, weddings, and funerals, and ladies would have had a handful of dresses that they accessorized or altered to suit various occasions.

Clothing and linen were stored in movable chests or armoires. As clothing became more accessible to everyone, the need for more closet space increased, and in larger homes, built-in cupboards became popular. However, in Europe, the amount of available floor space did not increase, so the trend never caught on.

Before the era of televisions and personal computers, people visited each other and socialized more. The design of homes wasn’t set up for large amounts of individual items for a particular person.

Shared spaces like dining rooms, kitchens, and living room spaces took precedence over bedrooms which were used only as functional dressing and sleeping areas.

Living rooms, or drawing rooms as they are called in Europe, are the comfortable seating areas near the home entrance where guests would gather and visit. Since multiple people used this area, it was often the most spacious, comfortable, and well-decorated room in the home.

In historical times, shared spaces often contained important family items, many of which were bulky. Wealthy families may have owned a piano or other musical instruments for entertainment. Ladies needed space to do needlework. People generally didn’t spend much time in their bedrooms unless they were ill, so keeping them as small and compact as possible made more sense.

Historically, only very wealthy people or nobility would have had spacious rooms in their homes. Ordinary working-class people often lived in cramped, overcrowded houses that needed to accommodate multiple children and any relatives who required a place to stay.

Dressing and sleeping were regarded as functional requirements that didn’t require much space.

In addition, it often made economic sense for families who owned homes to take on a boarder. By keeping the rooms small, more people could fit into each house, and it was just more practical.

Keeping the rooms and their furnishings fluid and changeable meant that rooms could be adapted for the required situation. A child’s nursery could quickly become a study or spare room for a widowed aunt.

European Houses Are Smaller on Average

The United States is a country with plenty of space, and affordable land is available, especially if you are willing to live a little further from the city center.

One plausible theory about why American homes are so much larger than many European homes asserts that larger homes are less about the availability of land and more about the rise in popularity of the automobile. The excellent network of highways and low gas prices made traveling easy, so living close to work became less of a priority.

While Europeans were rebuilding after the ravages of World War II, Americans were able to spread their wings and sprawl out across vast areas. Stands could be more extensive, so the size of houses naturally evolved to reflect this trend.

In contrast, land is at a premium in Europe. Cities and country areas are more defined. Community areas are more common, so instead of having a sprawling back lawn on each house, Europeans are more inclined to have public playgrounds in parks and shared spaces.

Homes in Europe also tend to be more compact and functional, so devoting space to built-in closets makes less sense than utilizing other movable storage options. This comparison of the average house sizes between the United States and some European countries clearly shows this remarkable size difference.

Built-in closets are a modern convenience, but they may not be the most effective use of space, especially in tiny houses. Building a closet as a non-movable fitting means that the space will forever be dedicated to storage unless you do a renovation.

When rooms are small, floor space needs to be maximized. Retaining a blank canvas that can be constantly adapted and changed becomes a sensible and practical storage option.

A movable cupboard can be an attractive feature in a bedroom, but it can also quickly be removed, and the space can be utilized differently. The same wardrobe could become a tool cupboard in the garage or a linen closet in a laundry area.

When you walk into a room with a built-in closet, your decisions about how to arrange the rest of your furniture are already half done, and the closet isn’t budging! There are many storage options besides only built-in closets.

A quick tour through the Swedish company IKEA website is proof enough that Europeans have mastered the art of cleverly storing their belongings without the need for built-in closets. 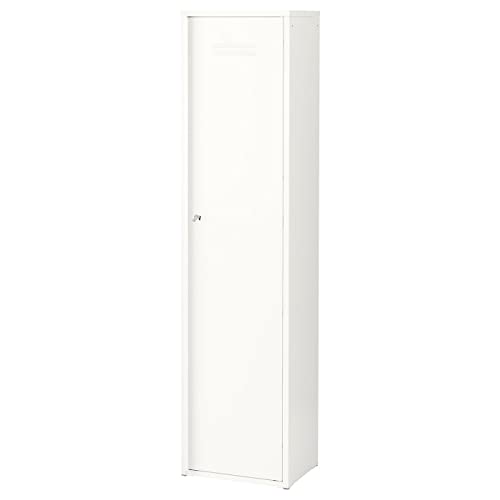 If you are interested in learning more about how history can affect house design choices, you can read my article on why fences are so uncommon in the Midwest.