Ceiling fans are largely thought of as cooling devices, but once you factor in the possibility of aiding in making a room feel warmer, suddenly, ceiling fans are much more complicated.

If you are able to choose the direction of your fan rotation, you can save energy costs by strategically reversing its direction according to its location, the time of year, and what heat or cooling devices it is used with.

As you are here for all the information you need to know about ceiling fan direction, you must have a reversible fan; one that is able to spin both clockwise and counterclockwise.

If you are not sure, however, there are ways that you can tell. The easiest way is to look for a reverse switch. This will be on the fan itself.

Most often, the toggle switch will be near the motor housing, by the side of the fan assembly, or within the light fitting (you’d have to remove the light shade to find it here).

If you don’t find a switch near the motor housing, there still may be a chance that it’s on your remote or wall switch.

Otherwise, reading the manual or consulting the internet can help with discovering if your ceiling fan has a reversible direction and where the switch is.

You can also use the production date as a good indicator.

The blades of a ceiling fan are pitched, and because they are pitched, they can scoop air effectively to create airflow. 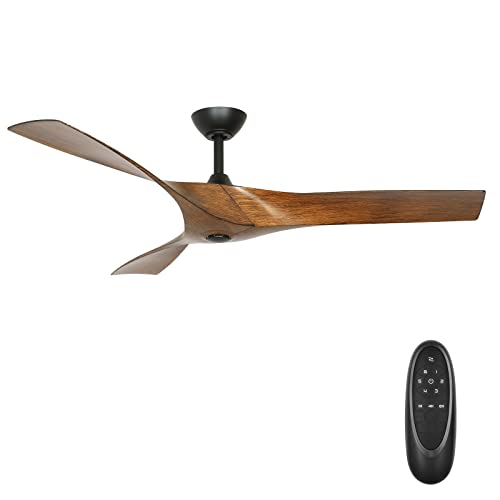 Ceiling fan direction matters because of this pitch.

Counterclockwise rotation is also known as summer mode. In this rotational direction, the highest point of the blade is leading and the air is scooped along the blades and pushed downward.

To visualize how this downdraft is produced, you can read through the section on “Inferences Based on Blade Pitch” in Which Way is Counter Clockwise on a Ceiling Fan?

You can tell if your fan is turning counterclockwise by feeling the downdraft underneath the fan or by standing below it while it is on low speed. If you look up, you should see the fan moving in a circle from right to left.

Viewing your ceiling fan blades from the side can also tell you the mode your fan is in, as long as they are going slow enough so that you can see which part of the blade is leading. For summer mode, the higher part of the blade should be leading.

Counterclockwise ceiling fan motion is called summer mode because it is the ideal direction for cooling. In addition, to provide airflow, which eliminates hot pockets of air around the room, it also creates wind chill.

Wind chill benefits the occupants positioned in the flow of air as heat from their bodies is blown away, cooing them down.

Clockwise rotation is also known as winter mode. In this rotational direction, the lowest point of the blade is leading and the air is scooped along the blades and pushed upward.

To visualize how this updraft is produced, you can read through the section on “Check the Blade Pitch” in Which Way Is Clockwise On A Ceiling Fan?

You can tell if your fan is turning clockwise by putting it on high speed and standing below it. You should only feel a slight movement of air if it is in winter mode. If it’s in summer mode, you will feel it forcefully.

In addition, just like with counterclockwise rotation, observing the fan rotating from below can let you know its direction. The same goes for watching the blades from the side.

However, if you stand underneath the fan and look up, the blades should be moving from left to right in winter mode, and if you look at them from the side, the lowest point of the blade should be leading.

When the fan is spinning clockwise, the air above the ceiling fan is displaced by air being pulled up from the lower regions of the room.

Although there is no warming effect in this airflow like there is a cooling effect, air circulation can make a room feel more comfortable since it can eliminate cold spots in the room.

Other Factors That Influence Best Direction

Use in Conjunction with Other Systems

Although counterclockwise rotation has the added cooling effect of wind chill, it is not as effective as using an HVAC unit to cool your home.

The same goes for clockwise rotation for colder months. Winter mode is even less effective because there is no warming effect, just increased circulation of air.

To efficiently cool your home, your ceiling fan can be used with air conditioning or central air. The wind chill factor means that you feel colder at less extreme temperatures, so the thermostat doesn’t have to be set so low.

In winter, using the central heating with the fan can ensure that the hot air doesn’t all gather at the ceiling as it is naturally inclined to do.

You end up setting the thermostat to a less extreme temperature because you actually benefit from the incoming heat as opposed to losing it to the ceiling.

The effectiveness of a ceiling fan and which direction is best depends on the location of the return vents and registers for the HVAC system; whether they are in the ceiling or upper parts of the room or on the floor or lower parts of the room.

The clockwise direction of the ceiling fan would pull up cool, dense air from near the floor to displace the warm air near the ceiling.

This takes cooler air out of the occupied parts of the room and causes warm air to enter these areas where they can benefit the occupants more.

The best placement for a ceiling fan with a wood-burning unit is directly above the unit. The heat generated by the unit is collected here and a ceiling fan would be able to redistribute this heat best if located where it collects.

While with an HVAC unit, the registers and return vents of the ducting must be accounted for, with a mini-split AC unit, vents and registers do not have to be dealt with.

This is because mini-split AC units are ductless and they provide only one output for cool air, which is located in the indoor unit.

Although a lack of ducting means less loss of energy through transportation, it also means that there is only one location for where the cold air is coming from.

In order to move this air around the room, fans can be used.

A ceiling fan directly above the unit (or as close as possible without violating clearance rules) would ensure that the fan is able to distribute cold air the most efficiently.

Both directions can be used to evenly distribute the cooled air around the room, but counterclockwise rotation will also add wind chill to this.

In their own way, humidifiers are like heat-generating appliances.

Although their purpose is to decrease the dryness of the air, the humidified air they release is warm since warm air captures and holds heat better than cold air.

Because of this, the best ceiling fan direction would depend on your goal.

If you would like to warm a room, clockwise rotation would ensure that the heated air from the humidifier would be dispersed evenly through the room and forced into the occupied spaces instead of gathering at the ceiling.

However, if you’d like to humidify a room but decrease the warming effect of the dehumidifier, counterclockwise rotation would generate a wind chill effect and make the room feel cooler.

Location of the Ceiling Fan