Running your ceiling fan while the room’s windows are open is something you may want to try to cool a room down. In reality, opening a window may help cool a room, but, as I’ve found out, a few factors influence the result. One of them is the direction in which the fan turns.

Knowing which way your fan should turn when running your ceiling fan with an open window allows you to enhance the benefits of the often cooler outdoor air.

The best direction for a ceiling fan is typically counterclockwise when used in conjunction with an open window to provide cooling.

There are exceptions depending on the location of the fan with respect to the open window. We go through these in the next sections. For now, let’s assume the fan is in the center of the room.

A ceiling fan is very effective at circulating air; however, a fan can’t physically cool a room down. Opening a window, however, can reduce the ambient temperature—provided the outside air is cooler than the air in the room—and then the fan can circulate this cooler air. 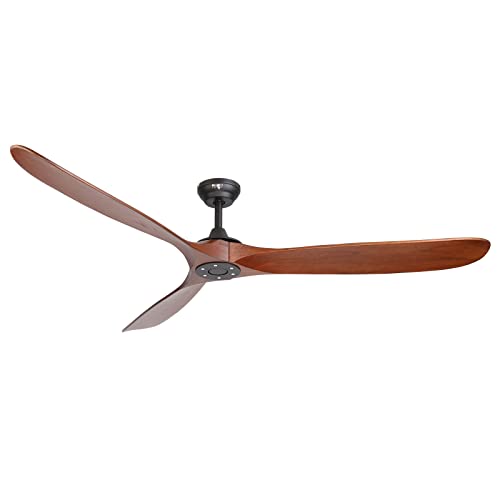 In addition to circulating the cool outdoor air entering the room, the fan creates wind chill (regardless of if you are sweating) and evaporative cooling (if you are sweating). These two mechanisms can help you to feel cooler as the air blows over you.

As the ceiling fan spins counterclockwise, it pushes air down and displaces air upwards at the sides of the room. In cyclical fashion, the air at the room’s sides is simultaneously sucked up and drawn towards the ceiling as the air surrounding the fan is pushed down. Air from outside is also pulled in by this movement.

This is what provides effective circulation of air throughout the room.

As the air circulates inside the room, the air entering the room from the open window is pulled up towards the fan and becomes the air surrounding the fan, which is forced down into the room. A constant stream of cooler outside air will dilute the warmer air inside the room, cooling it down.

A ceiling fan located close to a window and rotating in a counterclockwise direction may limit the air entering the window due to the downward flow of air generated by the fan.

The restricted entrance of cool air also means that the air most in need of circulation, i.e., the air that is furthest from the window, gets the least amount of air movement.

In this case, it may be beneficial to experiment with the fan’s clockwise rotation (winter mode). In this mode, the air is drawn up instead of pushed down, and the flow is typically less concentrated.

The gentler upward movement of air may allow and encourage the air to flow through the window and be caught up in the fan’s airflow, lowering the ambient temperature in the room.

Of course, the clockwise rotation of the fan will make the lack of airflow on the other side of the room more pronounced as the airflow is gentler. You also lose out on the wind chill effect from the fan.

If you are hoping to use your ceiling fan and open windows to effectively cool your room, you should consider moving the fan if it is placed too near the window.

Fan Too Far From Window Is Also Less Effective

In larger rooms where the fan is located furthest from the window, the benefit of operating the fan while the window is open will be limited.

When only one fan is fitted in a large room (sometimes, you need multiple fans in larger or longer rooms), the effective movement of air would be limited to the area under and around the fan, and the greater air circulation might not reach all the way to the window.

Air can still passively enter the room from outside and move within reach of the fan’s circulation zone. However, it is unlikely that the fan will help to pull air in from outside through the open window.

Running the fan counterclockwise at a high-speed setting would offer the best chance of drawing at least some of the cooler air into the furthest areas from the window if you have this setup.