I always say that there is no point to a ceiling fan if you don’t sit in the same room as it. This statement is true, but the caveat is that I have been referring to using the fan to cool you in those instances. There is another reason to use a fan.

Ceiling fans can be instrumental in the air circulation system in your home, depending on where they are located. In this role, they are used a little differently than when they are used to cool a room, but they can be beneficial and effective.

Purpose of a Ceiling Fan at the Top of Stairs

The primary function of a ceiling fan is to cool the occupants of a room by blowing air over them. Generally, I recommend installing fans in a space that you occupy enough to make use of this.

Stairs are go-betweens. You don’t habitually sit in the stairwell, so technically, there is no traditional cooling benefit of putting a fan at the top of the stairs.

However, that does not mean you won’t get other benefits from installing a ceiling fan there. It’s just not the main function of the fan. At the top of stairs, a fan’s purpose is to help air circulation throughout a multi-story house.

In winter, your aim is to evenly distribute warm air throughout the house. You don’t want it all rising and gathering in your attic where it’s of no use to anyone. For a ceiling fan in your stairway to be the most helpful in winter, you should set it to rotate counterclockwise (the summer mode).

In summer mode, the fan’s blades rotate with the highest points of the pitch leading, which results in air being pulled from above the fan (so, from the upper floor), and this air is pushed down through the blades (to the lower floor). This will help to redistribute heat.

There are a few factors that will help the stairway ceiling fan to be more effective: 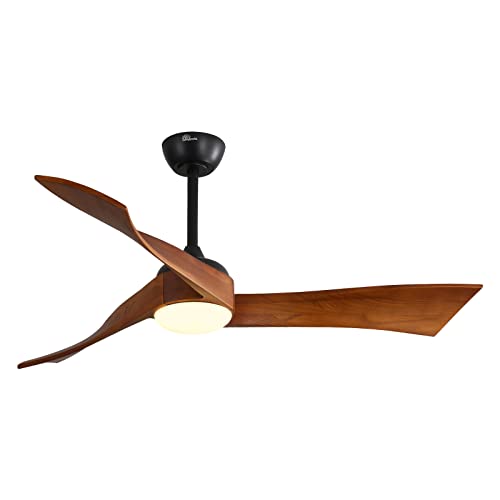 In summer, you will want to distribute cold air throughout the house. Cold air concentrates on the lower floors of the house, particularly the basement, so you are going to want to move the air upwards. You can achieve this by setting your fan to rotate clockwise (winter mode).

In winter mode, the blades rotate clockwise, meaning that the lower points of the pitch are leading and air is being pulled up from below the fan (the lower levels) and is being pushed out above the fan towards the upper floor.

If your fan is at the top of your basement stairs, this airflow direction can also help prevent the sinking of cold air if you use the AC in the rooms above.

There are also some factors to consider when using a fan like this in the summer:

Your HVAC system may be working less efficiently because of how air collects in different areas of the house.

Installing a ceiling fan in a stairway to aid the circulation of air throughout your house is an excellent way to even out your home’s temperature and thereby help lower your electricity and fuel costs.

In winter, hot air can rise to the upper areas of the house, leaving the downstairs areas (where the thermostat is) cold. Because of the lack of heat distribution, your system can end up working harder. While in summer, cold air from the AC may end up collecting in the lower areas of the house while you are sweltering upstairs.

The fan will help to mix and balance out the different air temperatures in the house so that your thermostat is catering to the average and not to the extreme.