In houses equipped with wall ACs, underfloor heating, and/or full HVAC systems, appliances like ceiling fans have taken a bit of a back seat. However, the ceiling fan is by no means an irrelevant technology. There are still many houses without HVAC systems and the like. Additionally, ceiling fans can enhance these systems, making them useful in rooms that you occupy for many hours in a day—like bedrooms.

After reading this article, I hope that you are no longer on the fence about installing a bedroom ceiling fan.

Ceiling fans are great in bedrooms, especially in hot climates. They provide cheap cooling in mild months and lower HVAC bills in extreme ones. They prevent people getting too cold, take up no floor space, and keep bugs away. Blowing air and white noise can irritate some. They are dangerous with bunk beds.

Are Ceiling Fans in Bedrooms Outdated?

We all like to think that we are free from the fetters of popular opinion and societal acceptance, but the truth is that many decisions are unconsciously—if not consciously—made with these considerations in mind.

Now, it’s important to understand that conforming to what is popular is not always bad. Avoiding the pressure that comes with “keeping up with the Joneses” is vital but feeling like we fit in is beneficial for our mental and emotional health.

Stylish home designs are also important for potential house sales, so there is an entirely practical aspect to it.

So, are ceiling fans outdated? The answer is no.

Ceiling fans are not purely aesthetic and the function of the fans almost guarantees their continued design relevance. Only when the technology becomes superfluous will ceiling fans truly fade into obscurity.

In addition, the style of ceiling fans and the materials used to make them change over time to match interior design-trend changes.

If you ever wish to upgrade your fan to give it a more modern design, it’s fairly low cost. On average, it costs $150-$350 to replace a fan. 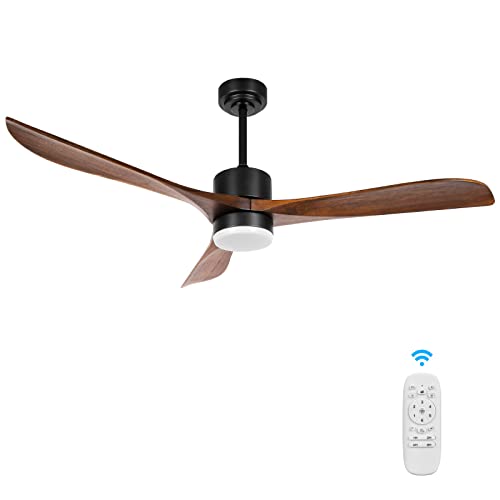 Now, just because they are still relevant, doesn’t mean that they are all pro and no con. The advantages and disadvantages of these devices will be what determine if you should install one in your bedroom.

Advantages of Ceiling Fans in Bedrooms

Save Money and Energy

This is possible because fans use windchill to cool your body down, making the perceived temperature lower than the actual temperature. Because you feel colder, you don’t need the room to be as cold.

The same principle applies in winter when the fan is set to winter mode and the heating is on.

Additionally, if you live in a particularly warm region and need to run AC throughout warmer months, you can use a fan in the cooler transition months when some cooling is required but an AC is overkill.

Less Likely to Become Too Cold at Night

The human body temperature naturally drops at night as part of our circadian rhythm. Because of this, it can be difficult to keep the room at a comfortable temperature using an AC. You set it to be comfortable when you go to sleep, but then it’s far too cold during the night.

A ceiling fan will also make you feel cool enough to go to sleep, but there is an easy solution when your body temperature drops during the night. This solution is based on how fans work in comparison to AC.

So, it’s easier to keep yourself warmer or cooler as a fan runs. If it’s too warm, you can expose more skin. If it’s too cold, you can pull up the blankets. Technically, if your skin is covered and the air cannot penetrate the material, the fan is no longer able to cool you further.

You’ve probably experienced the bone-deep cold of sleeping in an overly cold room. You went to bed comfortably, but you wake up with your teeth chattering, realizing that you’ve spent the last few hours in fitful sleep.

This is because your body has been trying to wake you up so that you can do something about your too-low core temperature. Every now and then, this is unpleasant. Long term, it is a significant problem.

Low-quality sleep for extended periods of time can have major ramifications on your health, including contributing to the negative effects of diabetes, obesity, cardiovascular disease, and brain issues.

Ceiling fans can be highly effective at reducing the number of bugs in a room or at least around you. This is particularly true for weak fliers and insects that are attracted to humans, such as mosquitos.

A blowing fan helps keep away these flying insects as the power of the wind produced by the fan can be too strong for many bugs to fly against its resistance.

In addition, as fans move air throughout the room, it makes it harder for insects to pick up on the scent of humans. This keeps them from coming near you, as they won’t be able to find you.

Noise Can Be Soporific

The sound of a ceiling fan blowing can be soothing for many as they sleep, and is a popular sound used for white noise.

There are studies done on background noise and sleep, but the results are inconsistent. Some found that it helps people sleep quicker, while others found that it has no effect.

However, it’s clear that many enjoy a fan’s sounds and believe it helps for sleep, so if it’s a personal preference of yours, a fan may be a good idea in the bedroom.

Ceiling fans are great for saving space as they are kept off the floor and surfaces. This makes them a better alternative to pedestal and box fans.

Saving space can be very important for smaller homes, so putting in a ceiling fan is a good way to make room for other things.

In addition, non-ceiling fans can be an eye-sore in a room; they are often less aesthetically pleasing than ceiling fans. Even if they can be stored away, they can take up valuable storage space that could be used for other things.

Disadvantages of Ceiling Fans in Bedrooms

Noise Can be Annoying

Although some people enjoy the sound of a fan as white noise, others may not like it. In addition, some fans may squeak or make unintentional noises that can be irritating.

As your ceiling fan ages, noise issues will likely be more and more common as the fan wears down and needs to be fixed more often.

In addition, there is maintenance that needs to be done to avoid a noisy ceiling fan. This includes things such as tightening all parts and cleaning the blades regularly, which is a lot of work over time.

A noisy fan can be harmful when it comes to sleep, especially if it keeps you up at night. As I previously mentioned, there are many health risks that come with a lack of sleep over a long period of time.

Blowing Air Can Disturb Your Sleep

The first way is that blowing air can, itself, be noisy.

The second way is the actual moving air can be annoying. The constant pressure against our skin can irritate us mentally and physically. Personally, when my hair is blown into my face, I am instantly irritated.

A third way is that as a fan blows air around in a room, it can also kick up dust, pollen, and other particles that may be present in the room. This can increase your exposure to these irritants, which oftentimes can lead to throat and respiratory symptoms. These include a runny nose, sore throat, coughing, etc., which may keep you up at night.

One final way a blowing fan can disturb sleep is by making you cold. Yes, you can pull the blankets up, but a certain level of consciousness is required to problem-solve and execute the action of covering your body.

As with anything, ceiling fans do have the potential to be dangerous, especially when children are involved.

With a ceiling fan in the room, things like jumping or playing on the bed can result in injuries to heads, arms, and hands. Although ceiling fan blade head injuries are relatively rare, one of the three most common causes of these injuries is children getting their heads caught in a fan that is located above a bunk bed.

In the case of regular beds, you may want to consider installing the ceiling fan higher. You will just need to look at the optimal clearances to see if this will make the fan pointless in terms of its function.

Although it’s rare, there is always a possibility a fan may fall. It’s hard to calculate the chances of this, but some say there is a 1.7% chance of a ceiling fan falling. Yet, there are many factors that make a fan more likely to fall. These include how it was installed, if it has come loose over time, and if it’s on or off.

Taking all of this into account, ceiling fans are beneficial in a bedroom in places with a hotter climate, especially if heat causes trouble sleeping.

As I have covered in this article, there are many health risks that come with not being able to sleep, so if a fan can help do that it would be smart to get one for your bedroom.

Even if the home already has AC, a fan is still a good idea as fans are a cheaper option for transition months and they can lower your AC costs.

Of course, if you cannot bear to sleep with air blowing over you, then they are not a good choice (consider an air circulator instead). 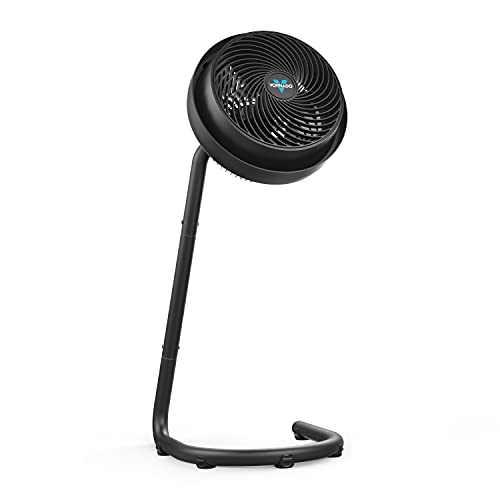 Bedrooms are certainly not the only rooms that can benefit from ceiling fans, however, there are some spaces and rooms where it would not be prudent to install these appliances. You can find out more in What Rooms Should Have Ceiling Fans.