We use a lot of different electrical devices every day but most of the time we don’t think about how they actually function or are they even working as they should. This is of course until something breaks or stops working completely.

One sign that something could soon malfunction may be that a motor is running too hot, but is it always the case? Let’s find out how hot is too hot!

The ceiling fan motor should get warm or even hot to touch. Because no motor is 100% efficient and some of the energy is always converted into heat. This is why brushless DC motors produce much less heat compared to AC motors.

How Hot Does a Ceiling Fan Motor Get?

Most of the ceiling fans on the market today have AC motors. Their operating temperature is quite high and depending on the speed of the fan and temperature of the room it can be even considered hot to touch. 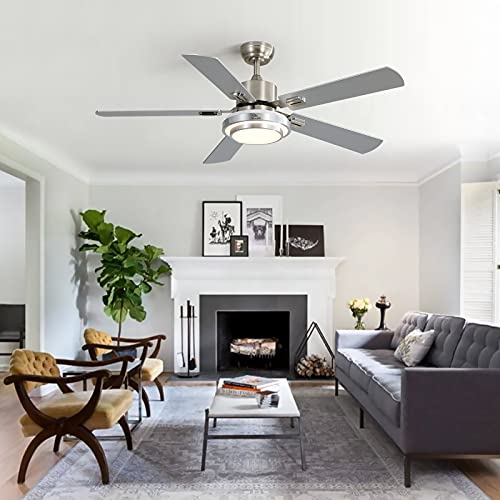 The other type of motor used on ceiling fans is a DC motor. DC motor are much more efficient and will not get as hot.

The most common motor used in ceiling fans is an AC motor. While they do get quite hot they are designed to handle the heat even when you run the ceiling fan on max speed for extended periods of time.

So it is not a good idea to put your hand on the motor when you have used your ceiling fan on max speed for a longer period.

As we mentioned before that the motor of the ceiling fan can get quite hot. By using your hand to feel the temperature you can even end up with a burn. That why we recommend using an infrared thermometer to measure the temperature to be safe and to get an accurate measurement. 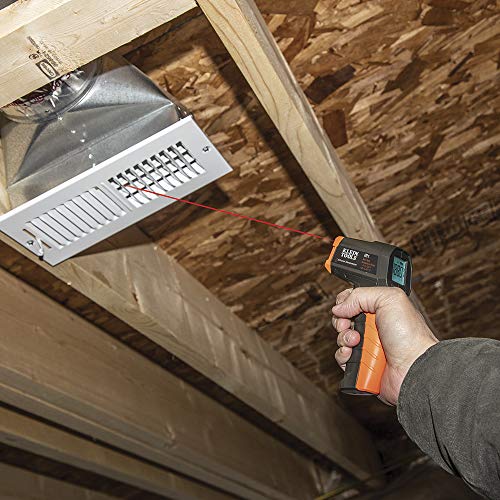 An infrared thermometer can also be used for various other purposes.

There are also DC motors. They come in two varieties brushless and brushed. Brushed motors are almost never used on ceiling fans. So if you find one with a DC motor it is most likely brushless.

A 50-watt fan will generate about 5 watts of heat. Most of this will be dissipated by the fan housing. 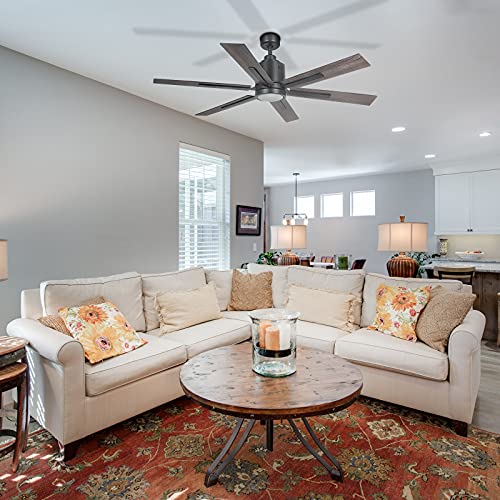 Brushless motors do not create as much friction as AC motors thus having higher efficiency, lower power consumption, and lower operating temperature at the same power output.

Ceiling fans with DC motors are also a good choice if you want to keep your electricity bill low because they can consume up to 70% less energy than old-school AC motors.

Thanks to the more energy-efficient design the motor is not getting so warm and won’t heat up the room.

DC motors also have a longer life span and are generally quieter as well.

Investing in one that is modern-looking, silent, and will save money on running costs is certainly something to think about. Plus it is good to know that DC motors have generally more speed options (Commonly up to 6) and they come with remote controls.

Sadly there is one downside with DC motor ceiling fans, they are more expensive compared to AC motor fans. But on the other hand, a ceiling fan is something you will use for many years.

All new fans sold today must have a thermal fuse installed. This will prevent fire by cutting power when the temperature of the motor exceeds a certain value.

The thermal fuse will cut out on most fans at around 260F° (126C°). This Is way higher than the normal operating temperature and if the thermal fuse trips then most likely there is something very wrong with the fan. 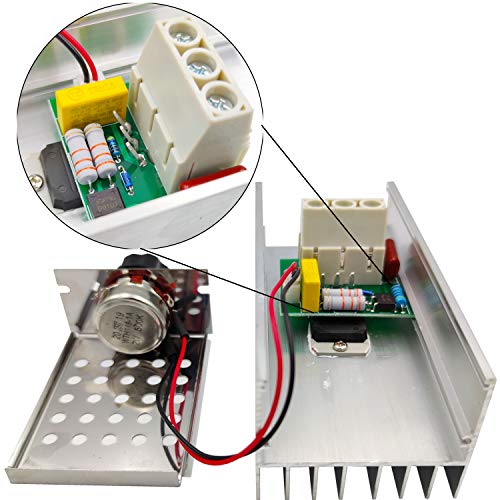 By weighing down the blades of the fan with ribbons or balloons for a party you can stress the motor enough to trip the thermal fuse.

On some motors this is a self-resetting fuse, meaning after the motor cools down the fan will work as normal. But on others when the fuse trips then the motor becomes unusable.

This is why it is important to never hang anything on the blades of the fan.

Furthermore, it is important to remember that brand new electrical motors are covered with some type of oil to prevent rust in storage. When using the fan for the first time and the fan heats up it can emit some unpleasant odors.

This is not a reason to hit the alert button. This is completely normal if the fan is brand new. After a while, the heat will burn off the small oil residues and the smell will be only a bad memory.

However if the fan is not brand new then the problem is elsewhere and it is vital that you make sure that the fan is wired, and installed correctly.

link to Can Anode Rod Be Removed With an Impact Wrench?

Many people are not aware that anode rods should be removed and replaced. If you were one of those people, this is your wakeup call. You should be removing your anode rod about every three to five...

Continue Reading
link to Can You Use Granite Grip on Wood

Behr's Granite Grip promises to make ground surfaces more durable, attractive, and heat resistant. While it is designed for use on certain materials, many people wonder how these promises translate...