Sometimes we get so excited about buying a ceiling fan that we forget one important detail. We cannot install the fan just anywhere; it needs to be connected to a circuit. Some appliances, like tumble dryers, pull so much power that they need a circuit to themselves. On the other hand, multiple lights can be wired into the same circuit with no issues.

Ceiling fans are more akin to lights in the amount of power they pull. With this knowledge, let’s dive into ceiling fan circuitry. Don’t worry; it is not difficult. In fact, there are only a few things you need to know and a few you need to avoid in order to successfully connect your ceiling fan to a circuit.

In general, ceiling fans don’t need a dedicated circuit or circuit breaker since they typically do not use more than 1 amp of power. That said, it is important not to overload the circuit. Ceiling fans also can’t be on the same circuit as appliances that are fixed in place or require a dedicated circuit.

Ceiling Fans Use a Small Amount of Power

The amount of power a ceiling fan uses depends on many factors, but it shouldn’t use much overall. Typically, it uses somewhere between 55 and 100 watts per hour, which means it should draw less than one amp.

In addition, the fan’s speed and motor type also affect the amount of power that will be drawn. Higher speed settings require more energy, but energy-efficient motors provide some power savings.

Because of this, the amount of power a ceiling fan uses is quite small, and it even can be manipulated to an extent.

Ceiling fans can be wired on either a 15 amp or a 20 amp circuit and they do not have to be on this circuit alone.

You don’t want to overload the circuit, so it’s important to look at the number of appliances we want to have on this circuit and plan accordingly the amperage that will likely be required.

Most often, ceiling fans are wired into the same circuit as lights. The main reason for this is that many of these fans already come with light fixtures, so it is convenient to combine the two.

Another reason is that LED lightbulbs that are very common in American homes don’t require a lot of power to run. Since both ceiling fans and LED lights only draw small amounts of power, they should be able to share a circuit without the risk of overloading it. 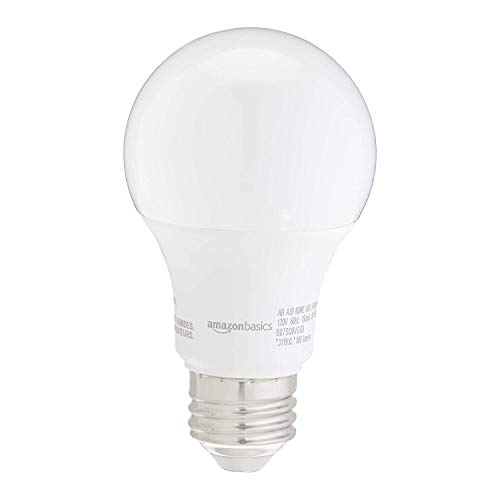 Do Ceiling Fans Need Their Own Circuit Breakers?

Ceiling fans don’t use enough power in order to require their own circuit breaker, and they can easily share the breaker with other appliances, such as lights.

It’s important to be aware that having too many appliances on the same circuit can cause major issues. This happens because each circuit can only handle so much electrical current.

When a circuit is overloaded, it will trip or fuse. Sometimes, this can cause all of the power in the home to shut down. Furthermore, a fire could start if a circuit breaker is missing or sized incorrectly.

While the overloaded circuit is more likely to damage the circuit wiring, there is a chance that the ceiling fan and other alliances connected to the circuit can become damaged.

It can also be damaged by operating at a lower voltage (less is reaching the fan). The motor will take strain and the light bulbs will be damaged. Overloading the fan’s circuit is a common reason for the ceiling fan lights being too dim.

In general, you can fit up to 20 ceiling fans on a 20 amp circuit. However, it will depend on the amperage of a specific ceiling fan and how much the circuit can handle.

If you want to add multiple fans to the same circuit, some experts recommend having a circuit dedicated just to ceiling fans for convenience.

As a general rule, experts don’t recommend that ceiling fans share a circuit with an appliance that is fixed in its place. This includes fridges, dishwashers, heating and cooling units, cooking devices (including microwaves), water heaters, and more.

Furthermore, certain appliances, including toasters, hairdryers, or space heaters, can cause a sudden power surge, and thus, they should be on a dedicated circuit.

If you have a chain-controlled ceiling fan, then if it shares a circuit with anything else, you will be most inconvenienced if the chain snaps (and they have a tendency to do this), if all your lights and some sockets are on the same circuit and you have to turn off the breaker.