Ceiling fans have been around for 140 years, and older fans can make your house look like an antique. However, they are not purely decorative. They serve a functional purpose.

We took to Facebook and asked the question, “Are ceiling fans outdated?” on a popular DIY Home Improvement page.

Most people seem to believe that ceiling fans are not outdated. In the survey, 95% of people said that they are not outdated. The functional purpose and adaptable design are likely the reason for these devices’ continued popularity.

In our survey, 116 people cast their votes, some even leaving their personal experiences in the comments.

Of the 116 people, 95% of them said no, ceiling fans are not outdated. In addition, of the 95%, 40% of people agreed things that serve a purpose are never outdated.

The majority of the voters were males with access to Facebook, and almost all the voters resided in the USA.

All the commenters said they had a ceiling fan in every room, and some said they would never consider living without one. One voter even went as far as to replace all their old fans with brand new ones after moving to SE Florida.

There is a definite consensus that ceiling fans, although an old technology, are still a welcome feature in the home.

Today’s ceiling fans are updated in terms of functional parts, but they are also designed to fit in with the modern aesthetic.

Gone are the days of the old rattan fans with the tulip light fittings. There are so many shapes, sizes, and colors to choose from that you can match a ceiling fan to your room’s decor regardless of your style preferences.

In fact, 34% of real estate agents say ceiling fans are a feature that home buyers like to see when purchasing a home. Not only are they energy efficient, but they also serve a dual purpose if they have a light fitting in them.

These are just some of the incredible designs you can find: 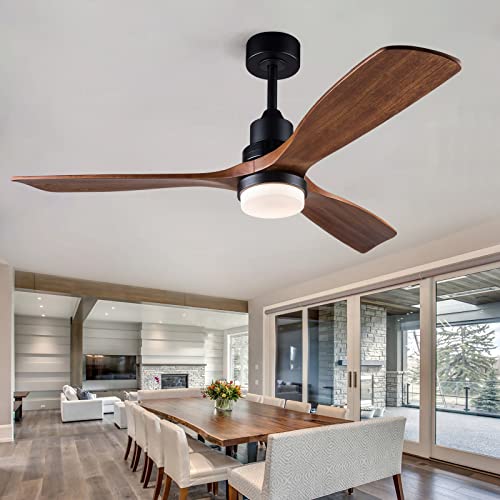 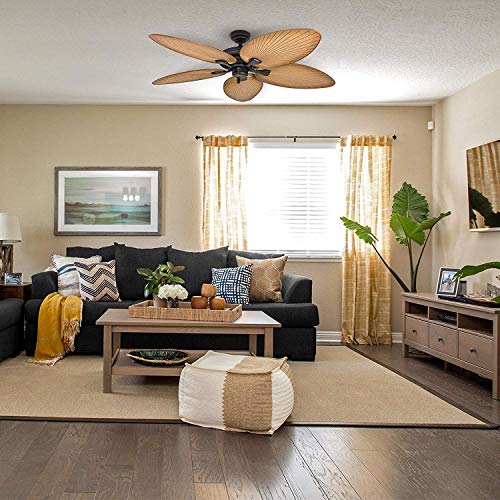 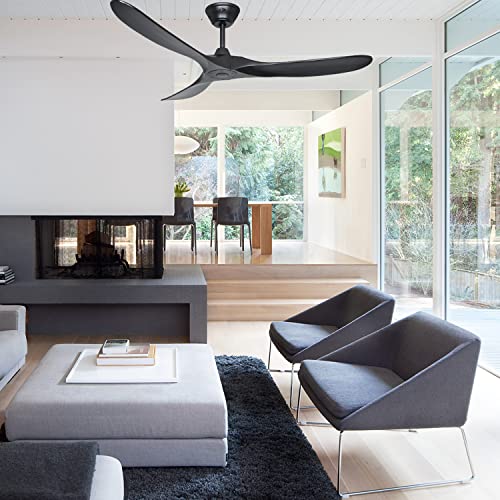 Ceiling fans are still so much a part of modern technology that you can even buy a “smart” ceiling fan (amazon link).

You can control them using an App on your phone, Google Home, Alexa, and Siri Shortcut. No more searching for the remote to turn on your fan, or worse, having to get up and pull on that chain an unknown number of times!

Even though the designs have changed and ceiling fans can be fancy now, they still retain their original function and purpose.

Most modern fans have a winter feature that changes the direction of the blades circulating warm air back into the room. A great feature if your room is heated by a heating appliance that only heats one side of the room.

Ceiling fans are also great for outside, provided they are sheltered from the rain and snow and they are correctly rated. They can create a lovely breeze during those hot, stagnant afternoons and evenings. Not only that, they keep those pesky bugs and mosquitos away.

Years ago, a ceiling fan made the room look crowded and small if you had a small room. But did you know there are now retractable ceiling fans specifically designed for smaller spaces?

Take a look at this article discussing the pros and cons of a retractable ceiling fan.

Reasons Why Some People Think They Are Outdated

Still, some people believe ceiling fans are outdated (6% of the people in our survey).

When thinking of a ceiling fan, their mind goes to the old-fashioned fans in their grandparent’s house. The fans with the ratan blades and the four tulip-shaped light fittings, the ones that try to take the ceiling with them as they spin like helicopter blades.

Some interior designers believe ceiling fans are old and tacky. They can be noisy and don’t actually cool the air. Why go through all the effort and spend money on ceiling fans when an air conditioner does a far better job?

Ceiling fans also require regular maintenance. They need to be cleaned regularly due to dust buildup on top of the blades. They can also become loose, wobbly, and noisy.

However, these days it does seem as if ceiling fan manufacturers and designers are trying to keep up with the times. Most fans you find today are modern and stylish.

Ultimately the decision is yours if you want a ceiling fan or not, but as far as the majority of people believe, ceiling fans are still very much a thing. Personally, I think they are excellent!