You might be familiar with two important settings or circulation modes on ceiling fans: the winter and summer modes. These ceiling fan modes have different functions and effectiveness.

Summer mode creates a cooling effect via windchill, which is dependent on air moving over occupants in a room. As such, running a ceiling fan all the time in summer (when the room is empty) is just a waste of money. In winter mode, however, a ceiling fan still creates airflow, but its “heating” effects are much different.

Ceiling fans in winter mode are ineffective; leaving them on just wastes electricity. But with an external heat source, they are very effective at distributing heat and can run continuously with no problem as they don’t cost a lot to run and their "heating" effects aren’t dependent on the presence of people.

Contents show table of contents
How Does a Ceiling Fan’s Winter Mode Work?
Effectiveness Limited on Its Own
Adding an External Heat Source Changes the Game
Beneficial to Leave Ceiling Fan on With Heat Source
Turn Off When Leaving the House
Sources
Was this helpful?

How Does a Ceiling Fan’s Winter Mode Work?

Ceiling fans set to winter mode move in a clockwise fashion, with the lowest point of the blade scooping the air upward rather than pushing the air down into the room.

By scooping the air up, the blades in winter mode allow the air to move up towards the ceiling and displace the warmer air that is settled at the highest point of the room. The warm air that has been displaced will be pushed and pulled throughout the room.

Effectively, the circulation begins a cycle that pulls air up to the fan, and sends it out to the perimeter of the room. From here, it is pulled downward and inward by a vacuum effect as the air at the bottom and in the center of the room is pulled up by the moving fan blades.

The air does not move nearly as quickly as it does in the summer setting, so there is no windchill.

The idea is that the warm air gets distributed around the room, making it feel warmer. Reality is quite different.

Effectiveness Limited on Its Own

While the winter mode and subsequent directionality of the ceiling fan blades may encourage warm air to disperse throughout the room it is not able to warm the room above the current temperature.

The air being circulated from the ceiling, while definitely warmer than the air lower to the floor, is only as warm as it can be based on the sources of heat in a room (electronic devices, bodies, etc.). In these situations, it’s only going to be slightly warmer than the air sitting at occupant level. Once this heat is dispersed throughout the room, it will not have increased the overall temperature in any perceptible way.

Additionally, the hot air that had settled on the ceiling took time to gather there. So, whatever slight increase in temperature was initially created is not going to happen again as no more heat is added to the room.

While the ceiling fan alone may not make a room warmer on its own, adding a heat source (space heater, radiator, underfloor heating, or HVAC system) while using the fan can help.

The heat source would be providing the heat or temperature change, and the fan ensures that the warmth from the heat source is distributed more evenly around the room.

This is especially helpful with radiators and space heaters, which are located in one spot in the room and whose heat often rises to the ceiling without actually warming the air surrounding the occupants.

Beneficial to Leave Ceiling Fan on With Heat Source

A fan alone won’t warm your room if you are not adding heat from an external source. Running it in winter mode while you’re in the room may be a waste of money, let alone leaving it on all the time.

However, with a heat source, running your fan on this setting can be beneficial. Even leaving it on while you’re not in the room will ensure that there are no cold spots in the room when you return.

Furthermore, the more effective it makes the heating sources, the less intense these need to be. you can set the space heater, radiator, underfloor heating, and HVAC system thermostat to a lower temperature, closer to the actual temperature of the air. This means it uses less energy and running the ceiling fan is very cost-effective. 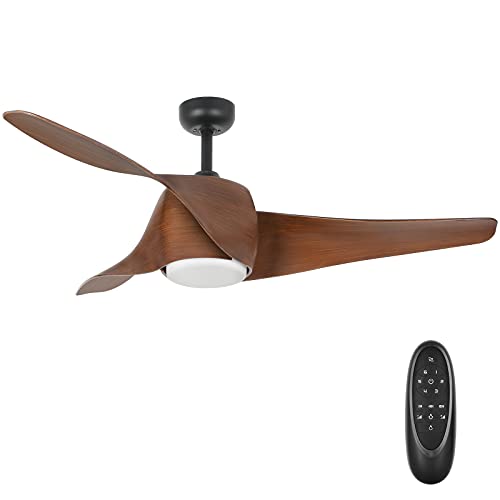 If you have an airtight room, then you can even turn off the heat source and the ceiling fan will help to ensure the heat does not gather at the ceiling but stays distributed. This heat will eventually dissipate, but it does mean that you can run the heat source less often.

Turn Off When Leaving the House

While you can typically leave a ceiling fan to run continuously for several hours or even overnight without a risk to safety, the same is not true for a heat source. While you are in the house, a small fire can be detected quickly and addressed. When you leave, it can grow and destroy your house.