Not all ceiling fans have an odd number of blades, but so many of them do that it indicates some kind of link to the function of the fan.

Keep reading to find out why ceiling fans typically have an odd number of blades, and whether that makes them any better than 4- or 6-blade ceiling fans. The answers may surprise you!

The main reason why most ceiling fans have an odd number of blades is aesthetics. Historically, these fans were easier to balance, which put less strain on the motor, but these days, an even number can be balanced sufficiently. The blade number doesn’t affect the fan’s energy efficiency or actual performance.

Contents show table of contents
Easier to Balance
Even Number of Blades Could Be Harder on the Motor
Aesthetic Reasons
Are Odd-Blade Ceiling Fans Better?
Sources
Was this helpful?

Because of the fan’s circular pattern of rotation, it’s easier to keep symmetry with an odd number of blades. This symmetry plays a big role in helping the fan stay balanced.

An unbalanced fan can be annoying, as it typically causes a rattling noise and may even visibly shake. What’s worse is that, if not fixed, this can completely damage the fan’s motor over time.

Technology and engineering have improved so much over the past few years that having an even number of blades is likely not as big of a threat to the fan’s balance as it once was. However, it’s still one reason why an odd number of blades could be better.

Even Number of Blades Could Be Harder on the Motor

Assuming that an even number of blades results in an unbalanced fan, it will lead to increased stress on the motor.

If a fan is unbalanced, it will need to work harder to maintain a steady rotation. This can put a lot of strain on the motor, and cause it to wear out much quicker than it would have without the imbalance.

This is not to say that all fans with an even number of blades will become unbalanced and damage the motor – it is simply a possibility to consider.

This may be because it’s easier to see the symmetry with an odd number of blades due to the fan’s circular shape and motion.

In addition, a three-blade fan is very common, and it can be more aesthetically pleasing to look at a fan with a minimal amount of blades.

It is true that whether the number of blades is even or odd does, to some extent, influence how the fan runs. However, the fan’s efficiency is more affected by the actual number of blades and a few other factors.

The overall number of blades has a significant effect on the properties of a fan. For example, fans with three blades are highly effective at moving air but tend to be noisier than other fans.

A smaller number of blades will cause less air resistance and, therefore, will perform better. In addition, a ceiling fan with more blades will require more power to run, and thus, it will cost you more.

The angle at which the blades are positioned is very important too. This is because too high of an angle will result in excess air movement in the room, while too small of an angle won’t allow enough air movement. 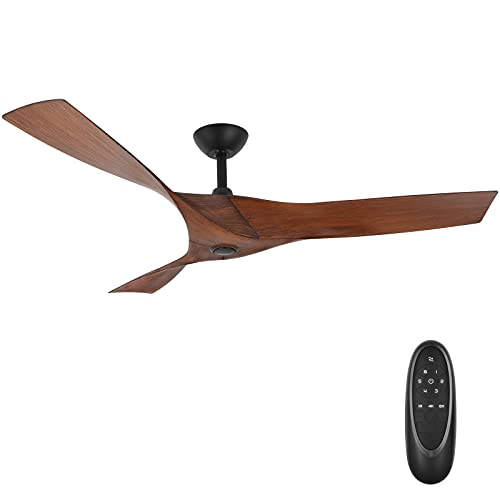 Ultimately, the number of blades on your ceiling fan is up to you. Your choice will depend on your aesthetic preferences as well as your individual needs for airflow and ceiling fan performance.