As you have most likely already heard, ceiling fans are one of the cheapest ways to keep you cool and in comfort during the sweltering summer months. But as it so happens, not all of them are created equal.

Below, you can find a table of the average running cost of differently powered ceiling fans. On top of that, we will give you an overview of factors that can affect the final cost of running your ceiling fan and tips on what to do to reduce the price.

First, let’s look at some power ratings that can reveal a lot about your ceiling fan.

The voltage is the pressure that pushes electricity (measured in V). The typical voltage for home ceiling fans is 120 V.

Next, we have wattage and amperage.

Wattage is the measurement of energy that is used to run the fan. Therefore, the higher the ceiling fan’s wattage is, the more power it uses and the greater your electrical bill will be. Ceiling fans usually come with multiple power settings. On the lowest setting, the fan uses fewer watts than on the highest setting. 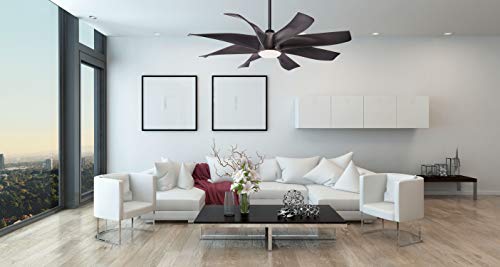 The amperage is the strength of the electrical current. It allows you to calculate the wattage. At 12O volts, 1 amp is equivalent to 120 watts drawn by a ceiling fan.

The factor to check when buying a ceiling fan is its airflow efficiency (stated in CFM/W). It is determined by dividing the fan’s CFM (cubic feet per minute), which is the amount of air a fan can move in 60 seconds, by its wattage.

For optimum efficiency, look for a fan that has high CFM and operates at low wattage. According to ENERGY STAR requirements, at least 75 CFM/W at the highest speed is needed in order for the fan to be considered efficient.

If you don’t know the wattage of a fan:

The equation will then change to:

If you want to know only the power factor:

To calculate the running cost, first multiply the fan’s W by the price of the electricity (that is stated in kilowatt an hour (kWh)). Then divide the number by 1000 to convert the number to kWh, which is the hourly cost of running the fan.

The cost of electricity varies with country, region, and exact locality.

In the United Kingdom’s average electricity price is 14.4 pence per kWh or 0.144 GBP. The lowest cost of 13.86 p can be enjoyed by people in East Midlands, while, in contrast, North Scotland comes with 15.6 p / kWh.

Finally, Australia comes with a cost average of approximately 0.30 AUD. While the lowest rates are recorded in Tasmania and New South Wales (starting around 25 cents), the highest ones (even as high as 35 cents kWh) are recorded in South Australia.

Prices in this table are always in the currency of the mentioned country, and they are rounded to the closest most accurate number. We took the average electricity cost of each country (discussed above) to provide these calculations.

If you would like to compare this to the cost of running other types of fans, I have an article on the electricity usage of 11 different types of fans that you may find helpful.

What Could Affect the Cost?

It is good to remember that ceiling fans are not designed to cool the room. They serve to cool the people and keep them comfortable.

Even though they are an affordable cooling option, it is reasonable to turn them off when leaving the room, especially when trying to reduce the electricity bill.

That being said, there are multiple variables that affect the final sum that the running of a ceiling fan will cost you.

The first thing where you can save money is buying a fan without lights. If you require lights, it is more cost-efficient to opt for LED instead of incandescent light bulbs (you are also less likely to struggle with having lights that are too dim).

Comparisons show that incandescent lights can use up to 6 times more watts during their operation, and their lifespan tends to be as much as 20 times shorter than the one of LED lights.

Therefore, they could annually save the planet around 265 kW of power and add more than $30 to your pocket. And that is without taking into account their long lifespan. 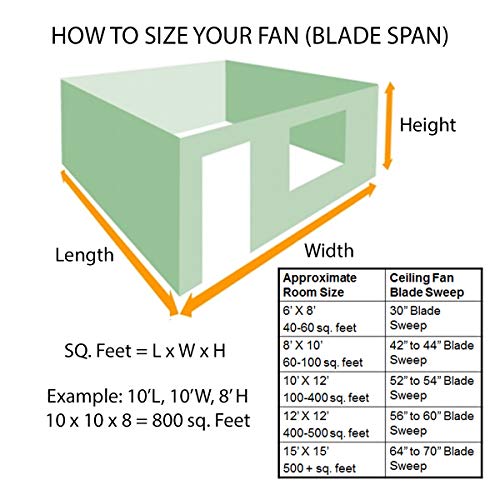 The number of blades also makes a difference in the fan’s efficiency. Typically the fewer blades the fan has, the faster and more efficiently it can work, but it tends to be noisier as well. When there are too many blades, they can create a drag and slow down the fan.

For residential use, the fans with 4 or 5 blades are considered to strike the perfect balance between the airflow efficiency and the noise level.

However, nowadays, the number of blades is not the only defining factor. The length and shape of the blades will also influence the fan’s performance. To be more exact, the angle of the blade, the so-called blade pitch, affects the fan’s air efficiency. Ideally, the angle should be around 12-15 degrees.

Therefore, the low drag design and appropriate blade pitch are more important aspects than the number of blades themselves. 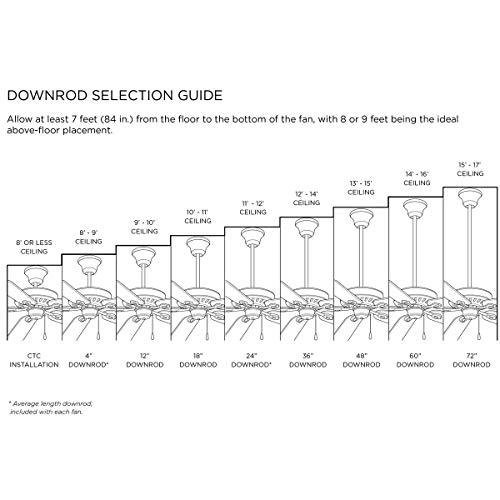 Keep in mind that proper maintenance plays an essential role in a fan’s cost-efficiency.

When the fan is covered with dust, the dirt can get into the motor and cause it to run less smoothly. On top of that, the dust or grease build-up on the blades often interferes with their spinning motion. In the video below, you can find out how to properly clean your ceiling fan.

Age of the Fan

An older fan will naturally not be operating optimally, and one of the results of wear and tear and aged motors is an increase in the power used to run the fan.

Ceiling fans don’t require a dedicated circuit. However, if your fan is connected to an overloaded circuit, then it can draw inconsistent power during operation. Not only could you notice this in a stuttering rotation of the blades, but it can damage the fan’s mechanics, causing it to draw more power than it should.

The safest bet to find a cost-efficient ceiling fan is to buy an ENERGY STAR-certified fan. The fans that qualify for this certification are highly-efficient, cost-friendly, and typically come with an extended warranty.