We’ve all seen the advertisements of people slapping a piece of duct tape onto a leak in order to stop it. However, don’t be fooled by this.

Duct tape’s durability and water resistance make it useful in a pinch, but it’s not the long-term solution for moisture-related projects, such as vapor barriers.

Duct tape should not be used to seal a vapor barrier. Duct take is only water-resistant, not waterproof. Over time, the adhesive breaks down and allows moisture to leak through the vapor barrier.

Contents show table of contents
Vapor Barriers Need to Be Fully Waterproof
Duct Tape Is Only Water-Resistant
What Would Happen if Duct Tape Was Used?
Detached Vapor Barrier
Water Damage
Issues While Replacing the Duct Tape
How Do You Seal a Vapor Barrier?
Sources
Was this helpful?

As we have said, vapor barriers need to be fully waterproof in order to be effective. The purpose of a vapor barrier is to resist the entrance of any moisture into a space, and it needs to do so sustainably.

Anything less than this strips the barrier of its ability to be classed as a vapor barrier.

It is of utmost importance that the vapor barrier is waterproof because they are put in areas to protect your home from the dangers of water damage.

Vapor barriers are put in crawl spaces, walls, basements, and roofs to protect the following:

Vapor barriers that are not fully waterproof can put the integrity of your home in jeopardy. It can also lead to health issues due to mold growth and unnecessary expenses such as rewiring your electrical system.

In Section R805 and Section R702 of the International Residential Code (IRC), it talks about different classes of vapor barrier (required by different climates).

All of the classes are waterproof, but there is actually a certain variation of how waterproof a vapor barrier is. The ability of a material to resist water penetration is measured in “perms” (short for permeability).

While the materials listed above comprise the main part of the vapor barrier, the adhesive sealing the sheets together and to the structure of the house also has to be waterproof.

If the adhesive is not waterproof, the vapor barrier will not be effective despite how waterproof the main body is.

Duct Tape Is Only Water-Resistant

Duct tape is not a viable option to be used to seal a vapor barrier because it is not waterproof; it is only water-resistant.

Duct tape can resist penetration from water for a short while, but it will eventually fail. The mesh fabric that is coated in a polyethylene plastic is what allows duct tape to be water-resistant.

Polyethylene is a hydrophobic material, meaning it is made from molecules that are insoluble in water. These molecules are non-polar, so they repel polar substances, such as water.

However, the downfall of duct tape can be found in its adhesive layer. Unlike the polyethylene backing, duct tape’s adhesive is not hydrophobic.

As the adhesive is exposed to water, the molecules combine with the water and separate from the duct tape through the process of diffusion.

Some brands carry duct tape that is supposed to be waterproof, but it is still not the ideal choice for a vapor barrier. Other tapes such as butyl tape and specifically made vapor barrier tape are a safer option to use when adding a vapor barrier to your home.

What Would Happen if Duct Tape Was Used?

If duct tape was used to seal a vapor barrier, it may seem to be working alright at first. However, this choice will more than likely cause future problems in your home.

Over time, any water coming into contact with the duct tape will cause it to peel off of the surface it is attached to and the vapor barrier will no longer be sealed.

Vapor barriers in the roof are also put between the wooden framework of the house and exterior roofing.

The true cost of repairing a detached vapor barrier is not the cost of materials; you can find a 10×100 ft black plastic vapor barrier material for about $70 at the hardware store. However, ripping down roofing and drywall will cost a pretty penny.

You can save yourself a large chunk of money by making sure your vapor barrier is meant to last the first time around.

In other words, make sure you use a tape that won’t come loose when exposed to the moisture it is supposed to be keeping out.

In addition to having to break into your walls and ceilings to re-seal the vapor barrier, you will also have to deal with the leaking and water damage caused by the insufficient waterproofing.

Once the glue on the duct tape is weakened enough and water starts getting in under it, your property is in danger of water damage.

Vapor barriers in bathrooms are meant to stop water from seeping from the shower or bathtub into your walls. If the studs get wet, they can rot, which means that your bathroom walls can collapse.

Vapor barriers are often used to stop water from getting into your attic or ceiling where wires run and insulation is installed.

I don’t need to tell you the potential negative consequences of wet wiring!

Water also makes insulation less effective, which means that your house will be more affected by outdoor temperatures and your HVAC system will have to work harder to deliver a stable indoor environment.

Other issues can include:

Let’s also not forget that where you have moisture collecting, you have the potential for mold growth.

Mold can trigger allergies and it can also cause quite severe illness, depending on the type. It’s definitely not something that you want in your house.

Insects and other pests are also attracted to moisture, particularly in out-of-the-way spots like the attic and crawl space. These animals and insects carry disease and can cause damage to your house.

Issues While Replacing the Duct Tape

Finally, replacing the duct tape itself can be quite the process as well.

Once the duct tape lifts and needs to be replaced, it may not be as simple as ripping the duct tape off and replacing it with proper waterproof tape.

Duct tape leaves behind a sticky residue, which can make putting down new tape difficult and even compromise the seal from the get-go.

Additionally, as you try to remove it from the plastic sheeting, it may cause the vapor barrier to rip. This means that you might end up having to replace the whole barrier, not just the tape.

How Do You Seal a Vapor Barrier?

In order to properly seal a vapor barrier, you have a few options.

Rubber (Butyl) Construction Seaming Tape performs well in high temperatures and provides a waterproof seal. Its one downfall is that it may lose some adhesion over time due to cold temperatures and UV rays. 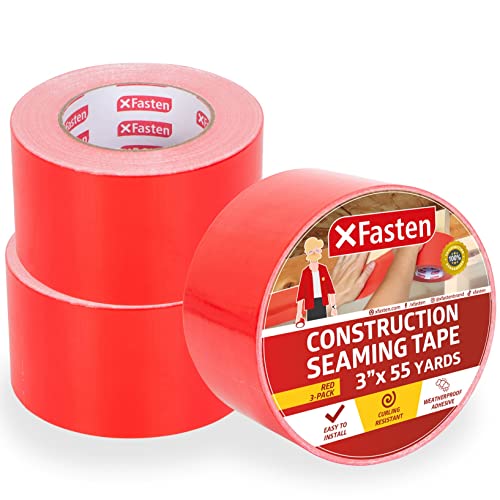 Acrylic Construction Seaming Tape can be slightly more expensive than its rubber counterpart but is known to be worth the money.

It is the most long-lasting sealant for vapor barriers because it tolerates UV rays, can withstand extreme temperatures, and its adhesion is not weakened over time. 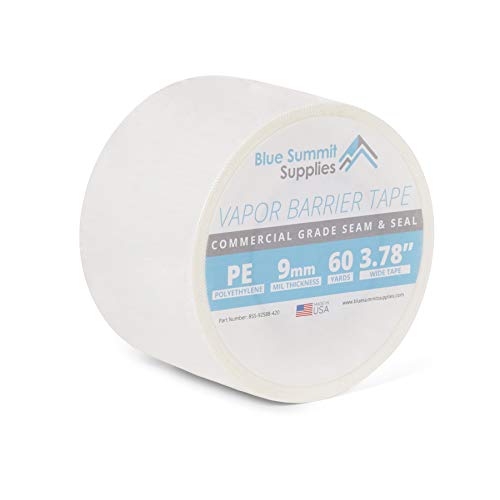 Polyurethane caulk can also be used to patch small gaps in vapor barriers. Avoid silicone caulk, which can break down the polyethylene material of the vapor barrier.

Contractors like to use acoustic sound sealant because it is airtight and stays sticky forever, which limits the risk of cracking and leaks. 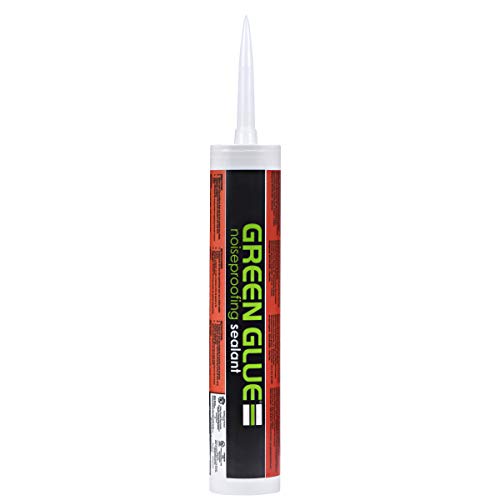