Cooking, washing, baking, and other kitchen activities release pollutants into the air. If there isn’t a method of ridding the air of contaminants, the atmosphere in the room would be uncomfortable and even unhealthy. Thus, the importance of having a method of kitchen ventilation cannot be overemphasized.

Ductless range hoods have gotten their fair share of attention in recent years and in this article, I provide a detailed explanation of how they work and the limitations to installing one in your kitchen.

Ductless range hoods pull air into the unit with a fan. This air passes through a 3-filter system that removes grease, particulates, smoke, odors, and some VOCs. The air is then circulated back into the kitchen.

Both ductless and ducted range hoods draw air into the unit. The difference between them is what they do with the air after it enters the range hood.

Ductless range hoods feature a fan that is located underneath the filters. Whenever the range hood is running, the fan pulls grease, smoke, and contaminated air from your cooking area into the unit.

The fan in ductless range hoods does this but it is also responsible for releasing air back into the room. This often makes them noisier than ducted units.

Ductless range hoods rely on filters to remove contaminants from your cooking area.

Filters used by a ductless range hood are classified into three groups:

The metal grid is typically the first point of contact in every range hood. If you own a range hood, you’d probably be familiar with the metal grid because, in addition to filtering the air, it also doubles as a cover panel for the unit.

There are two types of metal grid filters:

Metal grid filters are designed to capture grease and particulate pollutants like lint, dust, and hair from the air so that they do not go further into the unit.

They function by changing the direction of the air so that pollutants are caught in their channels as air enters the unit.

Baffle filters are studier and longer-lasting than mesh filters.

Paper traps are also used to remove grease and particulate pollutants from the air. They are usually attached to the underside of the mesh or baffle filter.

Some disposable paper traps are designed to be installed over the metal grid filter while you’re cooking. 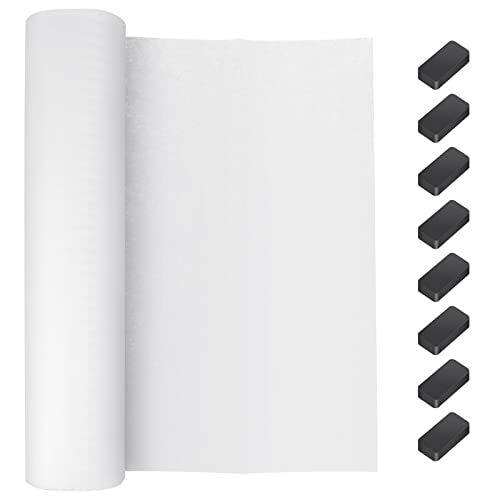 Paper filters provide a semi-permeable barrier that protects the metal grid from getting overly saturated with grease and also prevents pollutants from getting to the charcoal filter.

Although they filter grease and air contaminants, paper traps cannot be used in isolation and must be used together with a mesh or baffle filter.

The porous nature of felt makes it an effective material for various filtration applications.

Felt or paper filters cannot be washed or reused like mesh filters. Whenever the fabric gets saturated, it has to be replaced.

Some paper filters feature a saturation indicator that lets you know when the filter needs to be changed. If yours doesn’t have an indicator, I recommend that you replace it at least once every month.

Adding a paper trap to your ventless range hood isn’t compulsory and you can use just a mesh filter and a charcoal filter for your unit.

When installed in a range hood, the filter traps the molecules responsible for gaseous air contaminants through a process known as adsorption.

Activated carbon has millions of microscopic holes and a large surface area that enable it to trap pollutants. Their surface is also extremely porous, so during adsorption, it easily traps contaminants. 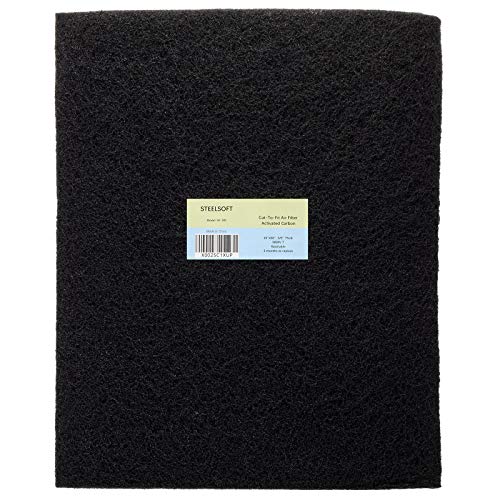 Adsorption differs from absorption. During adsorption, molecules adhere to the exterior surface of the substrate rather than being drawn into it.

Over time, the adsorption sites would get saturated and when that happens, the filter will no longer be able to remove contaminants from the air.

Charcoal filters are to be replaced every 3 to 4 months. You might have to replace it sooner if you cook a lot or if you notice that it is no longer working as it should.

Like ducted range hoods, the fan draws air from the cooking area.

However, while ducted units send contaminated air outdoors, ductless units use a series of filters to cleanse the air of impurities and then the fan recirculates the air back into the room.

Limitations of the Ductless Range Hood

Thus, the ability of a ductless range hood is limited to what the filters are able to remove from the air.

Ductless range hoods cannot remove all types of pollutants from the air, so before purchasing a unit, you need to consider your ventilation needs.

No Heat Is Removed

Heat removal is essential in every kitchen because cooking and other kitchen activities generate heat and if it isn’t removed from the space, it would make the atmosphere uncomfortable.

For heat to be removed from a space, the hot air needs to be cooled or moved to another location.

Range hoods aren’t cooling devices, so they would be unable to cool the room. Additionally, ductless range hoods do not move air out, so that eliminates the possibility of moving the air to another location.

The presence of smoke and odors in the air makes a room stuffy and, because ductless range hoods filter these elements, it might give the false impression that the temperature in the room is cooler.

However, recirculating range hoods function like filters and do not influence the temperature in any way.

The increased temperature in the kitchen would force your cooling system to work extra hard to bring the room to your desired temperature, causing an increase in your energy expenses, particularly in a well-insulated house.

Filters Overwhelmed by Lots of Grease and Smoke

Both ducted and ductless range hoods have grease filters. But with ducted units, any grease or fat that isn’t captured by the filter is exhausted outdoors.

Ductless range hoods rely solely on their filters, which is why they aren’t ideal for commercial kitchens or heavy cooking in general.

Grease is removed by the metal grid or paper trap and if the filters aren’t able to capture the grease, it is released back into your kitchen.

The activated charcoal filter is responsible for ridding the air of smoke and it does this by trapping smoke molecules. Smoke molecules that aren’t trapped by the filter are also released back into the room.

If the amount of smoke or grease in your cooking area is above average, the ductless range hood might be unable be handle it. You will be forced to either live with smoke and grease-laden air or find an alternative way to remove the pollutants from your kitchen.

Kitchens are one of the most moisture-prone locations in the house. This is because a lot of activities that take place in the room release steam and humidity, making moisture unavoidable in kitchens.

To combat this, it is important to always have a method of removing moisture from your kitchen.

A major disadvantage ductless range hoods have is that they cannot ventilate a room. So, while ducted range hoods remove stale air and humidity from the room, the ability of ductless units is limited to filtering contaminants out of the air.

Since ductless range hoods aren’t outfitted to remove moisture from the air, if you have one installed you can only get rid of moisture by adopting an alternative method of moisture removal.

Moisture build-up can lead to a range of problems and if it isn’t dealt with, it can even cause structural damage. Here are the effects of having moisture in your kitchen:

When Are Ductless Range Hoods a Good Choice?

Although ductless range hoods have their drawbacks, they also have their perks, and having one installed is better than not having any method of kitchen “ventilation”.

Ductless range hoods aren’t connected to a duct, so they fit right into houses where installing a duct is difficult or impossible. For instance, tight spaces or houses that do not have outside access.

Making the Most out of a Ductless Range Hood