Getting together for lunch with a family I know led to an unusual conversation. They’d been finding the water in their ensuite toilet looked yellow each morning: At first, they’d considered consulting a doctor – what if one of them was suffering from memory loss?! Then, they’d got back home from an all-night hike to discover yellow toilet water.

“Whew!! We were so relieved that we could begin looking up stuff like water discoloration and plumbing issues!” Mary told me.

Have you been concerned about the strange colored water you’ve been getting from your hot water faucets? Not sure what could be behind it? Most importantly, want a simple fix for the problem?

This post gives you some helpful hints that will help you figure out:

Hot or Cold? Identifying the Source of Water Discoloration

Now, it might not seem obvious, but the most important step in fixing water discoloration problems is identifying the source. In other words, it’s crucial to figure out if the water in your cold water supply lines is discolored, or whether it’s just your hot water faucets that are giving out discolored water. 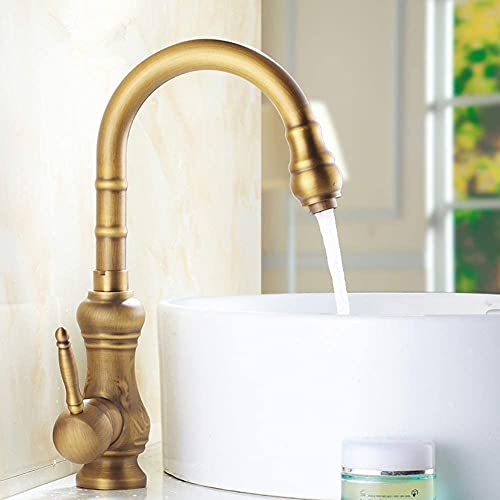 Simply comparing samples of water from your cold and hot water faucets should do it. If you’ve noticed discolored water only at a particular time of the day – for example, in the morning or on getting home from work, run a simple test: Draw small samples of water in several clear plastic bottles or bags from each of the cold and hot water faucets, after the plumbing has been unused for several hours.

If all samples are discolored, then the problem is likely with your civic water supply, and the solution is to target the main inlet to the house, using an appropriate water filtration or purification system.

Keep in mind, however, that maintenance work by civic authorities or even the fire department could also cause temporary water discoloration… so be sure to give it about 24 hours of time, flush the pipes in your home (e.g., run all faucets and showers for 5 minutes and flush toilets) before re-running the water color test.

On the other hand, if the discoloration shows up only in the hot water faucet samples, it’s likely to be from sediment that has accumulated on the bottom of your water heater. In this case, you can use one or more of the methods described in the section below to fix the problem.

The most widespread reason behind water discoloration is the presence of significant quantities of either mineral content or bio-matter in the water supply.

Note that hot water that briefly appears cloudy or milky isn’t really discolored. The milky appearance is due to gas bubbles that are trapped in the hot water, somewhat similar to carbonated water (soda). If you fill up a glass with hot water, you should typically see these bubbles clear from the bottom upwards, again, like soda.

Water from any source typically contains a variety of minerals at very low concentrations. Only when the level of one or more minerals in the water exceeds safe limits does it create problems and pose a potential health risk.

The concentration of minerals in water is typically described in ‘ppm’ or parts per million (1 ppm equals 1 part by weight of the mineral per 1 million parts of water), ‘mg/L’ which is milligrams per liter (equivalent to ppm), or ‘grains per gallon’ (1 grain/US gal. = 17.12 ppm).

The minerals most commonly responsible for water discoloration are the following:

Discolored Water Due to Bio-Matter

Similar to minerals, water typically contains some quantity of bio-matter, or organic matter, in the form of microorganisms (algae, bacteria), nutrients (proteins, carbohydrates), and weak organic acids such as tannins. Again, keep in mind that, with the exception of known disease-causing bacteria (like Legionella), the bio-matter in water is usually harmless.

However, some bio-matter can cause water to appear discolored at times, including:

I would just like to mention here that if both your hot and cold water come from a storage tank, then both may be discolored, and the source of discoloration can be the tank as opposed to the mains.

If you’ve already figured out that the incoming cold water – whether a civic supply or well water is the source of the discolored water in your home’s plumbing system, the solution to this problem will require a whole-house water system to be installed. Depending on the exact nature and degree of the water discoloration you’re experiencing, the system may involve one or more of the following:

The decision on which whole-house water treatment system to install can be made only once you’ve had the water professionally tested by a lab.

The probability of a DIY fix is much higher if you’ve zeroed in on your hot water heater as the source of discolored water. Unlike the situation where the incoming cold water is discolored, you don’t have to spend time, effort (and $$$!) to have water samples tested by a lab.. You can solve the problem by simply following the steps outlined below:

Often, the process of heating water leads minerals present in the water to form oxides that accumulate inside the water heater. The resulting limescale (or simply scale) typically builds up on the bottom of the water heater. For water heaters that are fairly new, getting rid of discoloration might require simply draining out the water heater to remove all sediment build-up. See how to do this in this helpful post.

If your water heater is older, say, more than a couple of years old, you might get better results by going through a more thorough descaling process. This process is likely to be more effective than just draining the heater in case of water discoloration that’s due to the presence of iron-oxidizing bacteria inside your water heater, or even just tough, accumulated limescale.

Here’s a step-by-step guide on descaling water heaters, with important dos and don’ts.

For older water heaters – more than five to six years old, it’s a good idea to carry out step #2 (descale and flush), and follow it up by replacing the anode rod. The anode rod, often termed a ‘sacrificial rod’ is a default component in storage type water heaters. Its purpose is to help protect the glass-lined metal storage tank from corrosion by the minerals present in water, by acting as a convenient electrode, or ‘magnet’ for attracting mineral deposits. 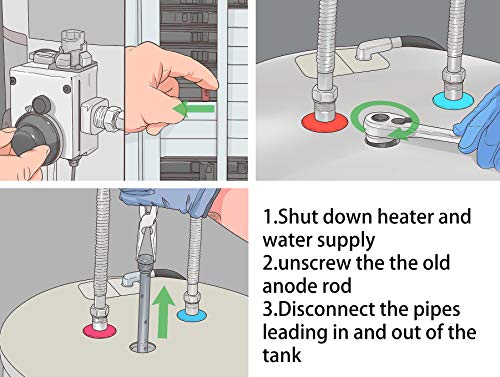 An old anode rod that is already coated with mineral deposits might not be able to prevent freshly formed mineral oxides in the water heater from leaching out and discoloring the hot water supply. This is especially likely in areas with hard water.

See the video below to find out how you can easily replace your water heater’s old anode rod.

If you’ve already completed a descaling and flushing operation, plus you’ve swapped out the anode rod for a new one, but you’re still seeing some amount of discoloration in the water, here’s what will help: You could clean out the aerators attached to the spouts of your hot water faucets.

No doubt you already know that an aerator is a device that goes onto a faucet spout in order to control water flow by mixing air in with the stream of water. What many people don’t realize is that, over time, aerators can become clogged with grit, limescale and other debris coming through the supply pipes.

If your hot water is still slightly discolored after descaling and flushing the water heater, there’s a good chance that it’s because of mineral scale build-up inside the aerator. Take a look at this handy post for step-by-step instructions on how to clean aerators. In case of extreme clogging, you could simply replace the aerator – a new one can cost as little as a pack of gum!

If all else fails, you’re probably looking at hot water discoloration arising from corroded hot water pipes, rather than anything inside the water heater itself. In this case, your best bet is to identify the section of hot water pipe that’s most likely to be corroded – look for signs of leaks and rust stains around and below the piping. 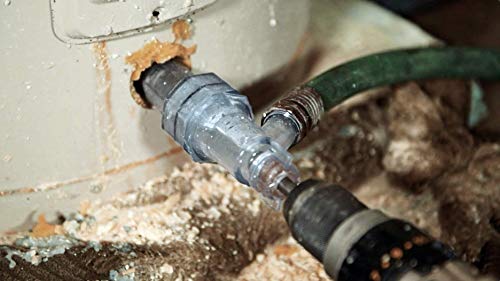 Unless you’re rather handy with DIY plumbing, it might be best to call in a professional plumber to assess the extent of corroded pipe that needs replacing and to tackle the actual replacement.

Now that your hot water discoloration problems are a thing of the past, you can go back to enjoying clear, hassle-free hot water!