There is a bit of debate about whether water heaters can be transported lying down. However, the most vehement opinions arise when it comes to heat pump options. The arguments involve broken glass liners and damaged coils, but that is not the crux of the matter.

Many brands, professionals, and merchants have differing opinions and instructions on heat pump water heaters and how to get them home. Some say yes, but carefully, while others say you are wrecking your appliance before you even get it home. So, which is correct?

The heat pump system’s compressor contains oil that leaks out when lying down. When switched on in such a state, the compressor will be damaged. However, the appliance can be tilted at an angle and even laid flat under certain conditions. Just set the unit upright for a few hours before use.

Contents show table of contents
Manufacturer and Professional Recommendation
Safe to Transport Regular Water Heaters on Side
Risk With Heat Pumps
Non-Upright Transport Options
Transport at a 45° Angle
Transport Heater on Its Back
Also Called Hybrid Water Heater
Sources
Was this helpful?

Not all manufacturers will include heat pump water heater transport information in the owner manuals. For example, Rheem do not. However, Home Depot indicate that transporting the Rheem unit on its back should not cause issues.

Others expressly say not to do it. For example, Stiebel Eltron says that they cannot lie down or be tilted past 45°. They do go on to say, however, that if the unit has been laying down, then the solution is to leave it in the upright position for at least one hour before setting it up to run.

According to the professionals on this plumbing forum, transporting them on their sides should not be done.

These are the opinions of those who should know best. But since they are so conflicting, let’s look a little deeper so that you can decide for yourself.

Safe to Transport Regular Water Heaters on Side

When it comes to regular water heaters, it is my opinion that it’s safe to transport them on their side, despite what the manufacturers say.

Most plumbers will tell you it is fine to transport your water heater lying down, provided you prepare for transport, take care while driving, and strap and cushion the appliance appropriately. If it’s new in a box, it is well protected for moving, and you should have no problem with transport.

A heat pump water heater has a coil heating system. Transporting the water heater laying down can cause problems with these coils and can impact the functioning of the machine.

When the appliance is placed horizontally, oil from the compressor at the top of the water heater runs into the condenser coils. Without oil in the compressor, the component will burn out when the heater is turned on.

Transporting a top-heavy heat pump water heater in a non-upright position might be preferable. This type of water heater has a section above the tank that contains several components in the heating system, adding extra weight that other versions of the appliance don’t have.

If you leave the unit upright for 1-4 hours (the longer, the better) after transport, you should be good to turn it on.

Although, you can lose out on warranties if the seller finds out that you transported it on its side and it is reasonable that such an act could have led to the damage or issue in question.

Transport at a 45° Angle

You can transport a heat pump water heater at a 45° angle as the oil will remain in the compressor.

You should never transport a water heater with it lying on the controls or pressing against any external fixtures. This means that its back should be against whatever it is leaning on.

Try to prevent the appliance from being rested on a single edge. This can put pressure on the unit during transport and can dent the tank. However, if you prep the appliance for safe transport, you can relieve the pressure.

You need to strap the heater using rachet straps, like the AUGO Rachet Straps (amazon link), in the upper and lower sections (similar to how you would be strapping it if you lived in earthquake-prone areas). Just make sure the straps can fit into your vehicle’s cargo hooks. 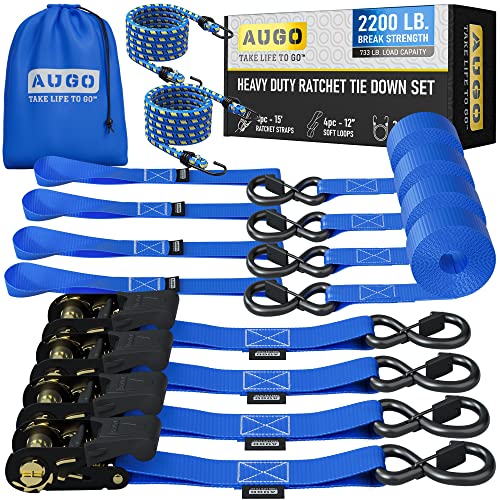 Use blankets, towels, comforters, or the like to cushion between the unit and any pressure point (including the straps). You can also use these items around the appliance to wedge it in place.

If you lean the unit against a smaller, hard edge, you might also try using a sheet of wood along the length of the heater. This can help disperse pressure from the single point where the appliance is leaning.

Transport Heater on Its Back

If you are going to transport the water heater lying down, make sure it is on its back, or you will damage the vital fixtures on the front of the appliance.

If the unit comes with instructions for horizontal transport from the manufacturer, you should comply with that information. For example, as mentioned above, GE provides instructions to lay the Geospring on its back.

Otherwise, put it on its back and provide appropriate support, strapping, and cushioning to prevent sliding, moving, and bumping. You also need to be careful when you tip it over. Set it down gently with cushioning to avoid damaging the coils, elements, and insulation lining on the unit.

Also, ensure that the entire unit is supported while lying down. You don’t want half the unit dangling in midair (e.g., off the back of your pickup) as this can damage the appliance by causing bending as the weight of the water heater puts pressure on itself.

Heat pump water heaters are also referred to as hybrid water heaters. This is because while they are equipped with a refrigerant system that transfers ambient heat to the water, it also has a backup.

Hybrid water heaters have a second electrical heating system. This means it is equipped with the necessary electrical element that allows you to assist the hot water supply with electricity.

The reason you might need the second system depends on your water supply demands.

Heat pump water heaters have a longer recovery time (up to 3 hours) compared to gas and electric water heaters. This means that it takes longer for the heat pump system to heat the next round of water after you have used it.

As a result, you may need a little extra help getting enough water during periods of heavier hot water usage, especially with more people living in a house.