Like most individuals, you have probably noticed that many American homes do not have fences surrounding and dividing them. Whether you saw it in a movie or first-hand, you probably aren’t new to the idea of the ‘American dream’ and the perfect houses with the white picket fences that line the streets.

However, there are some areas in the States where fences are more prominent than others. The Mid-West is one area where you are likely to find unfenced houses in most neighborhoods. Keep scrolling to find out why this is the case.

Midwestern states were settled early. In the past, fences weren’t common. Some houses are built too close together to build fences now. As the lack of fences worked for years, they are thought unnecessary to new builds. Low-crime rates, tornado frequency, community living, and HOAs also preclude fences.

Midwest Was Among Earliest Settled States

The Midwest was among one of the earliest settled states in America. When settlements were first established, there was far less crime than we see today. Most people were in a similar financial situation as they had all come to a new country to set up a life.

Furthermore, you probably knew everyone in the area by face and name, making the only potential threat an unknown passer-through, which was less common.

The fact that the communities were so small also made “togetherness” important and social well-being was promoted by the lack of physical boundaries between each others’ home lives.

As this area was established quite a while ago, the historical layout may not physically allow for fences to be put up in the present day, even if there was a need for them. Because the houses were built without consideration of a fence, many of them are too close together to make fencing a good option.

This is more probably in cities where the population is a lot higher than in rural areas where plots of land tend to be larger. Cities also represent the area that was first settled and people often built houses as close to the city center as possible to make the limited transport options less, well, limiting.

Midwesterners may consider fences unnecessary because people have lived without fences there for so many years that they don’t even consider it when building new homes in the area.

Many citizens of the Midwest may not consider fences to be necessary for another reason. Even if crime is an issue in their particular community, they may believe that the presence of a home security system or deadbolt will suffice in offering them enough protection. 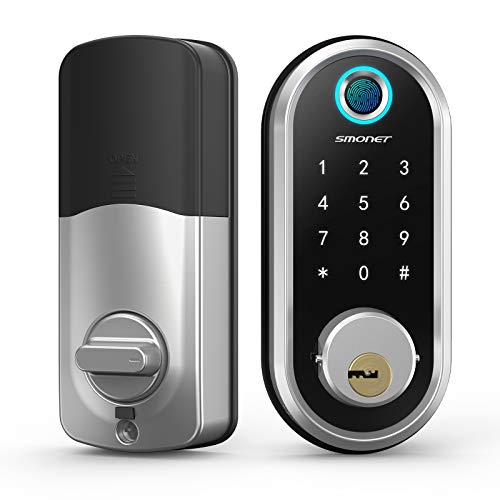 Many also consider the gun culture in America to be enough of a deterrent.

You may find that the lack of fences is partly to prevent the damage that could be caused by natural disasters. Parts of the Midwest are included in tornado country, which means they may have to often rebuild parts of their homes that become destroyed.

They may find that fences would just be an added structure to be rebuilt and cost them time and money that could be spent on stabilizing their home.

Fences also have the potential of causing harm during a tornado as they are easily ripped up and flying pieces of the fence can easily crash through a window or hurtle towards people at high speed.

Parts of the Midwest Have Low Crime Rates

Remember that I said earlier that fences are considered unnecessary as a form of home protection. This may not be a mindset but a truth in some parts of the Midwest, which have low crime rates.

With low crime rates, installing fences may genuinely be an unnecessary cost with little benefit to the homeowner.

This will particularly apply to the more rural or suburban areas, which are not as populated as the cities. Cities tend to experience higher crime rates.

Fences Can Be Against HOA Rules

Across America, many homes are governed by HOAs, which means there may be restrictions placed on the erection of fences.

Some HOAs may prohibit fences completely as they find them to hinder the beauty of the neighborhood or cause the impression of an unsafe community riddled with crime. However, most HOAs do allow fences, as long as they meet certain requirements and conditions.

It is likely that the HOA will want an entire neighborhood to look uniform, so you may have to have the same type of fence installed as your neighbors and you will have to apply for permission to put it up.

People want to belong. This is not a phenomenon unique to the Midwest, but is a worldwide custom. If you are someone who likes to converse with your neighbors every day, and may even become friends with them, having a fence may hinder the possibility of a relationship forming.

Without a fence, you are free to have a chat with your neighbor while you mow the lawn, or watch the community’s kids play together across the front lawns of a few houses. Fences would not allow this community atmosphere to exist, so a lot of people choose against having them around their homes.

While these are some of the reasons specific to the midwest, you can find some more information on general reasons in Why Don’t American Houses Have Fences?