Most of us are familiar with the popular nursery rhyme about the siblings Jack and Jill. However, if you have no idea what they have to do with bathrooms, you are not in the minority.

The connection between the nursery rhyme and this bathroom design is that Jack and Jill are siblings, and Jack and Jill bathrooms are most commonly used by siblings. Still, that doesn’t tell you what they are. Fear not; this article will!

Jack and Jill bathrooms are full bathrooms, directly accessible by the rooms on each side of the bathroom. Most commonly, they have two basins. The toilet can be enclosed separately. The bath and/or shower can also be separated from the basins and toilet or they can be in the same compartment as the toilet.

A Jack and Jill bathroom is a full bathroom that is shared between two rooms.

This type of bathroom is located between the two rooms, with a door leading from each room into the bathroom.

While the term “‘en suite” cannot be used interchangeably with ‘Jack and Jill’, you will know what I’m talking about when I say it’s like a shared en suite.

The bathroom can be set up in various ways with differences in what and how many fixtures there are.

Because a Jack and Jill bathroom is usually, by definition, a shared full bathroom, technically, both a shower and bathtub are included.

However, the most common trend in modern homes seems to be that there is either a bathtub or shower in a Jack and Jill bathroom.

The likely reason for this is that more space is required for a separate bathtub and shower to be included in the floor plan, depending on how many basins are in the room.

Nevertheless, space limitations can be overcome by including a showerhead and curtain within one bathtub.

Jack and Jill bathrooms with a separate shower and bath are the next most common layout.

Three-piece Jack and Jill bathrooms with just a basin, toilet, and shower do occur, but they are not common.

A rare configuration that is usually limited to larger, more elaborate homes is the inclusion of double showers in addition to a bath.

There are a number of ways in which the bath and/or shower can be placed.

Depending on space requirements, the bathtub and/or shower can be placed in the same shared area, including the toilet.

However, they can also be placed in a separate compartment or area with a door from the general area.

There is a lot of variation in how Jack and Jill bathrooms are designed, so it is difficult to say which setup is more common.

Having a compartmentalized bath/shower section has the advantage that one occupant can enjoy privacy while the other can continue using the basin.

There is always a toilet included in a Jack and Jill bathroom.

The toilet may be separated in its own compartment sectioned off by a door or pocket door or it may be located in the same space as the shower or bathtub.

Alternatively, the toilet may be located in a shared space with the shower or bathtub while the basins are kept separate (although the main doors will lead to the area with the basin and then another door will lead to the bath/shower/toilet space).

The way in which the toilet is incorporated and whether or not it is compartmentalized is influenced by a few factors.

It is very rare for there to be two toilets in a Jack and Jill bathroom, and this setup is usually confined to larger, more elaborate houses.

One or two basins may be included in a Jack and Jill bathroom.

Since the space is shared by two people, it is more common for there to be two basins so that both parties can use them simultaneously. This is kind of the main purpose of a Jack and Jill setup as opposed to a bathroom off the hall.

The basins are usually located within a shared space and may be placed as double basins right next to each other, or on either side of a bathtub or open space.

The basins are usually separated from the toilet unless all the plumbing fixtures are shared within one space, and it is not common for there to be a third basin where the toilet is located.

In some layouts, there may be a small, compartmentalized section leading off from each of the bedrooms before additional doors lead into a shared space with the bathtub/shower and toilet.

In setups where the bathtub/shower and toilet are separated, one person can brush their teeth and get themselves ready while the other can shower or use the toilet in privacy.

However, if there is limited space available, one basin is used, and in this case, all plumbing fixtures are usually located in the bathroom with little or no compartmentalization.

Another option is for the basins to be located in the bedrooms, with the rest of the fixtures shared in the Jack and Jill bathroom.

The basins can be simple pedestal basins or wall-hung basins.

Usually, however, there will be some storage space below the basin, allowing each user to have their own sections to store belongings and toiletries.

Some Jack and Jills Have Closets/Cupboards

Some Jack and Jill bathrooms may also have closets or cupboards in which the occupants can store their clothes, linen, and belongings.

Again, the closets can be included as one shared closet within the bathroom, or two closets can be allocated so that each user has their own storage space.

Where two closets are used, it works nicely to have the closets located opposite each person’s basin, if two basins are present, and especially if the basins are in compartments before the shared space.

However, this depends on how much space is available, and it is less common to have closets or cupboards in Jack and Jill bathrooms that are smaller with fewer fixtures and less compartmentalization.

Can You Access Jack and Jills From the Hall?

Jack and Jill bathrooms are accessible from doors in bedrooms on either side of the bathroom.

However, it is also possible for Jack and Jill bathrooms to be accessible from the hall.

With this setup, one or two basins can be used, and these may be located within the same space as all the other fixtures.

Alternatively, the basin may be located in the same room as the toilet, with the bathtub/shower in a separate section.

How to Address the Door/Lock Issue

Since Jack and Jill bathrooms are a useful way to conserve space while maintaining privacy, it is important to be able to lock the entrance doors, but this comes with some challenges.

Similarly, it is important that there is no access to the other occupant’s bedroom from the bathroom, especially in a B&B situation.

Hence, occupants should be able to lock and unlock the doors from inside and outside the bathroom.

However, there should also be locks available only from within the bedroom side of the door to achieve all of the requirements for privacy. 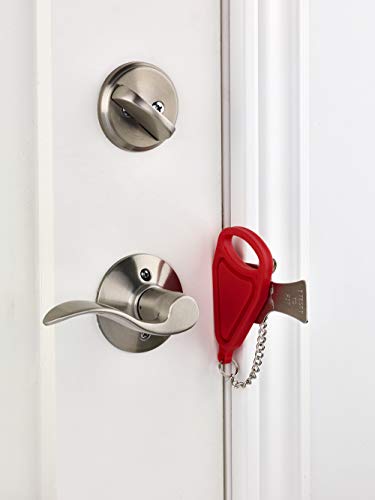 One option to satisfy these requirements is a privacy lock, which requires a specialized tool to be unlocked outside the bathroom.

Alternatively, one can use a slide bolt lock on one side of the door, and a privacy lock on the other. 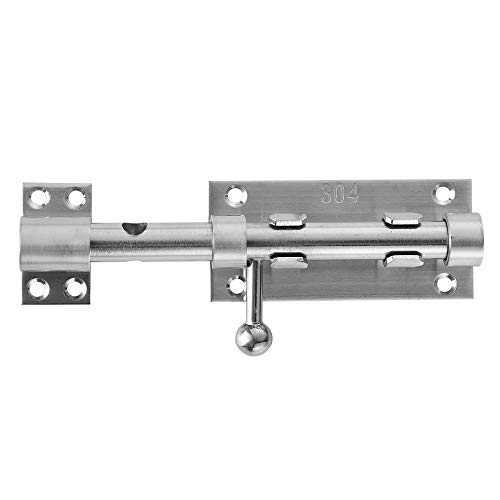 Another option is a double-sided privacy door lock, which is locked with a button on the handle instead of a key from both sides of the door.