A noisy bathroom fan is a sign that you need to perform some repair or maintenance to the exhaust system. Mostly, these sounds are the start of bigger problems or inconveniences for you, but they aren’t dangerous.

Many noises are harmless, even though they need to be addressed. However, there are a select few sounds that should prompt you to more urgent action. These sounds are related to the unit’s electrical components, which must be kept in good working order.

A high-pitched whining indicates insufficient lubrication, an electrical humming comes from a wiring problem, and grinding points to significant dirt buildup. If the source of any of these sounds is left unaddressed, the fan may start a fire.

Bathroom fans are not particularly dangerous appliances. They are not involved in transporting flammable substances, conducting electricity, or providing heat.

They can be noisy, and often this noise indicates something is wrong, just not necessarily dangerously wrong.

However, bathroom fans are electrical devices, and, as such, there is the potential risk of an electrical fire starting. The issues that could lead to this may present with noisy indicators, so it’s a good idea to investigate. There are a few reasons why a fan is making a noise, but only a few of them are problematic.

A high-pitched whining is a sign that something is going wrong with the motor’s function. The motor is an electrically powered part of the fan, so this is a noise that you should take care of as soon as possible.

The whining is likely happening because the fan is improperly lubricated. Lubricating oil is essential to the bearings of the fan’s motor, as this fluid is what allows the blades to rotate smoothly and quietly. 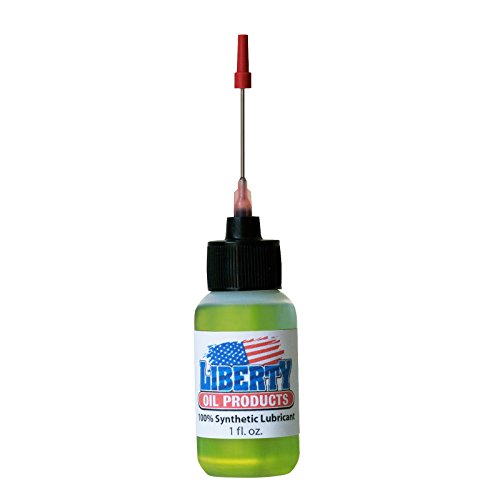 If the motor seizes, it can overheat because the current the fan draws (which will increase) is not converted to kinetic energy and instead turns into heat. If your bathroom fan overheats, this can result in a fire, and the current the fan ends up drawing might not be enough to trip the appliance’s breaker.

Newer fan models are designed to be permanently lubricated, eliminating the need to refill the oil supplies in the motor. This might be why you were unaware that lubrication could be an issue.

Here are the steps you need to follow to reach the motor to refill the oil:

Lay all the parts out on a cloth or paper and ensure that you apply oil to all sides before putting the fan back together and restoring power.

Take the motor shaft out, and you can now lubricate the parts. You will need to oil the shaft and add oil to the oil wick bearing, which has a hole on the front for oil to be poured into.

When you put the motor back together, knock the shaft from all direction and check it spins both ways easily.

An electrical humming sound can occur if there is loose wiring in the fan housing. This can happen when dirt and debris knock a wire or if the wire is not installed correctly. The noise that results from loose wires is actually pretty loud, making it hard to miss.

Considering the fact that loose wires are a fire hazard as the electricity is not being contained and channeled into the appliance, it is vital to resolve it quickly. When this happens, the energy escapes as heat instead of staying in the wires.

Alternatively, the current won’t be directed into the fan’s circuit appropriately, which can potentially electrify the fan, making it dangerous to have in a wet bathroom and to handle. Any exposed wiring is open to moisture, which is bad news.

You don’t need to take the fan fully apart to get to the wiring; you just need to get under the cover.

However, I recommend you don’t address the issue yourself; instead, call an electrician as soon as possible if you suspect you have some loose or broken wires.

There are two main reasons for this recommendation. Firstly, if you don’t know what you are doing, then it is very dangerous to mess with electricity. Secondly, it is illegal in many states to perform your own electrical work or repairs.

An electrician has the knowledge, experience, and professional certification to fix wiring problems, preventing the fan from overheating and posing a fire risk. The electrician can also ensure the wiring problem is local to the fan assembly and can sign off on the work as safe and appropriate.

I would avoid using the bathroom fan until it can be checked and repaired. This helps prevent an electrical fire from starting.

If you need to control the steam in the meantime, you should read my article on moisture control in bathrooms without exhaust fans.

The risk of electrocution increases since you don’t know what the damaged wires are touching. So, you can even turn off the breaker for the fan to prevent power from reaching the unit.

A grinding sound in the bathroom fan indicates a buildup of dirt in the fan motor and housing. This will prevent parts, like the blades, from moving freely.

A bit of dirt doesn’t sound particularly insidious, but if the parts of the fan cannot move properly, this can strain the motor.

The motor must work much harder than usual to make the fan move since the appliance’s moving components are designed to do so easily. The extra strain on the fan motor increases how much power it draws and can result in an overheating problem.

To address the issue, you need to clean the fan. This requires dismantling the fan and the fan assembly to get all the separate parts out:

To clean everything, you can use a vacuum and toothbrush; just be careful not to break any components.

The blades should be washed with some warm soapy water.

You can also check the shaft where the fan assembly comes from to make sure you are doing a thorough job while you are at it.

You will have to reapply oil to the parts to make sure that the cleaning didn’t remove any necessary lubrication.

Sounds That Are Not Dangerous

Some noises aren’t immediately dangerous but still indicate problems that can impact your fan’s effectiveness or build to bigger issues within the exhaust fan unit.

Some problems present as noise when the bathroom fan is off: