Flush mount fans come in many designs and are a great option for rooms with lower ceilings or for preserving the spaciousness of a higher ceiling. However, while there may be positives for safety or longevity, it also impacts the effectiveness of the fan and can make it look odd and noisy.

Comes With a Variety of Designs and Features

Choosing a flush mount model for your fan in no way limits your options for style and design or for the features that the fan possesses. You will still be able to browse through designs from minimalistic to rustic, from antique to modern and sleek. You can even try the new retractable ceiling fan. 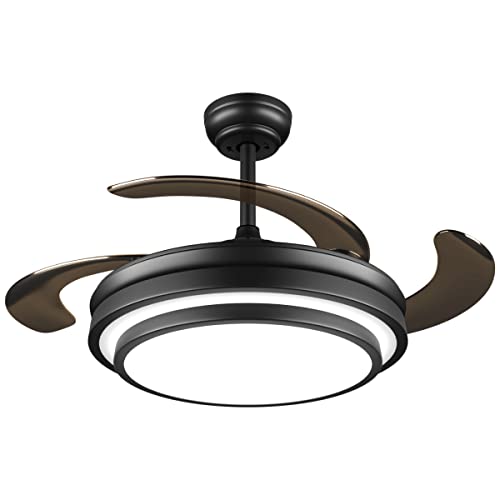 These fans still come with the traditional pull-switches as well as with remote-controlled versions, and you can always purchase the unit with a light fixture (even dimmers) included if that is what you are looking for. 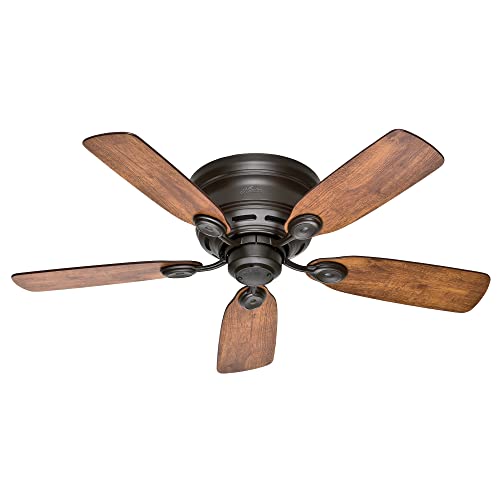 The main selling point of flush mount fans is that they cater to rooms with low ceilings. There are specific clearances associated with ceiling fans, and when it comes to the floor clearance, no fan is permitted to hang within 7 ft of the floor. The blades have to be at least 7 ft high or above.

Standard mounts offer extra ceiling clearance with the downrods. This is because downrods themselves are between 3-6″ in standard lengths. This can be problematic with a lower ceiling because increasing the ceiling clearance decreases the floor clearance.

You cannot easily alter the height of your ceiling, but you can change the mount of the fan.

Flush mounts can sit as close as 6″ from the ceiling, which gives you extra room to meet the floor clearance and can make the difference between whether or not it is safe to install a fan in the room.

This is helpful in spaces like lofts, which often have lower ceilings but attract heat (heat naturally rises).

Many standard model fans also accommodate a flush mount installation, so you can choose which version you want.

Even when your ceiling is high enough to have a standard mount with a downrod, a flush mount can prevent the ceiling from feeling lower than it is. Having something hanging in the middle of a room’s ceiling can crowd the openness of the space.

When you have a flush mount fan that sits closer to the ceiling instead of using a fan that is dropped in the air space, you can preserve the feeling of spaciousness in a room or even create that sense of openness.

This effect is especially true for a room that has a ceiling tall enough to accommodate a downrod, but only just. Using the standard mount, in this case, can crowd the head space of the room, making you feel like you need to duck under the fan even though it complies with safety clearances.

Ceiling fans cannot sit less than 7 ft above the floor. This clearance is partly intended for functionality, but it mainly keeps you safely away from the fan blades. You further reduce the safety risks of the fan if you can have it higher, simply because it is physically further away.

Optimally, you would like your fan between 8 and 9 ft for floor clearance. However, if your ceiling can only just fit a standard mount fan, or your family is above-average height, you might appreciate the spare room a flush mount fan provides.

You might also be more comfortable with a fan that sits higher in the room since hands and arms can potentially reach the blade space even though a head doesn’t.

If you are planning to install the fan in a room you will also use for gym or yoga, you might need the extra few inches to work through your full range of motion comfortably. It can also help keep little hands and heads safe if you have a game of bedroom trampolines or “the floor is lava”.

The length of the downrod in a standard mount fan is significant in how it influences the length of wires needed.

You have to thread the wires through the downrod. This is simple if you are laying the wiring specifically for a standard mount fan. However, this can be problematic in old constructions (which means that you are installing the ceiling fan post-construction) or with the replacement of old fixtures.

A flush mount ceiling fan requires shorter wires than other mounting options, whether connected to a stud or brace.

This is helpful if the electrician or previous homeowner didn’t leave enough wiring for the fixture point or if the wires were in poor condition and needed trimming.

Also, if you are replacing an old fan with a flush mount, it will be easier to keep that type of mount than having to fix or redo the wires that are too short for a standard mount.

Any ceiling fan, regardless of which mount it uses, should be wobble-free if it is correctly installed and balanced.

If your fan is wobbling after you put it in, I recommend checking that the fixture and blades are secure. Balancing kits are also available for fans, to check and address problems with a swinging or unstable fan. 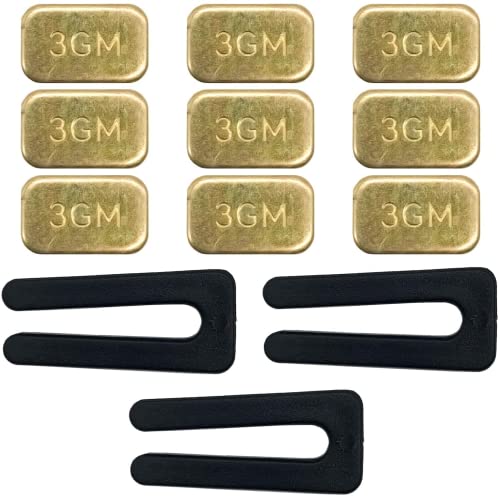 However, looking at the practical side of one connection point for a flush mount and two for a standard mount (the ceiling and the downrod as opposed to just the ceiling), you might find that a flush mount ceiling fan is less likely to start wobbling as it ages.

Ceiling fans need space between the blades and the ceiling boards in order to move air around and into the blades. This is where ceiling clearances come in. There is an optimal clearance that ranges from 8-10” of distance, but acceptable clearance is 6-14”.

So, while the 6” clearance of the flush mount fans is acceptable and your fan will still work, the effectiveness of your fan can be decreased. More so for rooms with higher ceilings.

Ceilings that are beyond the more common 8-9 ft in height generally require an extended mount, involving a longer than standard downrod.

In tall rooms, a flush mount can make a significant difference in whether the fan can circulate air in the room properly to help with cooling.

Can Look Odd in Room With High Ceiling

Not only can the effectiveness of the fan be negatively impacted by using a flush mount in a tall room, but it can actually make the space look odd. Extended downrods come in a range of 6-120″ because the fans need to be positioned for functionality but also for stylistic compatibility.

If you have vaulted ceilings in your living room, sticking a flush mount fan on the ceiling many feet above you is going to look more than a little strange. Just as it would, in comparison, look odd to have a fan sitting at hip height under a lower ceiling. It would not suit the scale of the space.

A flush mount ceiling fan in a room with a spacious and tall ceiling could detract from the décor of the room, no matter how well the actual design of the fan fits with the theme.

Ceiling fans generally make unusual noises when there is something amiss with the components of the unit or the wiring. However, there is a difference between being able to hear the fan functioning and it making odd noises.

Flush mount fans may seem to be noisier as they are more closely situated to the ceiling, which could result in the sounds reflecting or bouncing off the ceiling. This may magnify the sound of the fan.

Another potential source of noise from the fan is the motor.

A flush mount fan motor has to work harder to achieve sufficient airflow because it is less effective than a standard mount. This comes from the reduced space between the ceiling and the blades. Hard-working motors are louder in general, but are also more prone to developing strain-related noises like clicking and humming.