The Reme Halo is an ionizer that can supposedly remove, and maybe even eradicate, certain mold species from the air. Such a device would be an incredible tool, but it’s important to take a deeper look into some of the supporting evidence before purchasing one.

After looking into some of the given claims and statistics, we will dive into the science of ionizers and examine the plausibility of the information we have been given.

Theoretically, Reme Halos rid the air of mold by producing ions that attach to spores, making them bigger to be caught by filters or fall to surfaces to be cleaned up. Reme Halos can remove particulates that mold requires to thrive. Results show high effectiveness but are not supported by follow-up studies.

Contents show table of contents
Reported Effectiveness of Reme Halo Against Mold
Factors to Consider About the Report
The Report is Published by the Manufacturer
Reme Halo Was Tested by Third-Party Labs
One Study Does Not Prove Anything
Ionizers Can Affect Mold Spores
Proposed Mechanism of Action
Final Verdict
Sources
Was this helpful?

One test done was dedicated to finding the effectiveness of Reme Halo against mold, yeast, and bacteria. Over a 48-hour period, mold amounts steadily decreased. Overall, it resulted in a 97-98% reduction of mold.

A 2,000 sq ft home and a 3,000 square ft simulated home were used in testing. It’s important to note that the report doesn’t give detail about the homes used in the study or what a simulated home entails.

Another test looked at effectiveness against Stachybotrys chartarum, also known as black mold. The Reme Halo cleared the mold out of the air in 12 hours, which is a 99+% effectiveness.

Factors to Consider About the Report

The Report is Published by the Manufacturer

This report was published by the manufacturer of Reme Halo. Thus, it is wise to look into all factors that went into this report, learn all of the information, and make a decision accordingly.

It’s also important when examining a study to look at who conducted the research. In this case, research wasn’t done by the manufacturer. It was carried out by several different third-party labs. 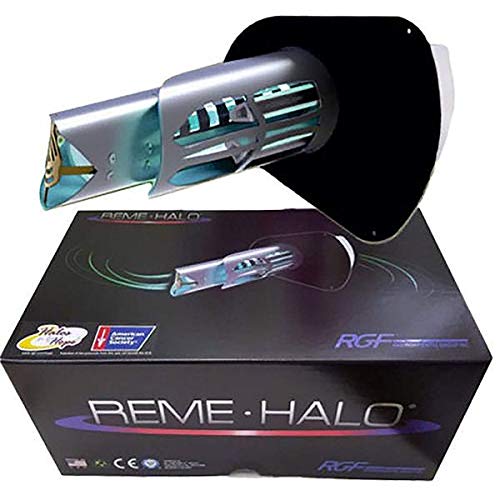 Taking this into consideration, this study has a smaller chance of being biased. The first factor contributing to this is that the manufacturer didn’t conduct the research themself, and the second factor is that multiple third-party labs took on the research, not just one.

One Study Does Not Prove Anything

With any experiment, we can only be sure of its validity when it is repeated several times by anyone, anywhere, and yields the same results every time. Without successful repetition, we can’t be completely sure that the results are valid.

This isn’t to say that studies done only once aren’t important. It’s just something to consider when researching a topic. If the experiment were repeated, it could have completely different results.

While the results of this study are still produced by science and are helpful to look at, one needs to be aware of other possible outcomes that this single study may not have found. This study shows great evidence for the product’s effectiveness, but it can’t fully prove anything without repetition.

Although ionizers can’t kill mold spores, there is evidence they can influence mold spores. They can help to remove the spores from the air and also remove other particulates that are required for mold to thrive.

For this reason, there is evidence that the results of the Reme Halo report for mold could be valid.

The Reme Halo is an ionizer, which generates negative ions and releases them into the air. On average, negative ions last about 100 seconds in the air. The lifetime can be affected by the cleanliness of the air, the number of ions, and nearby electrical forces.

Once negative ions enter the air, they have been found to be able to remove particulate matter (a dangerous pollutant) from the air. However, this has only been proven to work in enclosed spaces. This is why ionizers work for homes.

As negative ions come into contact with particles in the air, they attach to them, making them larger and heavier. They then fall from the air faster. The charge they receive also means that they able to stick to surfaces better.

As particles from the air fall, they accumulate in duct filters and on other surfaces of the home. This ensures that harmful particles aren’t being inhaled.

To finish the job, homeowners need to clean the particles up to ensure they are completely removed from the home. Since the particles will accumulate on surfaces, this makes them much easier to clean.

Mold is a type of particulate matter, so theoretically, ionizers will have this effect on mold as well. The results of the study are consistent with this claim.

In the case of Stachybotrys chartarum, the study showed that it can be fully inactivated. Theoretically, this would happen as the ionizer removes particles from the air that this mold species feeds off of, such as dust. Since the mold will have nothing helping it spread, it will quickly die off.

There are many factors to consider when making a decision about this report. Although it was published by the manufacturer, research was conducted by third parties. The biggest limitation of the study is that it’s only one study, so there isn’t anything else to go off of.

Since this is the only information currently available, it should be trusted for now. However, it should be accepted with a grain of salt.

It may help you to read through my article on the pros and cons of Reme Halos.