It can be exciting to install a new, convenient device like a remote-controlled ceiling fan; it can also be a bit of a daunting task if you need to run a new wire to your wall’s switch panel, or even install a new wall switch altogether.

Technically, remote-controlled ceiling fans don’t need wall switches, but for reasons involving safety, convenience, and potential code compliance, it’s likely you’ll have to anyway. We’re going to explain the specifics of what is and isn’t allowed, and we’ll cover the benefits of having a wall switch for your fan in addition to the remote.

Remote-controlled ceiling fans do not require wall switches unless the fan has a light. Even then, only the light has to be connected to wall switch. The remote and receiver system are connected to the power supply, so it can operate without the switch. They switch does provide safety and convenience.

Contents show table of contents
How Do Remote-Controlled Ceiling Fans Work?
Wall Switches Are Not Necessary to Function
Check with Local Building/Electrical Codes
Benefits of Wall Switches in Addition to Remotes
Should You Remove/Install a Wall Switch?
Sources
Was this helpful?

How Do Remote-Controlled Ceiling Fans Work?

Remote-controlled fans are able to operate because of two devices—the receiver and transmitter.

The receiver is located inside the fan’s canopy; the bowl-shaped structure where the fan attaches to the ceiling.

The transmitter is located inside the remote. As its name would imply, the transmitter “transmits,” or outputs a signal that is then picked up by the receiver.

This signal is communicated via radio frequencies—the transmitter and receiver are both set to communicate via the same frequency with another device called the dual in-line package, or DIP switch.

A transmitter and receiver are aligned to the same DIP switch frequency, which is what allows the two to communicate without interfering with other frequencies.

Wall Switches Are Not Necessary to Function

The remote control itself is all that’s really needed to operate a remote ceiling fan. So, long as there is no problem with the remote itself or with the receiver in the fan, and as long as the fan is hooked up to power, it will work just fine.

That means that it is entirely possible to install a remote-control ceiling fan without attaching it to the wall switch as the wall switch isn’t necessary for the fan to function.

While wiring a fan to a wall switch is not necessarily required, having the light attached to the wall switch is according to the National Electric Code.

Knowing that, it’s probably easier just to wire everything up to the switch.

However, even if you still prefer not to wire your fan to the wall switch, you should double-check and take a look at your local building and electrical codes first. It is possible that wiring your fan up to the switch is required in your area anyway as this does have safety benefits.

Benefits of Wall Switches in Addition to Remotes

On the topic of safety benefits, wiring your fan up to a wall switch means that you have an additional safety measure available when working on your fan.

This makes it so you’re less likely to face electrical injury if a passerby accidentally flips one of the switches back on.

Outside of safety, having your remote-controlled fan wired to the wall can just be convenient.

For example, if your remote malfunctions or its battery dies while you don’t have spares, you’ll be able to turn your fan off or on as needed without the remote. If you don’t have the wall switch, you’d have to try one or more alternative methods.

Similarly, if someone misplaces the remote, the fan can still be operated until the remote is found. In my opinion, this benefit makes wall switches worthwhile even in chain-controlled fans because those chains are always snapping!

The last benefit is just a tiny convenience. Sometimes it is easier to just reach inside a room to turn the fan on or off, rather than having to walk across the room to grab the remote.

Some might consider that last reason a bit lazy, but as a forgetful person, I know that those extra ten seconds can save my memory on my way to completing another task!

Should You Remove/Install a Wall Switch?

If your fan is already hooked up to the wall switch, it’s probably better just to leave it alone. If you prefer to only use your remote, there’s no reason you can’t still do that.

Leaving the fan wired to the switch, however, still provides you with all the benefits listed above, should you ever take advantage of them.

Plus, if you were planning to completely remove and patch over the switch, you won’t have to go through the effort of filling and painting over the hole.

If your fan isn’t already wired up to the wall, there are only two reasons you would need to install a wall switch. 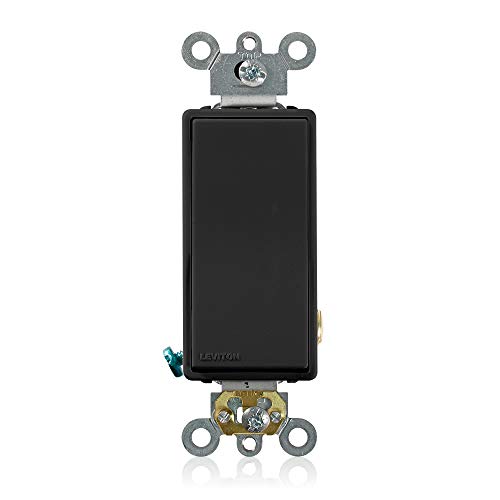 If you don’t need to wire your fan to the wall to meet code requirements and you don’t really care for the additional benefits, you’re free to let your fan be controlled by your remote only.