So, you are looking for a secret place to smoke your cigarettes, etc., inside the house. Whether you don’t want your parents, significant other, kids, roommates, or landlord to find out, the bathroom, with its exhaust fan and almost guaranteed privacy, is the obvious choice for the clandestine ciggy.

But when you are trying to cover up the fact that smoking is happening, you want to be really, really sure that there is no way for someone to find out. Clearing the smoke and masking the smell are of paramount importance, and, as you will see by the end of this article, these requirements are not so easily achieved in a bathroom.

Bathroom fans aren’t reliable for dispersing smoking evidence. Using the fan and shower is noticeable, and steam can cause the smoke to stick inside the bathroom. Backdraft dampers can fail, thereby not keeping the smell out as they should, and noticeable odors can build up at the vent exit.

Contents show table of contents
Exhaust Fans Will Exhaust Smoke
Smoke Is Different to Steam
Will Running the Shower Help to Mask the Smell?
Smoke Can Get Carried to Other Rooms
Smokey Smell Can Build by the Exit Vent
Neighboring Apartments Can Be Affected
Final Verdict
Sources
Was this helpful?

Billows of steam or billows of smoke, the correct-sized and well-functioning exhaust fan will eventually clear both from the bathroom.

Exhaust fans are designed to eliminate steam from the bathroom, causing moist air to be replaced with fresh and dryer air. If the air in the bathroom is saturated with the by-products of whatever you are smoking, the exhaust fan will also remove this air and replace it with clean air.

Ultimately, the effectiveness of a bathroom fan in removing smoke depends on how close you are to the fan when you are smoking, how much smoke is produced, the efficiency of your exhaust fan, and how long you run it for after you have finished smoking.

Smoke Is Different to Steam

Yes, extractor fans in bathrooms are designed to remove air from the room and replace it with fresh air. But, they are designed to work with a certain compilation of factors that your cigarette smoke does not necessarily follow.

With regards to odors, be they regular bathroom smell or the smell of smoke, the exhaust fan is also able to remove these, although this is not its primary function. Furthermore, it will only remove the odor that is carried in the air itself.

Smells can be absorbed into walls, furniture, towels, and even the paint, thereby lingering in the room long after the smoke has cleared. How long and how potently depends on the pungency of the odor and how much time it had to seep into these objects and structures.

Cigarette (or other) smoke is much more pungent than steam, which arguably has no odor at all. In addition, smoke is not likely to be as hot as steam, so the rate at which it rises to the ceiling extractor fan (even wall fans are located higher up the wall, close to the ceiling) is slower, allowing more time to seep into the bathroom walls and towels.

When you are taking a steamy shower, or rather when your roommate or family member is, you can often see small amounts of steam escaping through the cracks around the door and even through the keyhole. This is another route of escape for the smoke, and as the smoke lingers longer, there is more time for it to reach adjoining rooms in this way.

Will Running the Shower Help to Mask the Smell?

While steam is a good way to help clean cigarette smells off your clothes, this might not have the intended effect if you expect your shower to help filter out your stealthy cigarette smoke.

Certainly, having the shower on will help the exhaust process in the bathroom and could help to filter the cigarette smoke out faster. However, there is the matter of humidity.

Humid air might end up carrying the smoke particles and instead of removing all the smoke, you might find that your steamy bathroom is holding onto the smoke smell more. There is always condensation in a bathroom when a steamy shower is running. When mixed in with the steam, the smoke particulates, along with the odor that they carry can form droplets all around the bathroom.

So, you may end up with cigarette smoke streaking down your walls, mirrors, and shower glass. The result is having to somehow clear away smoky water on top of smokey air, and if the water dries on these surfaces, then it can cause brown or sticky stains, which will be noticeable.

Should the person you would prefer not to know about your smoking research the potential causes of this discoloration, smoking is bound to come up. I know that I have included it in my article on the subject.

Smoke Can Get Carried to Other Rooms

Backdraft dampers are supposed to prevent air from re-entering the house through the ventilation system. But this isn’t guaranteed at all times. Moreover, while dampers are necessary, that doesn’t mean they have actually been installed.

The vent for your bathroom fan is required to have a backdraft damper, according to Section M1505.2 of the International Residential Code (IRC). But sometimes, previous owners have removed it. These dampers can also fail due to damage, age, or improper installation.

If you are running your exhaust fan more frequently to get rid of your cigarette smoke, you are increasing the wear on the fan and it will require replacing more often. And during the time that it is reaching the end of its functional life, it won’t be as effective and may allow smoke to escape into other parts of the house.

It also won’t do as great a job of keeping your towels and bathroom items free from the pungent odor.

Smokey Smell Can Build by the Exit Vent

You won’t be able to feint ignorance if your exit vent ends up smelling like an astray.

The same way that the smell of cigarette smoke is more potent than normal bathroom odors that would be extracted, it would be a noticeable difference at the termination point of the vent. Especially since the scent can permeate the surrounding paint, wood, and nearby outdoor furniture, etc. 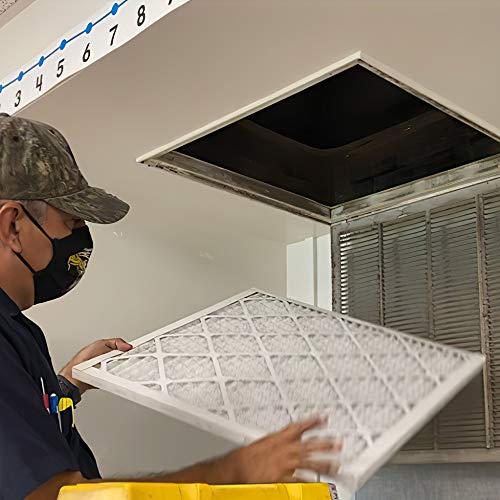 This can build up to be very noticeable over time, which won’t be helped in colder seasons when more condensation may occur at the terminal when the hot bathroom air meets the cold outside air.

This can mean that smokey water droplets are gathering around the vent dripping off onto the house, where the staining and smell would become obvious.

Neighboring Apartments Can Be Affected

If you are in an apartment building, your bathroom vent at some point connects to the central building vent. Your smoke may not be hanging around your apartment, but it very well could be entering in through your neighbor’s bathroom exhaust fan.

While this indicates a faulty or damaged backdraft damper in their bathroom, the issue is that there might be complaints about cigarette smoke.

As neighbors, your exhaust terminals are likely near each other and this can mean each time you are enjoying a cigarette, your neighbor is suffering from the smoke you are getting rid of.

All the issues you are trying to disguise from your bathroom may become your neighbor’s problem. Odors that permeate their towels, clothes, and hair may be caused by your smoking. There is also the moral dilemma of your neighbors experiencing second-hand smoke, which can affect their health.

If you are particularly interested in stealth smoking, then you might want to reconsider your spot as it won’t be a big jump for your landlord to come knocking at your door if your neighbor is complaining about someone smoking. In which case, you might be outed.

If you are attempting to smoke without getting caught, then the bathroom may be a relatively solid bet in the beginning. However, people are going to start noticing sooner or later.

The process you would need to go through to make sure that the cigarette traces are gone would be suspicious if they happened with any type of regularity. You might be able to pull it off at your regular showering times, but it may seem odd at other intervals throughout the day.

There is also the matter of non-smokers. Non-smokers are less accustomed to the smell of cigarette smoke and so it is likely that as much as you believe the smoke to be cleared and the evidence gone, someone else could very easily identify the distinct odor.

If your next option was trying to blow smoke into a freezer, I’m sorry to say that this won’t work either.