You may think that there’s not a lot to a ceiling fan. You turn it on, and voila, you’re no longer sweating up a storm while you make dinner. However, you may be surprised at just how much more there is to these appliances. Here are 9 things that you may not know about ceiling fans.

Contents show table of contents
1. Ceiling Fans Don’t Actually Cool the Room
2. AC Efficiency Can Be Increased With a Ceiling Fan
3. You Can Use a Ceiling Fan With a Heater
4. Ceiling Fans Consume Very Little Energy
5. There Are Ceiling Fans With Retractable Blades
6. Injuries Due to Falling Ceiling Fans Are Very Rare
7. Blade Number Can Determine Noise Level
8. Your Ceiling Fan May Need Oiling
9. Low Speed Is Often the Most Efficient
Sources
Was this helpful?

When you turn on your ceiling fan, after a few minutes, you may find yourself feeling cooler. However, you are probably not aware that the ceiling fan is not actually cooling the room you’re in at all.

In fact, the temperature of the room will remain unchanged—it is your body temperature that decreases due to a phenomenon called the “wind chill effect”.

When the fan blades rotate in a counterclockwise direction, it creates a column of air below the fan. Flowing air moves over your skin and blows away the thin layer of warm air that is naturally held against your body as insulation.

Wind chill does two things that result in you feeling cooler. Firstly, you no longer have that layer of warm air sitting against you. Secondly, your body is able to get rid of excess heat because of the temperature gradient formed between your skin and the air passing over your skin.

If you are sweating, then evaporative cooling, a process you are likely more familiar with, also occurs to enhance the cooling effect.

Your body temperature has lowered and you feel cooler but the air temperature of the room has not altered at all.

2. AC Efficiency Can Be Increased With a Ceiling Fan

Using your ceiling fan at the same time that your AC is running might seem like a huge waste of money. Why run two appliances concurrently that essentially do the same thing?

While both appliances have a cooling ability, they have different ways of achieving this.

The AC removes the hot air in a room and replaces it with cooled air. The cool air will disperse throughout the room slowly as it won’t be circulated quickly. Your ceiling fans simply circulate air, cooling your body via the wind chill effect.

Running your AC will end up costing you less each month if you switch on your fan and let it run at the same time. Since the wind chill effect will assist in cooling down the people in the room, there will be less of a need to have your AC at such a low temperature.

You can, therefore, set your thermostat higher (around 75 °F), which will reduce the pressure placed on your AC, costing you less, and you can do this without compromising thermal comfort.

Running a ceiling fan is very inexpensive compared to running an AC, so the amount of money you spend on operating the ceiling fan is less than what you save setting the thermostat to a higher temperature.

3. You Can Use a Ceiling Fan With a Heater

Using a ceiling fan with a heater may sound absolutely absurd—and even counterproductive. Why would you want to cool your body down when you have a heater on with the sole purpose of warming you up?

If you didn’t know, your ceiling fan actually has a different setting that you can choose for winter. This winter setting reverses the direction in which the ceiling fan blades turn. Normally, they turn counterclockwise; in winter mode, they turn clockwise.

The result of this direction reversal is that air is no longer pushed down by the blades, but is, instead, pulled up by them.

Cool air is pulled up out of the occupied area of the room. In addition, this cool air forces the air sitting against the ceiling to move down into the occupied space of the room (displacement).

Because the air sitting against the ceiling is naturally warmer (hot air rises), this mechanism is supposed to warm you up or at least surround you with warmer air.

However, it is important to note that this winter mode is only effective at warming you up if there is an external heat source, such as a heater or lit fireplace. The air that the fan will circulate is not actually much warmer than the room temperature, so you need an additional heat source to actually warm you up.

The wind chill effect is not likely to occur as the air is circulated at a much weaker force in this setting.

You might think that leaving your ceiling fan running for hours at a time will cost you a fortune, but in actual fact, ceiling fans are quite energy-efficient.

Ceiling fans come in a variety of brands with differing motor strengths and speeds, so the exact cost will vary according to the power of the fan.

To ensure the utmost efficiency, get a fan with a high CFM and that operates at low wattage. At least 75 CFM/W at the highest speed is needed in order for the fan to be considered efficient.

DC ceiling fans, while more expensive to purchase are even more energy-efficient and cheap to run, so you may want to look at the pros and cons of opting for one of these.

5. There Are Ceiling Fans With Retractable Blades

When you think of a ceiling fan, you probably imagine long blades that are a permanent feature that you expect to see every time you look up. However, you actually get ceiling fans that come with retractable blades.

That’s right—blades that fold over one another and above the fan light, neatly tucked away when not in use.

These fans are remote-controlled, and when you turn them on, the rotor speeds up and, at a certain speed, the clever mechanism of these fans causes the blades to twist open.

6. Injuries Due to Falling Ceiling Fans Are Very Rare

A lot of people seem to have a fear of a ceiling fan becoming detached and falling onto them or their family members.

Although the possibility of this is not entirely impossible, you can be quite confident that the chances of this happening are extremely rare for a properly installed ceiling fan.

With your average ceiling fan weighing around 50 lbs (23kg), if the fan were to fall on you, the effects would probably be quite intense, if not fatal.

However, a ceiling fan is only going to be at risk of falling if there is a natural disaster, such as a strong earthquake, poor installation, or if you have misused the fan (check out my article on Can a Ceiling Fan Hold a Person).

Many ceiling fans, especially older ones, may make a lot of noise when they are on and spinning.

Sometimes this noise is due to a malfunctioning motor or loose screws, or it may simply be the result of the number of blades on the fan.

Fewer blades have to work harder to achieve a certain amount of airflow, making them work harder. The harder the motor works, the more noise the fan can create.

If you want to reduce the noise created by your fan, then it is best to opt for one that has a higher number of blades (but more is only better up to a point!). Fans with more blades will spin slower and make fewer revolutions, so they will be a lot quieter while performing the same function.

8. Your Ceiling Fan May Need Oiling

A ceiling fan does not seem like the most high-maintenance appliance. Besides the occasional dusting, once it is installed, you should just be good to go right?

Well, not necessarily. Just like other electrical and mechanical appliances, wear and tear can occur in a ceiling fan, and you may need to lubricate the motor bearings of your fan. You will do this by inserting oil through a small hole provided in the motor housing.

You won’t even need to dismount the fan at all to do this, which is a win! This process also only has to be done once a year (or according to product requirements set out in the manual), so you really won’t spend much time doing it.

Not every fan will require this, though. Newer ceiling fan models tend to have sealed, self-lubricating bearings.

Now it is important to know that you can’t use the same oil that you would to clean other mechanical equipment and appliances—it is best to use non-detergent oils, which can coat the bearings without griming them. And no WD-40! 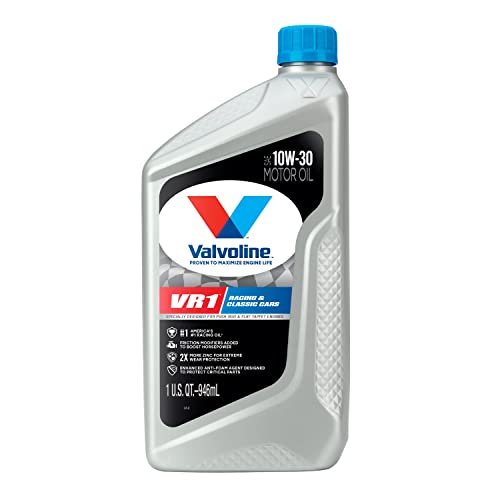 9. Low Speed Is Often the Most Efficient

On a hot summer’s day, you may be tempted to turn your ceiling fan to the highest speed to get the best cooling action. However, putting it on a low speed is often the most efficient, particularly if you have larger blades.

Research has found that you will actually get more CFM/W when you run the fan on low speed.

When operating at a low speed, a ceiling fan will use less than 3W of electricity, but as soon as you increase that speed, nearly 17W will be used.