Ventless dryers often seem to have mixed reviews from the general public. This mainly stems from the fact that Americans are programmed to think unvented dryers are unsafe. It can be a little off-putting.

However, ventless dryers are safe to use and have in your house. More than that, they may be the perfect solution for you if you lack the space to vent a dryer. Here is all you need to know about ventless dryers so that you can make an informed choice.

Ventless dryers use heated air to evaporate water from clothes. The air is then cooled, and the water is condensed out within the dryer. No ducting is required. Heat pump and condenser dryers have different ways of doing this. They are easy to use, maintain, and install, and can be safer than vented versions.

Contents show table of contents
How Do Ventless Dryers Work?
Heat Pump vs Condenser
Air Intake and Heat Generation
Evaporation
Cooling and Condensation
Drainage
Air Recycling and Expulsion
Lint in Ventless Dryers
Can Ventless Dryers Be Vented?
How They Compare to Vented Dryers
Price and Installation
Variety
Performance
Cost of Running
Use and Maintenance
Lifespan
Ventless Dryer Myths: Busted
Are They Safe?
Pros and Cons
Are Ventless Dryers Worth It?
Was this helpful?

How Do Ventless Dryers Work?

Ventless dryers use a process of heat generation and condensation to evaporate water from the dryer load before cooling the air to deposit the evaporated water into a container. There is a lot more detail about how ventless dryers work, but for this article, I will provide a basic summary:

The heated air is blown into the drum of the appliance, where your clothing is waiting. The hot air evaporates water from the material as it passes. The air becomes humid as the amount of water it carries increases.

This water-ladened air passes out of the drum, and now we move on to the moisture removal process. Without a vent to expel the steam, you might be wondering how the ventless dryers deal with moisture.

The air leaving the drum encounters either larger coolant coils with less pressure (heat pump) or a heat exchanger (condenser). Both result in condensation.

So, with all that condensation occurring, do you need a drain? No, having a drain nearby may prove helpful, but it is unnecessary. Most ventless dryers have a water tank that catches the condensation. You just have to empty the tank as needed.

Some models do have the option of installing a drainage hose. It is a simple process of setting up the drainage hose, and you don’t need to worry about remembering to empty a tank. 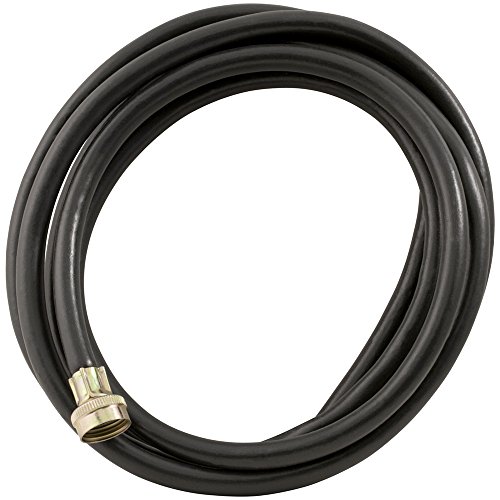 The air that has been cooled and relieved of its water content is re-heat and re-circulated through the drum. The process repeats until the end of the cycle, when the air is cooled a final time and released into the environment.

Can Ventless Dryers Be Vented?

Venting a ventless dryer will only impair its functioning as you will get rid of the air the machine took in. The whole process of how this type of dryer actually dries clothes is based on recycling that air.

Converting a ventless dryer is not a viable option as you would, theoretically, need to modify the entire internal system and casing of the appliance to fit a vent outlet to the machine.

I cannot imagine how much time, money, and effort this would take, not to mention you would have no guarantee of success. Instead, you have a ventless dryer that is designed to operate safely and effectively as is, provided you follow the manufacturer’s directions for setup and use.

How They Compare to Vented Dryers

This article is meant to be the all-you-need-to-know about ventless dryers. While I will touch on some of the main differences between vented and ventless options below, I have a more detailed Ultimate Comparison guide to tell you all you need to know about that, specifically.

Ventless dryers are much easier to install because you have no ducting to worry about. Instead, you simply transport the machine to the desired location (following manufacturer recommendations) and plug it in. Just make sure the back is not too close to a wall, so the air intake isn’t impaired.

Ventless dryers are exclusively electric. Having a gas-operated dryer with no vent to exhaust the hazardous byproducts would be unsafe. Instead, you have a variety of mechanisms to choose from (the first two being the most popular types):

Ventless dryers (in particular, heat pump dryers) are much more energy-efficient than vented dryers because they lack venting and have lower operating temperatures. Unfortunately, this does mean longer drying times. However, this may help prevent some shrinking clothes, especially cotton.

Dryers are expensive appliances to run. Many factors influence the cost per load of ventless compared to vented dryers, which is why I have an article that explains all this. However, here we are simply going to look at the average cost associated with dryers for one load.

Cost per load for vented dryers:

Cost per load for ventless dryers:

Keep in mind that ventless dryers are often smaller than vented dryers. Consider your situation and family life, as it may be more expensive to have a ventless dryer if you need to do two loads for every one you could fit into a vented option.

While the use of ventless dryers compared to vented dryers is negligible since the settings are pretty similar, the only difference being that ventless dryers sometimes have more settings to choose from. There is a bigger difference on the maintenance side, which is key to the appliance’s longevity.

Ventless dryers are quite low-maintenance compared to their vented counterparts. Typically, you only need to empty the tank and lint filter regularly to keep them functioning well. This is a lot less work than vented dryers, which require emptying the lint filter and tackling the task of cleaning out the ducting.

Are Dryer Sheets Safe to Use?

One important note is that you shouldn’t use dryer sheets in your ventless dryer. Some of the chemicals that may be used in the dryer sheets make exposure to them risky. The ingredients in the sheets may not necessarily be dangerous, but it is safer to avoid using them since the ventless dryers are not intended to be used with potentially harmful gases.

If you are looking to invest in a dryer, you would naturally want to know how long ventless dryers last, particularly when you typically only have a 1-year warranty.

In general, you can expect a longer lifespan from a ventless dryer. This difference is attributed to lint. The lint buildup in the ducting of vented dryers decreases the efficiency of the dryer and makes it work much harder to perform. This puts strain on the components of the machine and will shorten its lifespan.

The biggest myth surrounding ventless dryers is that they exhaust lint into your home. This myth makes the appliance seem unsafe and undesirable. Understanding the function and lint filters of ventless dryers, as we do now, we know this is incorrect. There are also a couple of other myths about ventless dryers that need busting.

Another concern is that humid air that comes from the dryer can increase the humidity levels in a room. Ventless dryers may lack vents, but they should not lack sufficient ventilation. This is when you would notice increased humidity and condensation. Good airflow around the machine is important, but the dryer also removes condensation before releasing the air.

If ventless dryers can create humidity and condensation, will they also cause mold? The appliance can increase the risk of mold and mildew growth and add to an existing problem. However, if the room is well ventilated, you empty the water tank and dry any puddling, and keep up with the maintenance, you can prevent mold issues. You can also use a dehumidifier if you struggle with ventilating the room.

These dryers are heat-based appliances; they will give off a certain amount of warmth while running. However, they will not heat a room like a furnace. The hot air used in the drying process is cooled before being released into the room. If your dryer is heating the room, it is likely not ventilated well enough.

Ventless dryers are designed to operate safely throughout their lifespan without a vent output. There are risks associated with vented and ventless dryers, such as lint, overloading, unsuitable items, and electrical and mechanical failures. However, ventless dryers may be even safer than vented dryers.

The primary safety risk associated with dryers is the fire caused by lint. The addition of the second lint filter addresses the lack of venting for lint removal. You are intended to keep both clean to allow the machine to operate as well as possible. This lint system may actually be safer than venting, as lint cannot collect ductwork and block heat dispersion.

Ventless dryers also operate at lower temperatures and produce less heat, which is frequently the source of ignition with lint. This means that vented dryers, especially gas versions, are more dangerous because they get hotter.

There are also steps you can take to further reduce any fire risks for your ventless dryer by emptying the lint trap and keeping the machine clean, using the appliance correctly, and using direct electrical connections instead of extensions.

Below is a summary of the pros and cons of ventless dryers:

You can also look at the pros and cons specifically for heat pump or condenser dryers if you are trying to decide between them.

Are Ventless Dryers Worth It?

Vented dryers are not necessarily as well-known outside of the US, and not everyone is keen to chop up their house. The benefits of not needing to install ducting and not having the added fire risk make the appliance a good addition to your home. However, ultimately the decision rests with your needs and preferences.

Ventless dryers are also the most expensive type of dryer and will cost you a good few hundred dollars extra. However, the benefits of the appliance can make the extra cost worth it, the main points being that you save on utilities and the cost and inconvenience of venting while you can put the appliance almost anywhere you want.

The freedom of installation that comes with ventless dryers is one of the biggest advantages of the appliance. Sometimes, the dryer ends up in the middle of the house, and there is no established ductwork for venting. The easiest solution here is to go ventless.