Ventless dryers are an up-and-coming appliance in the USA, but they are already predominant in European countries. They have many benefits, but overall, their popularity comes down to two important factors: they are convenient and often very energy-efficient.

If you’ve ever stumbled across the dryer venting codes or you’ve recently installed a dryer vent, then you know that the powers-that-be are serious when it comes to properly disposing of the hot and humid air produced by dryers. So, the question is how can a dryer solve this problem within itself in a way that satisfies health and safety standards?

Ventless dryers draw in air, heat it, and send it to the drum. Hot air evaporates moisture from fabrics. Hot, humid air then passes into a condenser and cools, causing the water to condense out into a collection tank or drainage hose. Condenser dryers and heat pump dryers heat and cool air differently.

Ventless dryers are, as you can guess from the name, a type of dryer characterized by the fact that they operate without the need to vent hot and humid air externally. Instead, they handle the heat and moisture internally. 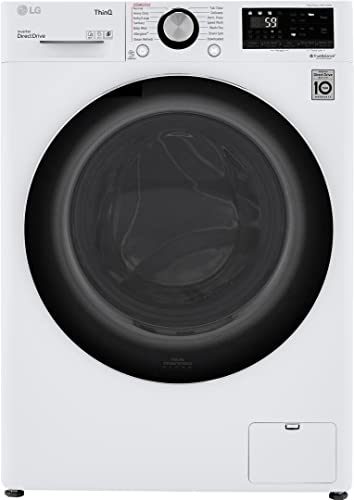 Both types of dryers are electrically powered (you cannot have a ventless gas dryer; it would be a CO risk) and they function according to the same principles. The operational differences tend to be isolated to the air-heating mechanism and the condensing mechanism.

Let’s get into how vented dryers work—after all, that’s what you came here for!

Air Pulled in and Heated

Ventless dryers pull in air from the room and use it inside the machine to help dry your clothes.

If you look at the dryer intake vent, you will likely see a grille vent cover. But if you peer past this, you will see the blades of a fan. This fan is powered by the dryer’s motor and as it turns, it pulls air from the room into the dryer.

This is one of the reasons why your dryer should never be pressed right back against a wall. The air intake vent is at the rear of the appliance and setting it flush against a wall inhibits sufficient air intake, putting strain on the dryer and inhibiting its drying capability.

How this air is heated differs significantly between condenser and heat pump dryers, so we’ll look at them individually.

As the air is exposed to the hot elements, heat is transferred naturally down the temperature gradient to the cooler air, heating it up before it continues on its path to the drum.

The temperature of the heating element is controlled by the size of the electric current and by a temperature shut-off switch. This switch is very important because it protects the element from burning out and prevents fire-setting temperatures from being reached inside your dryer.

Heat pump dryers heat the air using heat pump technology. This relies on refrigerant coils filled with a fluid known as refrigerant or coolant. It seems odd to associate these two words with a heating system, but they are also capable of cooling (which we’ll get to later).

Refrigerant or coolant utilizes the relationship between temperature, pressure, and volume to achieve its function. I’m not sure how much you remember from high school science, but this relationship has been burned into my brain forever.

Basically, if you take a certain amount of fluid and reduce the volume of its container, you increase its pressure (the energy exerted against the container). This is because squashing the fluid molecules into a smaller area means that they are more likely to collide with each other and the container.

When they collide, the speed at which they move increases as well. When objects move faster, heat is generated. This is how rubbing your hands together warms them up and how you can start a fire with two sticks.

So, what heat pump technology does is it takes a certain amount of coolant and pushes it through coils. For now, we will focus on the narrower coils contained in the compressor side of the heating unit.

As the coolant is forced into these narrow coils, the pressure increases, and the temperature rises. Air pulled into the dryer is passed over these heated coils and the heat is transferred down the temperature gradient to the air. The air then makes its way to the drum.

When heated air enters the rotating drum, it blows past and through the fabrics of your clothing, evaporating the water contained therein.

In this way, your clothes get drier and the hot air becomes laden with moisture. The hotter the air, the more moisture it can hold, which is why a colder dryer setting takes longer.

The hot and humid air then passes out of the drum.

The clothing will not be completely dry at this stage. Hot air has to be blown through the dryer several times before all the moisture is removed.

If one volume of heated air was blown into the dryer and stayed there, complete dryness would be out of the question. The air would become saturated with water long before the clothing was moisture-free.

In a vented dryer, the hot and humid air would simply be blown through a lint filter and into the vents to be carried outside.

Ventless dryers, on the other hand, have a cooling and condensing system. But before the air reaches this system, it passes through two lint filters. These need to be emptied after each load.

Air Cooled and Moisture Is Removed

While both ventless dryer types cool the air and remove moisture, the way in which they do so differs.

In condenser dryers, the still hot and humid, but now filtered air passes into a condenser. Here, the air is cooled using a heat exchanger.

As the air is cooled, it becomes unable to hold onto the moisture that it picked up in the dryer drum. This water condenses out of the air and is collected in a collection tank.

Here we return to our refrigerant coils. As you now know, the narrow tubes in the compressor side heat the air entering the dryer. Well, these coils extend into the other side of the heat pump, the condenser side. Here, the coils become wider.

Wider coils mean that the coolant is not so pressurized and its temperature decreases. The nature of the coolant allows a significant temperature change associated with a relatively small change in volume and pressure.

As air passes over these coils, heat is transferred down the temperature gradient from the air to the coils.

Once again, the colder air holds less water, so the moisture condenses out and is collected in a tank.

Regardless of whether the dryer is a condenser or a heat pump model, the water container needs to be emptied as regularly as required by the exact dryer model, but after each load is a safe bet.

Some ventless dryers come with the option of connecting a drainage hose. Then, instead of the condensed water collecting in the tank, it is drained out directly into a drainage pipe, drain, laundry sink, or whatever else you have available.

The cooled air in a ventless dryer is not just released and more pulled in from the room. Vented dryers constantly pull new air in from the room in which they are installed. This is bad for the energy efficiency of your HVAC system, which has a hard time trying to maintain the indoor environment.

Instead, ventless dryers contribute to a more energy-efficient home by simply reusing the cooled air in the condenser. This air passes back over the heating element or compressor coils in a condenser and heat pump dryer, respectively.

From here, the whole process repeats until the laundry is dried.

When the fabrics are completely dry, the air leaves the drum for the last time. It also passes into the condenser one last time.

This air is now free of lint, water, and heat and it is released into the room, where it should not have any significant impact on the temperature and humidity of the room.

For more information, check out my guide on Ventless Dryers: All You Need to Know.