Bathroom fans are essential to making sure a bathroom is safe and properly cared for. Their main job is to protect the room from excess water, so when water starts dripping from your fan, it’s a clear sign that something is wrong!

There are many reasons why your bathroom fan may drip after a shower, but all these reasons also have solutions.

Showers produce steam. When this is not removed properly, the water condenses in the ducts and can drip out the bathroom fan. Causes include broken ducts, underpowered fans, turning the fan off too soon, or uninsulated or badly insulated ducts.

Contents show table of contents
Is It Normal for Fan to Drip After Shower?
Dripping Results From Condensation
Fan Drips After Shower In Winter
Cold Air Surrounds Uninsulated Ductwork
Steam Melted Snow on Roof
Dripping Fan In Summer After a Shower
Hot Air Surrounds Uninsulated Ductwork
Air Conditioned Air Inside Ducts
Dripping Fans Can Indicate Broken Ducts
How to Stop Fan From Dripping After Shower
Future Duct Damage Prevention
Is Your Fan Strong Enough?
Do You Run the Fan Long Enough?
Sources
Was this helpful?

Is It Normal for Fan to Drip After Shower?

While it is common for bathroom fans to drip, it does not mean that it is normal. Instead, it indicates that the system is not optimized to remove the moisture from your bathroom.

Having a faulty fan can lead to issues in the future if it is not fixed.

For instance, water sitting in the fan ducts can cause rust. In addition, you could experience damage from water dripping down the bathroom walls. It could also lead to the growth of black mold and mildew, which could become potentially dangerous to inhale.

While there are different ways that the dripping occurs after a shower, they all are a result of condensation. Condensation is when hot air, such as the air from inside your shower, comes into contact with cooler air or a cold surface, like an uninsulated duct, a mirror, or a tiled wall.

The warm air transfers its heat to the cold air or surface and is chilled. Since cold air is unable to hold as much moisture as hot air, the water in this warm air condenses and results in dripping.

Fan Drips After Shower In Winter

If you experience dripping water when the temperature drops, it could indicate that your fan’s ductwork is not insulated properly or is completely uninsulated. Without insulation, cold air from outside is able to surround the fan’s ducts and other parts of the fan.

If this is the case, then the steam and hot air travel up the fan and interact with the colder ducts. This causes the air to condense and leave water in the ducts. The water from inside the fan would then drip out from the fan, vents, and/or the fan housing.

A fix would be to add insulation to fan ducts. Insulation is required where the ducts pass through unconditioned spaces, but it is beneficial along the full length of your exhaust system.

In addition, while you may already have insulated ducts, it is possible that your insulation has worn down and doesn’t work properly. Therefore, it would have to be replaced.

If your fan ducts are properly insulated, and you are still experiencing dripping, it may be caused by your attic not being properly insulated. It would, therefore, be allowing cold air in and causing the dripping.

The solution for this would be to fix the insulation issue in the attic. We’ll get into more detail about fixing insulation later.

In winter, snow can build up on your roof (if you live in countries that experience snowfall). As hot shower air is released from the bathroom fan’s terminal vent, it can cause this snow to melt and drip down into the ductwork.

There are systems in place to try and prevent such things (roof vent hoods, flashing, and backdraft dampers), but any small failure in these systems can allow melting snow in. As these systems are exposed to harsh outdoor environments, they are vulnerable to breakage.

The solution would be to repair and damage, replacing pieces if necessary, and set up a new system to ensure that these external pieces of the exhaust system are well taken care of and maintained in the future.

Dripping Fan In Summer After a Shower

Water dripping from your fan in the summer could have a couple of causes. It is possible that the air around your ductwork is colder than the air in the ducts, which means that the explanation above could be applicable. However, there are also a couple of other possibilities.

In the summer, it is possible that the air outside is hotter than the air inside the fan ducts. Therefore, the colder air inside (from your refreshing, moderately warm shower) would cool the hot air outside, leading to condensation on the outside of the ducts rather than inside if the air was particularly humid.

This is similar to when cold air surrounds uninsulated ducts. However, in this situation, water drips in areas outside and around the fan housing rather than from inside the fan and vents.

So, a telltale sign that the issue stems from a lack of insulation is if your fan was leaking from inside during colder seasons while dripping from around the fan components during warmer seasons.

When condensation forms on the outside of the ducts, it can also begin to pool in cracks and crevices of walls and the attic or other rooms that the ducts travel through. This, as mentioned before, would promote the growth of mold and mildew, and it could become dangerous if left unchecked.

If you enjoy blasting the AC in summer, be aware that it could lead to your fan dripping. When you have the AC set to a low temperature, the cold air is likely to enter your fan ducts.

During and after you take a shower, the hot air is pulled by the fan into the ducts and hits the cold air, resulting in condensation. The water would then travel back down the duct and drip from the fan or from inside the fan’s components.

The issue of a dripping fan does not necessarily have to indicate an issue with insulation. It could also hint at an issue with the fan system itself. For instance, if there is a crack or hole in a duct, the fan will not be able to conduct air to the outside as optimally as it should.

A fan with a hole or crack loses air and, therefore, it also loses pressure. A dip in pressure impacts both the velocity that air moves at in the ducts and the amount of air that flows through.

While there is more to it, the important thing to remember is that less pressure means that air stays in ducts longer because it moves at a slower pace.

Because the air is moving slower, hot air from a shower cools down while it is still inside the fan ducts. Therefore, it condenses in the ductwork. The water travels back down and out the fan causing it to drip. Because of this, a fan can still drip even when properly insulated.

If this is the case with your fan, the only way to fix it is to replace the broken duct. There are, however, ways to help prevent this from happening again, and we’ll get into it in a moment.

How to Stop Fan From Dripping After Shower

If your fan is dripping water, there is most likely an issue with the insulation. Therefore, understanding how to add and replace insulation is key to fixing it.

Fiberglass insulation (the most common type of insulation) typically lasts around 15 to 20 years before it begins to break down. If you know that your duct’s insulation has not been replaced in a couple of decades, it is very likely that this is what is causing your issue. 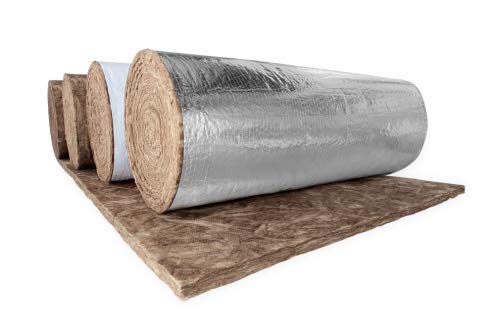 In addition, your insulation may need to be replaced even earlier if it has experienced water damage because it is prone to growing mold and becoming further damaged.

While not recommended, another solution would be to insulate the attic and other rooms that the ducts travel through. However, this solution is much more expensive and, oftentimes, just adding duct insulation is enough to fix the problem.

Using a dehumidifier or another similar device may also help fix the issue by taking out moisture from the air, reducing the amount of water that could condense in the ducts.

If the problem was caused by damage to the duct itself, it is important to take measures after fixing it to prevent future damage.

Is Your Fan Strong Enough?

There is another reason why your fan drips after you shower. Fans that are not rated for the size of the room or the amount of moisture that can build up in it will not be able to cope with the excess moisture.

It removes what it can, but the system is overwhelmed too quickly and the time it takes to remove the steam is not sufficient to ensure that the air doesn’t cool too fast, allowing the resultant condensation to drip back out from the fan.

The solution would be to correctly size your fan for your bathroom. You can use my CFM calculator for this.

Do You Run the Fan Long Enough?

If you step out of the shower and turn your fan off—even if you turn it off five minutes later—the steam inside the ducts stops moving, cools, condenses, and drips right back out of your fan.

To stop this from happening, leave your fan to run for 20 minutes after your turn off the shower. If you are worried you will forget to go back and turn it off, or if you leave the house soon after taking a shower, then you should research bathroom fan timers or humidity-sensing bathroom fans.