Although the typical American dream details a beautiful home with a white picket fence, the reality is that it is quite uncommon for American houses to have fences. Compared to other countries around the world, where fences are more common, America is the home of open lawns with direct access to the street.

Whether you have seen this first hand or purely in blockbuster films, you may have wondered why American homes lack fences. There are many reasons why this phenomenon occurs in America, and I have provided you with an extensive list of them below.

The lack of fencing in the US is likely exaggerated by pop culture portrayal. But fences are less common in the US than some countries. Reasons include HOA restrictions, class associations, the idea that the US is safe, housing density, a sense of community, and history. Backyards are more commonly fenced.

Contents show table of contents
Fencing Trends Depend on the Area
Fewer Fenced Front Yard
Reasons for No Fences
Fences Are Restricted in Neighborhoods With HOAs
Front Yard Fences Can Be Viewed as Tacky
Security of Fences Is Unnecessary: Fact or Fiction?
Houses Are Too Close Together
People Like Feeling a Part of a Community
Historical Reasons
Why Backyards Are More Likely to Have Fences
Most Common Fence Types
Sources
Was this helpful?

Fencing Trends Depend on the Area

Saying that American houses do not have fences does not necessarily apply to every single house on the continent. There are some areas in America where fences are more common and areas where it is less common.

The impression that fences are rare in America is largely held by non-Americans who have made assumptions based on the consumption of Hollywood movies. However, the portrayal of fencing or lack thereof in media and movies is not an accurate reflection of the whole country.

Perhaps American homes are less likely to have fenced-in yards than other countries, but the rarity of fences may be overexaggerated.

When certain areas do not have fences around their homes, you may find that this is primarily limited to the front yard.

It is more common for Americans to have a fenced-in backyard than a front yard. The reasons for this will be discussed in later in the article.

This is not to say that all homes have a fenced-in backyard. Many people talk about having to navigate issues of being uncertain about where their backyard ends and another begins, which makes the limits of landscaping quite the challenge.

Reasons for No Fences

Fences Are Restricted in Neighborhoods With HOAs

One reason that a particular neighborhood may not have any fences is due to the fact that they may have been prohibited.

All neighborhoods that have HOAs have certain conditions and restrictions imposed on their particular community, many of which relate to the installation of fences. Although you may technically own your house, the HOA owns the land outside of it, so they have a say in whether or not you can have a fence.

Some HOAs may consider fences to be unsightly and bring the potential of reducing the attractiveness of the neighborhood. Where some HOAs may completely prohibit fences, most will allow you to install one as long as it meets very specific requirements that fit within the HOAs restriction.

If you are considering installing a fence around your home, you will just need to follow a detailed process to get your fence approved by the HOA.

Front Yard Fences Can Be Viewed as Tacky

You will find that fences are mainly installed as a security measure. Families put up fences to provide an additional barrier to their homes to protect them from potential break-ins.

This means that some may assume that neighborhoods, which host a variety of fenced homes, may be less safe than those without fences. At least, this can be the impression given to potential buyers.

Your neighbors might be upset if you are the only house on the street with a fence as you would potentially be giving the wrong impression of the neighborhood. With a united need to be accepted, we often fall into line with others are doing; no fenced neighbors means you will likely follow suit.

Security of Fences Is Unnecessary: Fact or Fiction?

There is a common assumption that American houses do not have fences because it is completely unnecessary as America is safe. And in areas that are slightly more at risk, home security systems and deadbolts are seen to be sufficient protection.

But is this actually true?

In some states like New Hampshire, which has been announced one of the safest states in America according to recent research, fences might not be necessary. However, some other states, like Alabama and Oklahoma were found to have some of the highest rates of home invasions in the US.

Perhaps in the past, more areas in America were a lot safe than they are now, but people have continued to ignore reality and maintain that installing fences is not necessary. Having a fence might just be that extra level of protection you need to deter a burglar and keep your home safe.

Houses Are Too Close Together

Another place where you may commonly find unfenced houses is in densely populated areas. This is because the houses may be very small and close up against one another to accommodate the large population.

The lack of a fence may simply be due to the fact that erecting them will take up too much space, or might just not be physically possible. The houses may also not have a front or back lawn, but rather opens directly to the street, which would make putting up a fence impossible.

A possible reason for the lack of fences is that they provide a physical barrier between you and your neighbors. If your house is fenced, you will probably have less interaction with your neighbors. There won’t be a discussion about where one needs to mow up to, or saying hello as you water your garden.

Many Americans would prefer to have freer access to each other and be involved in each other’s lives instead of living isolated behind a wall. Knowing your neighbors on a more intimate level will enhance the feeling of community in your neighborhood.

In some states, the lack of fences can be traced back to when these areas were first settled. Back in the day, fences were genuinely uncommon. Most people just had a patch of land on which they build their houses.

Their title deed told them where the property lines ended and when new neighbors showed up, instead of putting up fences to show what belonged to who, they rejoiced in the acquirement of another member of the community. Additionally, their neighbors were often family members who outgrew their parental home and started families of their own.

History actually has a very interesting impact on the housing designs in an area. Fencing in many parts of America is one example; another is the lack of built-in closets in Europe.

Why Backyards Are More Likely to Have Fences

You may notice that American backyards are more likely to have fences than their front yards.

A possible reason for this is that some people may want some more privacy when they entertain, which often happens in the backyard. If you are having some friends over for a barbeque, having your neighbors’ kids running through your garden in a game of tag might not be something you’d appreciate.

Having a fence ensures that your private party remains private. You may also have a fence to allow your own children to play in a safe and cordoned-off area, allowing you to have peace of mind that they won’t wander off.

Some people may also have backyard fences when their house leads into a forest or bushy area. The fence will help in limiting the entrance of snakes and other unwanted animals into your home.

You may also want to install a fence if you have a pet, as an open backyard creates endless opportunities for your furry friend to escape and visit the neighbors. You will be able to let your pet roam free in the backyard without the added concern for its safety.

When it comes to choosing a fence for your home, you are not limited for options, and are sure to find one that suits your style, budget and provides you with the function of your choice.

A lot of people in America tend to go for wooden fences as these offer privacy and they also come in a variety of options. So, you will definitely find a wooden fence that not only fits your taste, but also your budget. 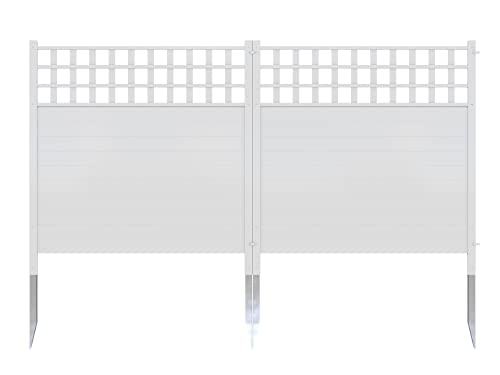 American pet owners often choose chain-link fences to contain their pet in their garden. These fences are not very appealing to the eye, but their affordability and durability makes them a common choice. They are easy to install and don’t require much maintenance at all.

Another common type of fence is actually a brick wall. These provide more security and protection to the home than most others as they are extremely sturdy and durable. They are also a common choice in busy neighborhoods as they can help in blocking out the noise from the street.

Palisade fencing is also common in America due to its long-lasting properties. These fences do not really offer much privacy as you are still able to see the in’s and out’s of what’s happening in the yard, but they do provide a boundary between the home and the public. 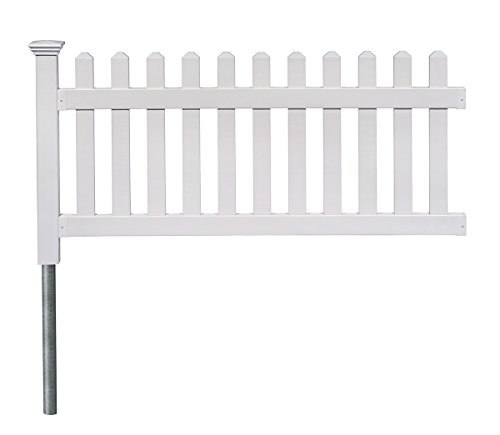