Exhaust fans delay mirror fogging. But if the shower is long and hot enough or the mirror and general air are cold enough, the chance of condensation rises and fogging still occurs. To combat this, take shorter, cooler showers, raise the bathroom temperature, or install an anti-fog mirror heater or coating.

It can be really annoying to step out of the shower, ready to shave your face or style your hair, only to be met with a completely fogged-up mirror. Worse still is the futility of wiping it away. You have maybe three seconds of being able to see your face and then the fog reappears, distorting the image once again.

An effective way to help combat this issue is to install a bathroom fan. However, you may still get a fogged up mirror, and I am here to help you establish why this might occur.

A bathroom fan is a great investment for any home as it can help reduce excess moisture and humidity in your bathroom by removing moisture-containing air and replacing it with new air pulled from outside or adjacent rooms. So, by this logic, if there is less steam when the bathroom fan is running, then why do bathroom mirrors still fog up?

Well, when the bathroom fan is running, steam is being removed at a constant rate. This rate is typically not as high as that by which steam is being generated during a shower. So, the bathroom fan can delay the fogging of mirrors, but if the shower is long enough, then steam starts to build up and can condense on the mirror, walls, and any other colder surface.

That being said, a bathroom fan will also decrease the time following the shower that the mirror is fogged up because it quickly removes steam once it has stopped being generated. This means that wiping your mirror to clear the fog is more likely to be effective because there is less water suspended in the air to replace the condensation that has been removed. 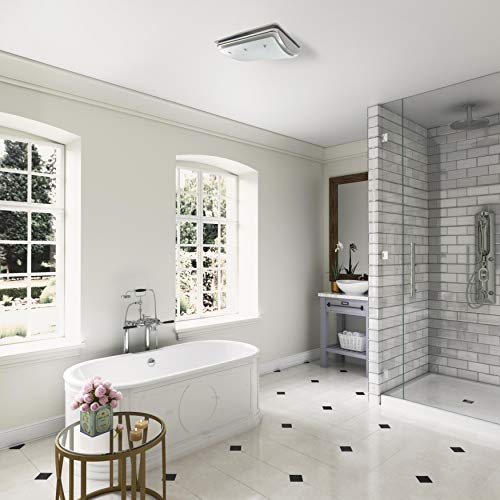 There are additional factors contributing to your mirror fogging up while the bathroom fan is running.

You Have a Cold Bathroom/Mirror

We all know that a fogged-up mirror is one that is covered in condensation. This condensation occurs when the warm shower steam encounters cold air or a cold surface.

If your bathroom’s air is very cold when you get the shower, then once steam starts to form, it is quickly cooled by the surrounding air. Cold air is capable of holder less moisture than warm air, and so the moisture contained within the steamy air condenses out and onto surfaces in the bathroom like the walls and mirror.

Likewise, when the hot steam encounters the surface of the cold mirror, it is cooled through heat transference down the temperature gradient and water droplets form on the mirror.

If you’re like me, you can only really enjoy your shower if the water is close to scalding. If you’re also like me, then as soon as you open that shower door you are engulfed in a cloud of steam and you can barely find the mirror let alone see your reflection in it.

Even if your bathroom is not very cold to start with, when the shower is very hot, the “normal” bathroom air and surfaces will still be cooler and condensation happens.

Sometimes, you really just need to stand in your shower and feel the water run over you for a much longer time than is actually necessary. Sometimes, your imaginary fans request an encore.

However, the increased shower time does mean that you will be using more hot water for longer, making it a lot harder for your bathroom fan to remove the moisture from the room.

So, when you step out the shower, it might appear more like a sauna than a bathroom and your mirror will most definitely be fogged up (unless you were taking a cold shower).

The size of bathrooms and showers differs, the amount and temperature of the water used for an average shower do not. This then becomes a matter of concentration when you increase or decrease the square footage of the bathroom.

In a large bathroom, the amount of steam produced by an average shower will have a larger space in which to disperse, the time it takes for the steam to reach the mirror increases, and the number of surfaces on which it can condense also increases.

In a smaller bathroom, the opposite is true. The concentration of moisture in the air is higher, it quickly reaches the mirror, and there are fewer surfaces to share the condensation between, so the severity of fogging is greater.

Other Sources of Moisture in Bathroom

If there are other sources of water or moisture in your bathroom, such as damp towels, unwiped splashes of water by the basin, or even a dreaded pipe leak, then your mirror is more likely to fog up even if you have a fan running in your bathroom.

This is because there is just more moisture available to evaporate when the bathroom temperature increases during your shower. This moisture can then be carried to your mirror as it rises and then condense again when it touches the cooler mirror.

This also applies if the air in your bathroom is just generally high in humidity because of the climate you live in.

Even though there are multiple explanations as to why your bathroom mirror will still fog up even if you have a bathroom fan, a really important one is that your fan might simply not be doing its job as well as it should.

Perhaps your fan is not removing the steam effectively enough. No, these fans are not designed to be able to remove every ounce of moisture from the bathroom, but they are supposed to be strong enough to dry out the bathroom relatively quickly to alleviate any extra moisture in the room.

How to Minimize Fog

So, you have a foggy mirror even though you have installed a bathroom fan, and now you understand why. This means that you are in the perfect position to make some changes and solve your problem!

If you slightly raise the overall bathroom temperature when it is not in use, then you should have less instances of foggy mirrors. By doing this, you are creating a smaller temperature gradient between the bathroom mirror and the warm air released during a shower. Less condensation will occur as the air won’t be cooling down all that much.

A way to do this is to put underfloor heating in your bathroom. The warmth that radiates from the floor will rise and increase the temperature of the bathroom as a whole. 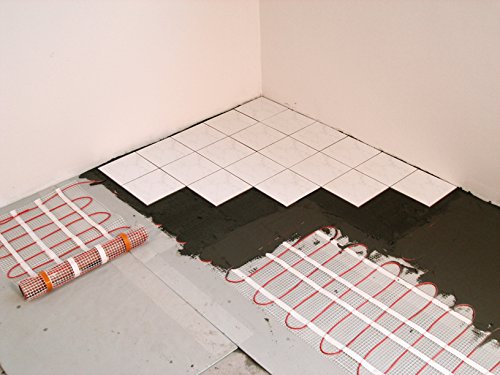 If you are willing to make a minor lifestyle change, reducing the temperature of your shower water will greatly reduce the chance of your mirror fogging up. In fact, it might mean that your bathroom fan becomes sufficient to prevent fogging up completely.

Not quite happy to take cooler showers? You can try for the same effect by just shortening the duration of your shower.

Get Anti-Fog Heater for Mirror

As we know, the colder your mirror is, the more likely it is to fog up because the warmer air from the steam will condense onto its surface.

A way to combat this is to get an anti-fog heater for your mirror. You simply connect the device to your mirror, and the heat will radiate off of it. Your bathroom mirror is now no longer a cold surface on which steam condenses, so it shouldn’t fog up while you shower. 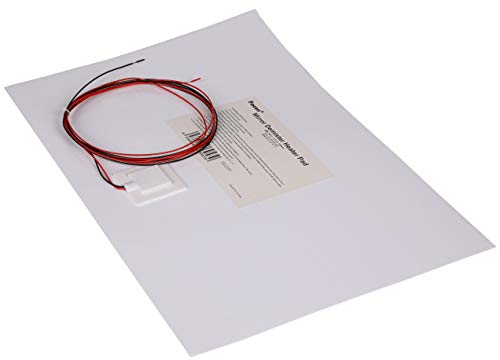 We have already established that although a bathroom fan will not eliminate all of the moisture in a bathroom, it is definitely effective at removing a lot of it, thus keeping your bathroom dry. However, if your fan is not working as well as it should, you will definitely be able to see its effects, one of which could be a bathroom mirror that fogs up more than you are accustomed to.

Call in a professional to help determine the problem as you might need to replace the mechanism, or simply clean it thoroughly.

Your fan might not be as effective in doing its job simply because it does not have a high enough CFM for the size of your bathroom. Larger bathrooms need fans with higher CFMs, smaller bathrooms with lower CFMs.

Another way to minimize the fog that appears on your bathroom mirror is to apply either a store-bought or homemade coating that aims to almost repel the fog.

A truly great option is the Fogless By Design Bathroom Mirror Anti-Fog Spray (amazon link). All you have to do is simply spray the solution onto your bathroom mirror, and wipe it down afterward. Do this once per week and you will be saying bye-bye to mirror fog.

There are also useful homemade remedies as well. If you take a bar of soap, slightly wet it just to give it enough slip, and then rub it all over your mirror, wiping it away afterward, you will get the same effect as if you were using a store-bought solution. You can even try this with toothpaste or shampoo—however, I don’t think you’d want to waste an entire tube of toothpaste on this.