When you picture a ceiling fan spinning, you may associate it with the cool breeze you feel blowing over you on a warm day, as the subtle sound of the blades spinning creates soothing background noise. It may seem ludicrous to think about turning on your fan during the colder winter months.

You may know that ceiling fans have a winter setting, but why on earth would you want to add windchill to your winter day?! However, in winter mode, ceiling fans function quite differently. Let’s look at how and examine the efficiency of this setting.

Ceiling fans are only useful in winter mode when there’s an external heat source. Without these, the winter mode relies on distributing the hot air gathered at a ceiling. This is only a little warmer than the rest of the room, so it won’t make a significant difference.

Contents show table of contents
Ceiling Fans Have a “Winter” Setting
How Effective Is the Winter Setting?
Heat Sources That Ceiling Fans Are Useful With
Underfloor Heating
Space Heaters/Radiators
HVAC System
Was this helpful?

Ceiling Fans Have a “Winter” Setting

If you weren’t aware, many ceiling fans have a summer and a winter setting. In summer mode, the blades rotate anti-clockwise to disperse the air and push it onto the occupants of the room. However, in the winter setting, the blades turn in the opposite direction.

This clock-wise direction allows the air to be pushed up towards the ceiling, displacing the warm air that has collected there as a result of the natural occurrence of hot air rising.

The displaced warm air is then pushed towards the edges of the room and then down towards the occupants of a room, while the colder air has been pulled upwards to the ceiling fan in a vacuum effect. The air is circulated around the room but without the force that it has in summer mode.

This winter setting is supposed to replace cooler air in the lower portions of the room with warmer air, warming up a space.

How Effective Is the Winter Setting?

Despite the intention of the winter setting to warm up a room, it is not very effective at doing so; certainly not as effective as it is in summer mode. Although the warm air that collected around the ceiling does become dispersed throughout the room, the heat also becomes diluted.

The overall temperature of the room may increase ever so slightly, but nowhere near significant enough to actually feel a difference. You may just end up paying to run your fan for no real reason.

However, if you use the ceiling fan in this mode in conjunction with a heat source, you will find it more effective. The heat is supplied actively as opposed to relying on the passive accumulation of heat at the ceiling and the fan creates airflow that distributes it around the room.

Combining these two mechanisms can make it cheaper to heat a room because the amount of active heat required is reduced by running the ceiling fan, which is a fairly inexpensive appliance. Even running it continuously is a valid option.

Heat Sources That Ceiling Fans Are Useful With

Americans who are lucky enough to have underfloor heating in their homes know just how good it can be at making the room toasty.

Being very energy efficient, due to its propensity to radiant heating from a low and widespread area, underfloor heating can heat an entire room quite easily, without costing you a fortune.

Unlike other heating systems, such as space heaters or fireplaces, which are placed at one specific point in a room, underfloor heating will provide more even heating throughout the room as it is installed underneath the entirety of the floor.

Add a ceiling fan to the mix will enhance the natural effectiveness of this heating system even further. In winter mode, the fan will be able to circulate the warm air throughout the space, pulling it from the ground to the ceiling even faster, and increasing the overall temperature of the room quite quickly. 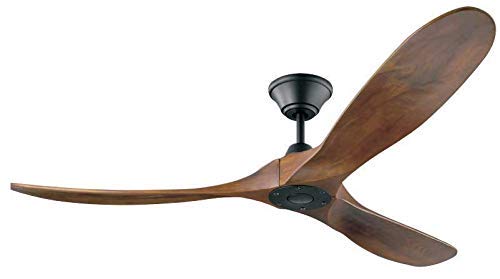 Space heaters and radiators are quite common sources of heat in an average home. Although space heaters have the advantage of being portable and somewhat affordable to purchase, they are really not that effective at warming up a space.

This is due to the unevenness of the heat distribution,w which also characterizes radiators, which are always located on one side of the room. You will really only feel warm when you are quite close to the heater or radiator.

Often, the hot air will rise before it even reaches most parts of the room, so the warming capabilities of these heat sources are inefficient.

Putting your ceiling fan in winter mode would definitely help you out. The air circulation provided will assist in distributing this heat more evenly. The room won’t be as warm as the space directly surrounding the heater, but there will be a significant improvement compared to if the ceiling fan was off.

Placing your ceiling fan on winter mode can be more effective if running in conjunction with your HVAC.

If the system has not been optimally designed, and the supply registers are located higher up than they should be, the ceiling fan can help to push the hot air that is being released here down into the room where it can reach the occupants.

However, if the supply registers are lower down, your ceiling fan won’t really be as useful. The hot air will be released at a lower point, and then naturally move upwards throughout the room, distributing its heat.

The air at the top of the room won’t be any warmer than the air in the lower parts of the room, as the bottom of the room will be constantly supplied with warm air.

Nevertheless, the fan can still help with distributing the heat around the room a bit faster and may enable you to lower your thermostat temperature enough that you can still feel warm enough, but save a penny or two.