One such problem is backflow, and the only way to avoid this is by putting preventive measures in place. Dishwasher air gaps function as protective devices, and in this article, I explain how they work and why it is important to have one installed.

Dishwasher air gaps are Y-shaped tubes. The inlet and outlet branches are separated by a break in the piping (the air gap). They are used to stop the backward flow of water, either from the drain into the dishwasher or from the dishwasher into the supply line.

Contents show table of contents
What Is a Dishwasher Air Gap?
Explaining Backflow
How Does a Dishwasher Air Gap Work?
Are Air Gaps Required By Code?
Air Gaps Are Required By Code in Some States
Potential Problems Associated with No Air Gap
Installing an Air Gap
Cost
DIY or Hired Professional?
What You Need
Method
Water Coming out of Air Gap: What Does It Mean?
How to Stop It
Sources
Was this helpful?

What Is a Dishwasher Air Gap?

Dishwashers are sometimes connected directly to the kitchen drain. With such a setup, if the pipe backs up, the dirty water can easily flow back into the dishwasher, leaving you at risk of unwittingly washing your dishes with unsanitary water.

A dishwasher air gap is a cylinder-shaped fitting that is mounted about two inches above the kitchen sink, near the faucet. The actual connection takes place underneath the sink. 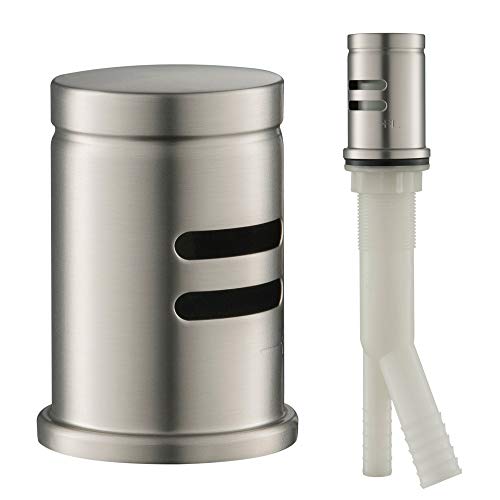 It has a decorative cap that is attached to a y-shaped fitting with two branches (an inlet and outlet branch).

Air gaps act as anti-backflow devices. They function by separating the dishwasher drain hose from the disposal drain so that in case of backflow, contaminated water does not re-enter the dishwasher.

Backflow refers to the unwanted reversal in the direction of water flow. It occurs when water flows in the opposite direction from where it is supposed to go.

Any plumbing connection that moves water from one location to another is at risk of backing up. So, it isn’t something that is particular to dishwashers or kitchen sinks.

There are two types of backflow.

In dishwashers, backflows are usually caused by a clogged kitchen drain, drain hose that’s looped too low, a blocked sewer line, and an improperly installed or clogged garbage disposal.

How Does a Dishwasher Air Gap Work?

Dishwasher air gaps (amazon link) are one of the most effective ways of protecting your dishwasher against backflow.

An air gap consists of two branches separated by a break in the piping. The inlet branch rises from the dishwasher drain up to the air gap external fixture and curves over. The second branch, the outlet branch, which is usually the bigger of the two branches, continues the piping system after the break.

Water leaving the dishwasher ascends through the inlet pipe. Pressure moves it up the pipe. Then, after it loops over, gravity takes it past the air gap and into the outlet pipe into the drain.

Instead, the backflow escapes through the air gap and spills into the kitchen sink through the metal covering.

Are Air Gaps Required By Code?

The International Residential Code (IRC) doesn’t discuss backflow prevention in dishwasher discharge channels. However, in Section P2717, the IRC stipulates that the water supply to the dishwasher must be protected against backflow by a built-in air gap or any other approved backflow preventer.

In this application, the air gap is used to protect the potable water from contamination. In other words, it stops water in the dishwasher from flowing up into the supply line.

Backflow preventers are also used in the dishwasher’s discharge channel to prevent wastewater from backing up into the dishwasher, but this one is not required by the IRC. What is required here is the normal drainage trap (air gaps are usually installed in addition to these as opposed to instead of them).

Air Gaps Are Required By Code in Some States

Although there are alternative methods of preventing wastewater from flowing back into a dishwasher, air gaps are the safest and most effective method of going about it.

This is why some states in the US have made drainage hose air gaps a code requirement for dishwasher installation. This means that even if there is an alternative form of backflow prevention in place, the installation would be considered “not up to code” as long as an air gap isn’t used.

Examples of states with this stipulation include Minnesota, Washington, California, and Hawaii.

If using a dishwasher air gap isn’t compulsory in your locality, you can use alternative backflow prevention methods like a high loop or check valve.

If you aren’t sure of the code requirements in your location, consult a licensed professional or check your local plumbing code before installing your dishwasher.

The absence of an air gap or any other form of backflow prevention means that you are leaving your dishwasher vulnerable to wastewater backups.

Although dishwashers have traps that are supposed to help stop backflow, they can fail if they dry out.

The presence of wastewater in the dishwasher poses a health hazard. It can breed bacteria that can cause health challenges like gastrointestinal issues.

If left unattended, standing wastewater can lead to the growth of mold and mildew. It would also cause the dishwasher to give off an offensive odor.

Additionally, the presence of standing water would make the dishwasher take longer to wash dishes. Running the dishwasher for longer means that you would be consuming more energy than you should.

The decorative covers of dishwasher air gaps are available in a variety of finishes to suit the design of your faucet and sink.

On average, an air gap costs between $10 and $30. The actual price would depend on the brand and the material used for the decorative cap.

If you decide to hire a professional, you would have to spend an extra $30-$70 for the labor.

The exact amount you spend if you’re installing the air gap yourself would depend on the availability of the required tools.

If you are installing the dishwasher from scratch, then you would most likely need the help of a professional.

However, adding an air gap to a dishwasher is a pretty easy DIY project.

You’d be working with pipes. So, if this isn’t something you’d like to do, you can hire a professional to help you with the installation.

To install an air gap, you have to first drill a hole through the sink if you do not have one already. Then the device is installed from underneath the sink so that the top rests on the counter and underneath the sink, the inlet and outlet branches are connected to the dishwasher and garbage disposal, respectively.

Here is a video to guide you through the process of installing your air gap.

Water Coming out of Air Gap: What Does It Mean?

The most common cause of water coming out of an air gap is an obstruction in the flow of water from the air gap to the garbage disposal. While it means there is something wrong with your plumbing, it also means that your air gap is working!

Obstructions can be caused by the following:

How to Stop It

Kinks are pretty easy to detect. So, inspect the discharge hose and if you notice any kink, detach the pipe from either the air gap or garbage disposal and carefully reinstall it so that there are no kinks in the pipe.

Here is a guide on how to get rid of clogs: 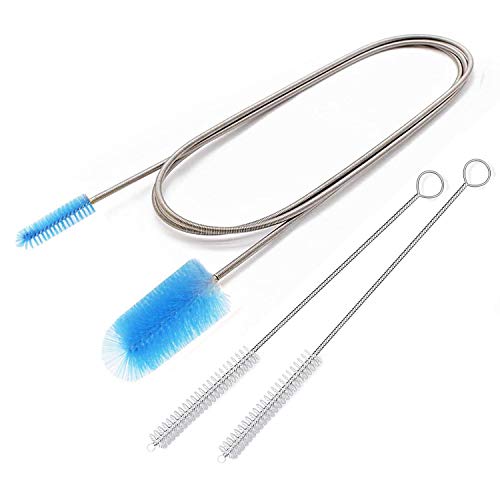 Sometimes, the clog can be caused by an abrupt blockage, and other times, it is caused by a build-up of food particles.

To avoid the build-up of debris, it’s recommended that you clean the air gap at least once every two months.

To remove a garbage disposal plug, you need to first unplug it from the electrical outlet. Then, remove the hose that’s connected to the unit.

I recommend putting a bucket underneath the hose because there would most likely be water in it. The next step is to use a screwdriver and hammer to knock the plug out.