Dryer elements are known for the problems created when they burn out. But they are also to create some fear through their glowing.

The glowing of dryer elements (either gas ignitors or electrical heating elements) is completely normal. However, there are some things to look out for if you are suddenly noticing the glow. Often, we notice something because it has changed somehow, and a change in function is typically a sign of a problem.

An ignitor in a gas dryer often appears as a small, somewhat flat metal rod attached to a few wires.

The ignitor is made of metal to conduct heat well.

It heats up through the movement of electrical current through its wires.

In a gas dryer, an ignitor is meant to be the spark that lights the flame (pilot lights are no longer used). The fuel for that flame is the gas, but some form of high heat or a spark must be used to actually initiate the flame. 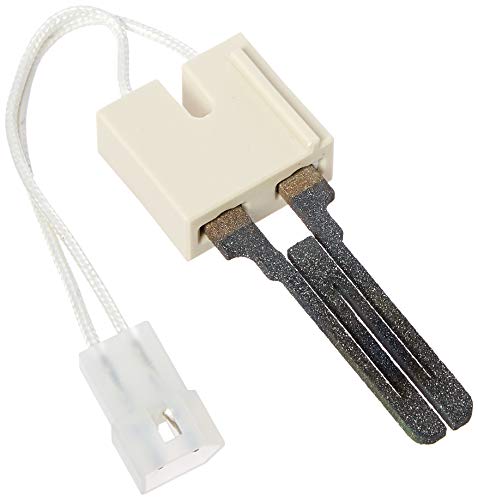 The reason ignitors glow red is because when they are heated, metals experience incandescence.

Incandescence is the process whereby a substance that is experiencing high temperatures gives off electromagnetic radiation.

Electromagnetic radiation includes visible light, so heated metals give off visible light. Often, this light ranges from red to white because these colors have shorter wavelengths.

Ignitors should glow when the electrical ignition light is in the process of being lit.

As soon as the flame is lit to heat the air for the drum, the ignitor is no longer needed. The power is cut off to the ignitor, and it will cool down and stop glowing.

Can the Glow Indicate a Problem?

If the flame of your electrical ignition is active and has been active for a while despite the flame already being lit, then something is wrong.

Remember, the ignitor does not need to be hot when a flame has already been produced.

Likely, it has to do with the electrical current not shutting off to the ignitor, so calling in a professional is probably the best option.

However, the most common situation for an ignitor glowing at inappropriate times is when the dryer has begun the warming process, but the flame won’t start.

In such cases, the ignitor will continue to glow until a flame is created, but sometimes that may not happen.

The cause of an ignitor glowing but not starting a fire is often a blown thermal fuse or thermostat.

These are meant to blow when temperatures are too high so as to prevent fires or explosions.

They often cut off the supply of gas to a dryer, making it impossible for a flame to start.

However, the ignitor does not respond to a blown thermal fuse or thermostat. When given the direction to warm, it will do so, even if there’s no fuel for it to start the needed fire.

To fix this problem, the blown fuse or thermostat must be repaired or replaced.

In gas dryers, ignitors are what would glow red, but in electric dryers, there is no ignitor.

Instead, an electric heating element is used. This glows similarly to an ignitor, but it has a different purpose. 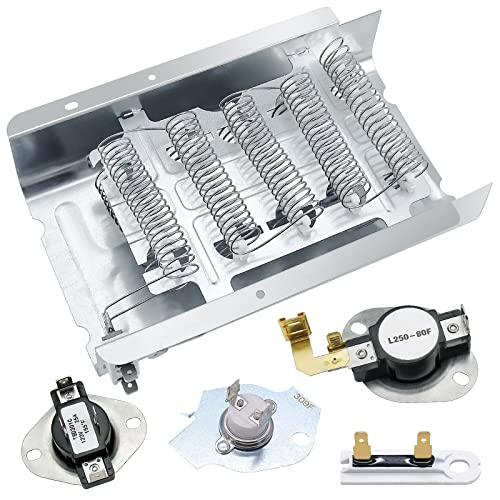 Electric heating elements get their heat in similar ways as an ignitor. For both objects, their heat comes from electrical current running through them and the electrical energy being converted to heat energy.

Electric heating elements glow red because they are made of metal and are exposed to high temperatures. They begin to emit electromagnetic radiation through visible light.

However, unlike ignitors, which get hot to start a flame, electric heating elements get hot to produce heat for the duration of the drying cycle.

Can the Glow Indicate a Problem?

If the electric heating element is glowing outside of the time of a drying cycle, something is wrong.

The electric heating element does not need to be emitting heat when the dryer isn’t running, and this can waste energy as well as indicate problems with the dryer.

This can occur through the dryer motor’s heater switch getting stuck in the on position. This means the electrical current would continue being sent to the heating element, causing it to glow when a cycle isn’t active.

To fix this, the switch must either be unstuck or repaired.

Additionally, a faulty timer can lead to the heating element glowing when the dryer isn’t being used.

Let’s say you set a cycle for about 45 minutes. However, your dryer’s timer for the heat is broken and actually sends a signal for 90 minutes. This means that the dryer would run the requested amount of time but the heating element would be running for double the time.

In this situation, the timer would have to be repaired or replaced. 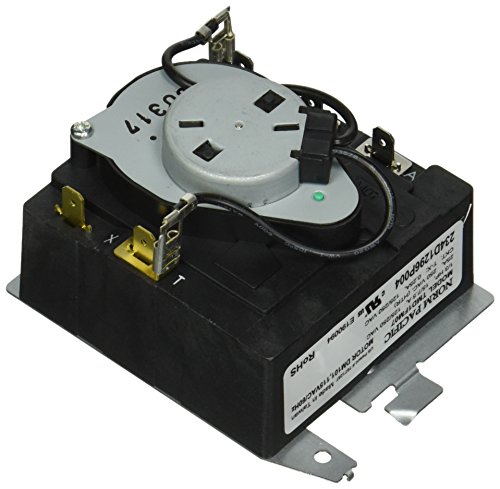 If you aren’t sure if you have an electric or a gas dryer and, therefore, you don’t know if the glow you see is inappropriate, check out Can a Dryer Be Both Gas and Electric. I have a section here on how to tell the difference between the two dryer types.

And if you don’t care to move the dryer to determine this, I’ve got an article for that, too! How to Tell if Dryer Is Gas or Electric (Without Moving the Dryer).

Although the temperature at which metals become “red-hot” may depend on the type of metal, it is safe to say that metal is about 800-1100 °F when it begins to glow red.

Since metal is so conductive, this heat can be conducted through various metal parts of the dryer. This means that metal areas adjacent to the ignitor or heating element will begin to feel hot to the touch after a heating element is active for a while.

In short sessions of heating, this shouldn’t be a problem. The hot parts of the dryer should not reach extreme temperatures in short periods of time.

However, with faulty mechanisms, ignitors and heating elements can be active for too long, heating the metal around them to high temperatures.

These high temperatures can create hazards for the residents of your home. Be sure to avoid contact yourself and to keep children and pets away from the area.

Additionally, if temperatures get high enough, materials can combust.

For this reason, it is important to keep combustible materials such as paper and cloth away from the area.