Ductless bathroom fans are filters. An internal fan pulls air in from the room, passes the air through a carbon filter, and then releases the air back into the room. The carbon filter adsorbs gases from the air, but is unable to remove larger particulates or moisture.

Ductless bathroom fans do not have a duct through which contaminated air can be expelled from the room and house. What they have is an activated charcoal filter. This filter employs a special mechanism to rid the air of odors and contaminants. 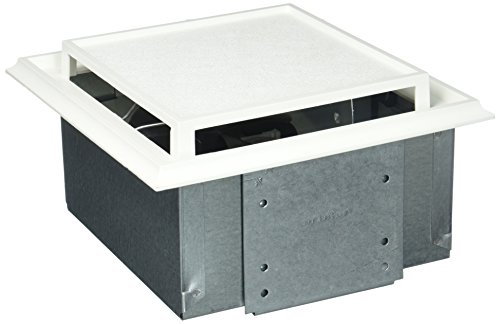 The fans feature a tip speed, otherwise referred to as a lower blade speed. This setup allows them to draw in large amounts of air from the room and pass it through the filter, which removes odors and certain other pollutants. The filtered air is then released back into the room.

Ductless fans do not have a dehumidifying feature, so they are not able to remove moisture from the air.

How Does Activated Charcoal Work?

Activated charcoal filters, otherwise referred to as activated carbon filters, have millions of microscopic holes and a large surface area that enable them to capture molecules responsible for odors and a variety of indoor air pollutants.

They remove pollutants and odor from the air through a process known as adsorption. During adsorption, pollutants bond with the exterior surface of the filter.

So, as the fan blades draw air in, odor molecules are trapped by the porous surface of the filter, and then the filtered air is recirculated back into the room.

Household devices like ductless range hoods and air purifiers also use activated charcoal to cleanse the air. They are also used for water purification.

As a general rule, the higher the carbon content of the filter, the better it would be at eradicating odors.

What Is Removed by Activated Charcoal?

So, this means that they will be able to remove those normal, unpleasant bathroom odors.

However, if the bathroom is moisture-prone, and a ventilation method isn’t in place, the filter might not be able to completely remove the musty smell.

If you are battling particulate pollutants like dust, pet hair, and lint, activated charcoal filters wouldn’t be of help because their adsorption surface isn’t designed to hold particles. They would also be unable to rid the air of contaminants like mold and pollen.

Filters Need to Be Replaced

Pollutants that are trapped by the filter sit on its surface. Over time, the adsorption sites would get saturated, and when this happens, the filter would no longer be able to trap pollutants.

On average, activated charcoal filters are expected to last between four to eight months and should be replaced at least once every year.

How long it lasts would depend on the porosity of the filter and the size of its surface area.

Factors like humidity and how much pollutants the filter is exposed to would also affect its lifespan.

A saturated filter might produce strange odors but in most cases, they are quite difficult to detect. To be on the safe side, check the fan’s manual for how often the filter should be replaced.

Ventilation involves the removal of stale air from an indoor location and replacing it with fresh air.

This means that for ventilation to take place, there has to be an outlet through which air moves out of the room. The exhausted air is then replaced by fresh air that is drawn into the room by the vacuum created.

Ductless bathroom fans do not interact with the outdoors, hence, they are incapable of ventilating a space. Rather than expel stale air from the room, as we have already established, they just filter the air and return it to the room.

Ducted bathroom fans rid the bathroom of excess moisture, stale air, and heat, and as a secondary benefit, they also remove odors, making them the superior devices.

Although their performance cannot be compared to that of ducted units, ductless bathroom fans have been proven to improve the quality of air in bathrooms significantly. They just won’t help you to be code-compliant if your bathroom lacks natural ventilation.

Where Can Ductless Bathroom Fans Be Used?

It is important to note that bathrooms are required by code to have a method of ventilation.

Ductless bathroom fans do not meet the code requirement for mechanical bathroom ventilation, so if they are installed in a bathroom, they should be used with a window or another ventilation method. This way, the bathroom is ventilated and impurities are also filtered from the air.

One of the major reasons ductless fans aren’t ideal for bathroom ventilation is that they cannot remove moisture, which is so damaging to a bathroom.

Half baths do not feature a bathtub or a shower, which means that moisture isn’t going to be an issue. The primary issue in half baths would most likely be odor control making ductless fans an ideal fit.

The use of ductless bathroom fans isn’t limited to bathrooms alone. They are a great option for rooms that only require odor control and a bit of air circulation.

Here are some other places a ductless fan can be installed.