Once Drylok Fast Plug has been applied, it needs to be allowed time to set before being painted over. The manufacturer’s recommended drying time is 3-5 minutes. Humid and cool temperatures as well as using cold water for the mixture will lengthen the curing time.

Drylok Fast Plug is one of the best patching solutions out there. It’s not only popular because of its ability to work on active leaks, but it’s also popular for its setting speed and ease of application.

Can You Paint Over Drylok Fast Plug?

The cement-like color of Drylok Fast Plug might not be aesthetically pleasing for a lot of people, so wanting to paint over it is not uncommon.

If you desire color uniformity in your masonry surfaces after patching holes and cracks, you can proceed to patch with Drylok Fast Plug. Afterwards, you can paint over the surface.

Drylok Fast Plug, like most hydraulic cements, can be painted over once the area is completely cured.

How Long Does Drylok Fast Plug Take to Set?

Drylok Fast Plug typically takes between 3-5 minutes to set. However, humid and cool temperatures can prolong dry time, so keep this in mind. Another factor that can extend cure time is using cold water instead of room temperature water for the mixture.

Before applying the Drylok Fast plug, you need to make a mixture of 3 parts Fast Plug and 1 part water. For instance, if you are using 3 cups of Fast Plug, you should only use one cup of water. Stir thoroughly until the mixture becomes warm to the touch. That’s a clear sign that it has started to set and this is when you start counting your 3-5 minutes. 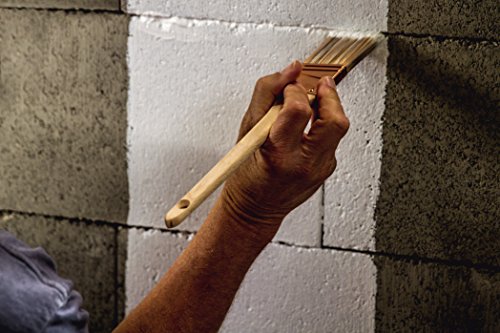 Alternatively, you can mix and wait 1 minute before applying.

Because Drylok Fast Plug sets really fast, it is advised that you mix in batches so that you have just enough to use at once.

What Can You Paint Over Drylok Fast Plug With?

Unlike Drylok waterproofers, you can easily apply a variety of paints and sealers over Drylok Fast Plug.

When set, it is recommended that Drylok Fast Plug be painted over with any of the following Drylok products:

I have a comparison post between Drylok Original and Drylok Extreme if you are trying to decide which product to paint over your Fast Plug.

If you have patched a wall that was previously painted with a Drylok waterproofer, follow the recommendations set out in Can You Apply Drylok Over Old Drylok for the best results.

Drylok masonry waterproofers can be used above and below grade. So, there’d be no restriction based on the location of the crack or hole. Also, apart from adding aesthetics to the surface, Drylok waterproofers protect surfaces from moisture penetration.

What About Other Paints?

Before applying paint over Drylok Fast Plug, you need to first prepare the surface to absorb the paint. If it is an older patch, clean the surface with a wire brush so that you can get rid of any grease or dirt that might be on the surface. 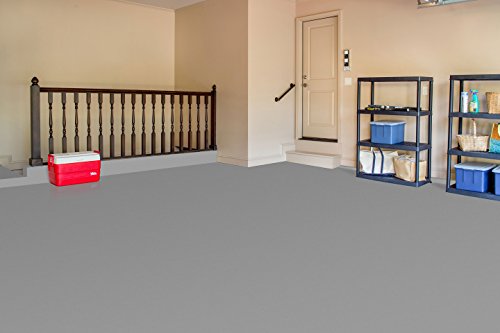 You would need to prime the surface with a latex or oil-based paint primer.

After that, you can apply high-quality latex-based paint over the patch.

You shouldn’t apply regular paint in moisture-prone arrears. Instead, you should use waterproofing paint. Alternatively, you could apply a water sealant before applying the paint.

What Can Drylok Fast Plug Be Used For?

Drylok Fast Plug is a water-resistant product that creates a watertight seal to prevent active or recurring leaks from flowing through holes and cracks in a variety of masonry surfaces. It’s ideal for large or small cracks below and above grade.

Drylok Fast Plug can be used for the following:

link to Does a Water Heater Work Without an Anode Rod?

I don't know about you, but I'm not a fan of hearing that ominous dripping or finding the flood of a burst water heater. Thankfully, it doesn't happen often, and that is largely due to the little...

“A water heater in your attic is bound to wreck your home... it’s a question of when, not if.” Overhearing this in the office recently reminded me of one of the many myths surrounding the water...