If you, like me, grew up without a basement, you didn’t even know it was strange. But, if you are moving down to California, you might be puzzled at the lack of basement areas and the odd “basements” that California does have. The traditional design of Californian houses is without a basement area, aside from a small room that is used for large appliances, and here are the main reasons why.

California homes do not commonly have basements. This can be mistaken as a safety measure for seismic activity, but in reality, basements are safe as long as they are built according to code. The real reasons come down to Post-World War II housing development, frost lines, expense, and tradition.

Contents show table of contents
1. Post-War Houses Needed Quick Construction
2. Misconceptions About Earthquakes and Basements
3. Frost Line Is Not Deep
Pipes Don’t Need to Be Protected From the Frost
4. Basements Are Expensive
Often Cheaper to Add Space Aboveground
5. Californian Climate Makes Insulation Tricky
6. No Basement Has Become the Traditional Design
Are Basements Illegal in California?
What Is A “California Basement”?
Sources
Was this helpful?

Following World War II and all the accompanying social and economic changes, there was an increased demand for housing, which resulted in a building boom (and is one of the reasons why Californian houses are so small).

After the Second World War, the industry of production and manufacturing turned to mass-production and efficiency. This was also true for the construction business.

Adding a basement was an extra step that slowed down the assembly-line type of construction, and so it was foregone in favor of turning out the important aboveground living areas as fast as possible.

There was also less need to fit as many rooms in one building after World War II, as there were large reductions in housing density, and the expansion and advancement of travel meant that centralized housing was less necessary.

So, the housing trends were definitively turned towards single-family, detached dwelling units in the areas we now know as the suburbs.

2. Misconceptions About Earthquakes and Basements

Earthquakes are a common natural hazard that occurs in California. Suppose you are asking about why basements are so uncommon in California. In that case, you might receive answers about the danger (or the expectation of damage) of having a basement in the event of an earthquake.

The increased likelihood of the house collapsing or that the basement shell wouldn’t survive the shifting ground, and other horrors along those lines might be cited. However, the worry over earthquakes is a bit of an urban legend about the reason for the lack of basements in California. This myth is unfounded.

Basements must be built in accordance with the International Residential Code (IRC) and the amendments made by the State of California.

Section R401 of the California Residential Code states that foundation and basement constructions must be done in accordance with local engineering standards and practices. The structure must be designed for flooding and to support soil loads.

Section R402 of the amended code also specifies the quality, strength, and treatment of wood and concrete materials to build a basement.

If basements were unsafe in California, the California Residential Code (which is intended to keep health and safety in buildings) would clearly state that these areas are not permitted.

Basements may require special finishes and construction supports for the seismic activity in California, but there are no official issues with building a basement.

Take a Detour
Is Range Hood Required in California

The IRC Section R403.1.4.1 states that foundations and building supports (unless otherwise protected) must be protected from frost and one method of doing so is by extending them beyond the frost line.

If your foundations are not below the frost line, you can expect them to degrade. With the constant shifting of the ground as it changes temperature, your foundation will suffer. Cracking will occur, and with cracking, water is able to leak into your basement or the foundation walls and floor.

These things will likely only get worse over time, and you will have to go through a (potentially) large and expensive project to redo the foundations of your house, or you will repeatedly have to reseal and fill cracks.

You will also have to frequently contend with water and moisture in your basements. Water does its own type of damage to walls, floors, and furniture. It also promotes infestation problems and mold and mildew problems (along with a team of other fungi and bacteria).

Pipes Don’t Need to Be Protected From the Frost

Basements are also used to protect pipes from freezing and subsequent cracking. In colder areas, you have to bury them deeper underground. The depth needed for the pipes makes it convenient to just add extra living space below ground to provide enough access and properly utilize the space.

However, there is a significantly lower risk of your pipes freezing and becoming damaged in warmer states like California. Since pipes can have shallow installations, it is considered more unnecessary to go to the expense of building a basement.

Basements are very expensive to build if you have a shallow frost line that makes them optional.

To build a full, unfinished basement, you can expect a bill of approximately $40,000. So, your wallet is going to take some abuse on this one.

Moreover, you need a permit to finish your basement if you want to use the area as a finished garage or living area, which includes the extra cost for the permits and work needed for the project. The cost of finishing your basement ranges from $22,000-$46,000.

As you can see, it is a hefty price to pay for an area if a basement is not necessary for your climate. 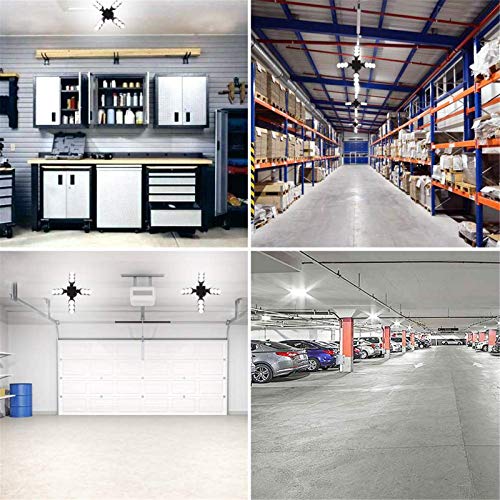 There are several uses for a basement area: a laundry room, bedroom/suite, family room, or garage. However, if basements are not standard parts of house construction in your state, it is likely going to be cheaper to add the space aboveground.

For example, to build a garage in California, the average cost is $44,210. This means that a professional construction of an aboveground garage is going to cost you half of what it would take to construct a basement and convert it into a garage.

California is, of course, hot and desert-like, which means that temperatures can be scorching during the day and drop significantly at night.

There are laws spanning most of California that require insulation of foundation walls and cavities such as basements. This is to assist with energy-saving. But there are some tricky aspects to insulating a Californian home well.

Insulation needs to allow for cooling during the day and to hold heat for the cold nights. This means that you need to select the insulation you use carefully. Californian insulation needs high thermal mass, which dampens temperature fluctuations.

For your basement, it means that you are going to have a more complicated process for insulation.

The regulations for energy conservation require specific categories of insulation. The type for cavities (R-13) or continuous insulation (R-5) is required for foundation walls. So, you will have to add a complicated step into your building plans for insulation.

6. No Basement Has Become the Traditional Design

Because of the lack of need for a basement in California and the cost of adding it on, having no basement has become the norm.

It is also less costly and time-consuming for contractors to skip digging holes for basements and maintaining that equipment. They also have to deal with waterproofing, which is quite a process. But building a basement is expensive for both the contractors and the homeowner.

So, over the years, California has developed and maintained the tradition of building houses without basements. Few contractors will even consider that in the planning unless you specifically request it.

Are Basements Illegal in California?

Basements themselves are not illegal in California.

There are situations where basements can be illegal, though. Previous owners may have retrofitted basements into their property. If the basement was built without permits and approval (or even finished without a permit), you might find that yourself with an illegal basement.

The reasons a basement would be considered “illegal” would be when they do not comply with residential codes, internationally and locally. This is why approval, permits, and inspections are required for basement building and finishing, as this is the process that verifies the code compliance of your home.

What Is A “California Basement”?

A California basement is a faux or mini basement. It is, in fact, an excavated hole that sits beneath the ground floor of the house. It does not span the entirety of the foundation, and it would not be possible to use as a living basement.

California basements are intended to house appliances, pipes, and ductwork, so it does not take up space in the house but has no uses beyond that.

You cannot convert this type of basement into a living space, as it would not be big enough. These rooms are also built without habitation in mind and lack many of the polishes that even unfinished basements have. Such as proper sealing and sufficient space for movement.

Commonly, you will find boilers and furnaces in the California basement.

Other countries were where basements are rare are Australia and Enngland. There are many proposed reasons for this, but only some of them are true. Read Why Don’t Houses in Australia Have Basements and Basements: Why Are They Uncommon In England if you are interested in learning more.